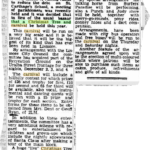 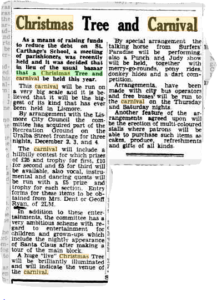 The Carnival appears to have been a roaring success as reported in the Northern Star on Friday 3rd December 1954. 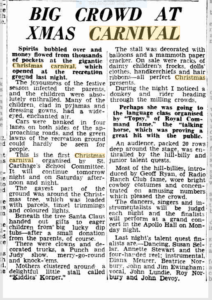 Those days are so far off now and Christmas does not seem to have the excitement that it did for me as a child. I am sure that this is part of growing up and getting older and discovering how the world really works. I do hope that there are many children out there who still feel the magic and excitement of Christmas. I suspect that my 5-year-old grandson does. He was overheard telling his 9-year-old sister that Santa Claus can see everything you do and hear everything that you say.
Happy Christmas to you all and best wishes for a safe and fulfilling New Year.
Meg Carney