With the continuation of COVID and its restrictions on movement of people and lockdowns, 2021 has been a difficult year; a year of disrupted and/or cancelled regular, enjoyable activities with no travel to compensate for these losses.

To fill in time, I decided to sort through all the family documentation that had been handed down to me over the years and was now laying hidden at the back of a cupboard in an overlarge lidded tub. 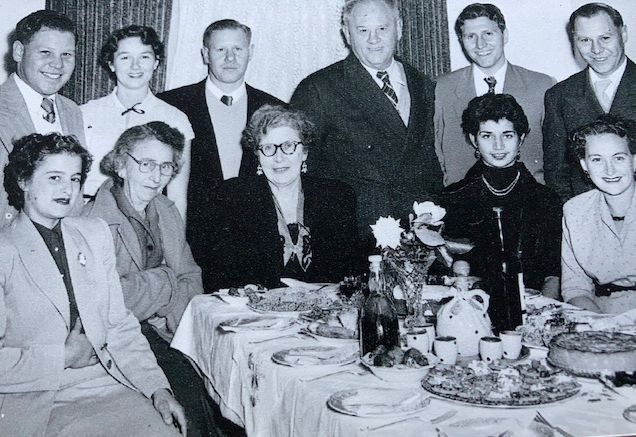 On opening the tub, I felt overwhelmed as there were, in no particular order, numerous diaries, letters, military records, newspapers reports, hundreds of photographs and other memorabilia sitting there. Initially, the task was a frustrating and tedious chore, but it soon became an obsession as my family history unravelled itself.

The oldest document in the tub was a photocopied compilation of a diary written in 1865 by my great-great grandfather, Jacob Louis Frankel (1812-1899) born in Breslau, Prussia (now Wroclaw, Poland).

The diary outlined Jacob’s time from when he was a  schoolboy in Breslau; his apprenticeship to his uncle a cloth merchant; his subsequent journey by foot to Holland and then boat to London; the first few years of his stay there; his marriage to  (Miriam) Sarah Moses (1812-1847) in 1835; his, his wife and their three children’s  journey on the “Calcutta” to Hobart Town in 1842; the death of his wife Sarah in 1847 and the subsequent loss of their children to her family in Sydney; his adventurous journey by boat in 1849 to San Francisco via Tahiti, Honolulu and other islands in the Pacific Ocean; his stay in San Francisco and his return again through the Pacific Ocean to Sydney in 1852; and his decision to return to Melbourne where he set up a shop in Swanston Street.  In 1856 he became an auctioneer.

The diary did not cover the period from 1856 until Jacob’s death in Wellington, New Zealand in 1899 nor mentioned that he had remarried in Melbourne in 1857. 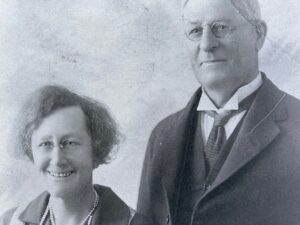 In 1866, the family who by then had grown to mother, father and three children moved to Wellington where they settled. Another two children were born in Wellington.

In this document written over 165 years ago by a man born 209 years ago, was the blueprint for how and why the Frankel family has and continues to live. I wonder what Jacob would think that 156 years on from writing the final diary notes, his hundreds of descendants would still have a similar value system and find comfort in what he had written.

As a family, when you and your cousins are living a similar life, you tend not to question what your ancestors did, and why it was unusual for the time in which they lived. 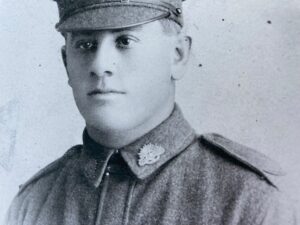 In 1825 Jacob left school aged thirteen (13), able to read and write fluently in German, Hebrew and French. He was also proficient in Mathematics and Geography. Further reading and digestion of the other documentation in the bin, showed that Jacob so valued a good education that he ensured his son, my great grandfather Philip Louis 1863-1943 received an education at an elite school in Wellington New Zealand.

Philip’s son, my grandfather, Alan Philip Frankel (1895-1962) went to Brisbane Boys Grammar where in his senior years he was a house and a library prefect, in the First Fifteen for Rugby Union and in the School Cadets.

In 1912, three years after an Act of State Parliament on 10 December 1909 founded the University of Queensland (UQ), Alan entered UQ where he obtained degrees in science and engineering.

I also am a graduate of the UQ (1970-1973). At the time of my attendance, I did not know that my grandfather had also been a graduate and that his name is on the WW1 Roll of Honour Board there.

The values and morals of the family still revolve around the last words said to Jacob Frankel by his father Shimon Fraenkel as he started his journey by foot towards England in 1831, “Be Honest. Be Upright and Keep your religion.”

Each male descendant since that time has written a farewell letter to their wives and children before their death. The concepts of being honest in your dealings with others, of community service are still adhered to by the current generations today. Over the last 70 years, keeping your religion (the Jewish faith) has changed. While some family members are still Jews, a larger number of others have changed faiths (usually through marriage) or are non-religious.

Each of the Frankel descendants and their wives have been heavily involved in community service. In the past, the men participated in their individual Jewish synagogues; sporting activities; Freemasons; the Arts; the Royal Brisbane Show; and the Scout movement. The women involved in Jewish women’s activities; supporting the various groups established to support Australian soldiers in WW1 and WW2; the Jewish scouting movement; and other activities in which their children were involved.

My father, Neville Roland Frankel (1925-2005) lost his Jewish faith through marriage to my mother, Dorothy Elizabeth Black (1930-2015). Dad remained committed to being honest, his handshake was his word, and to community service. Wherever we lived, Dad emersed himself in the various Progress Associations; handing out voting cards for his preferred political party; Rotary; and the numerous bowling clubs to which he belonged.

My father and mother moved to the Sunshine Coast in 1985. In 1990, my father joined the “Toll Busters”, a group of Sunshine Coast residents who opposed the introduction of tolls on the proposed Sunshine Coast Motorway and implemented a civil disobedience campaign that lasted until 1996. This was to be my father’s last long-time commitment to community service. He did however continue with bowls but only as a player.

My mother’s community service revolved around her church; becoming a leader in the Girl’s Brigade and undertaking many and varied positions within the Baptist churches wherever she and Dad resided. While residing in Kalbar, when it was flooded in, my mother began cooking large pots of stew to feed any of the farmers that were forced off their farms and they then slept in the family lounge room.

Who knew that family history could be so reaffirming?