↓
GSQ Blog→Glasgow→Blitz→Finding Answers After A Lifetime of Wondering.

I can easily list a multitude of reasons, or rather joys, that my profession as a Genealogist brings; not only to me but a lot more often to my clients.  There are certainly times I will exclaim a loud “YES!” when I uncover information that I know will delight the client and their family.  There are also times when my hand goes to my mouth and I quietly say “Oh my gosh…” because of a newly found piece of information that is not only sensitive, but extremely shocking or sad.  My mind quickly turns to thoughts of how to tell the client, or what to tell them.  In this profession it is never an option to hide information from someone who has hired you to research their family history, but we do have to treat what we find at times in a delicate way.  After a recent project in which I discovered something I never dreamed I would find, I very quickly found myself wondering how to present the information to the client and her mother.  Walk with me on this difficult road for a little.

My client was a woman in her 50’s, whose maternal grandmother Ann Clement, had come to Australia from Scotland in 1914 when just a young woman.  She asked me to research her maternal grandmother’s line for her elderly mother (I will call her Mary) who was still alive and close to 90, because neither of them knew very much about the Clement family branch.  Mary was very keen to learn about her mum’s family and where they came from.  She wanted to know what they did in their daily lives, and the traits and characteristics they shared which might have been passed down to her and her siblings.  Mary wanted to know what had become of her mum’s siblings and her grandmother Janet – whom she had never met.  Okay, I thought, this would be a great project.  Scotland has fantastic records, some of the best BMD’s, and perhaps the best online source for documents because they are all in one central repository.

The first few months of any project is dedicated to intensive research, after which we turn to consolidating and putting everything in order, getting it ready for the final presentation.  It was then that I checked my notes and was reminded about finding where Mary’s grandmother and aunts/uncles lived in their later lives.  We knew the Clement branch had its roots in Abernethy, Perthshire, then later moved to Glasgow.  It was in Glasgow where Mary’s mother and aunts/uncles were born and where they were still living in 1911 prior to Mary’s mother emigrating to Australia.  Therefore, my first thought was to search records pertaining to Glasgow to locate the Clements in electoral records and marriage/death indexes.

It wasn’t long before some names came up that I recognised, Janet Clement, Alexander Clement, & Helen Clement.  All their names appeared alongside each other in a death index.  Janet was Mary’s grandmother, and Alexander and Helen were the names of her uncle and aunt – two of her mum’s younger siblings who had remained in Scotland.[i]  I was thankful to have found them to relay this information to the client and her mother, therefore I clicked on one of their names to open the record in more detail (I was using Ancestry.com) and that’s when I saw something interesting.  I say interesting because I am not so well versed on my war history – yet others would have picked up something long before I did. 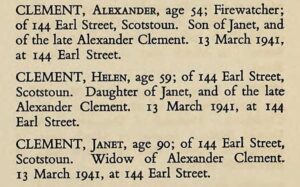 The snippet at right shows what I saw when I opened the document image.  So, reading the names and information I thought to myself “oh gosh, wow, they all died in the same year – incredible!  Why, what happened???”  Then I thought – what am I looking at?  I often scan very quickly down a page on the computer screen and can find easily the names that are relevant to my research, and more often than not I hover over the image and open the image first – before looking at the repository it came from.  I find this to be a more efficient way in finding information, because we all know how many mistakes are found in the information on the screen and in indexes and lists.  Opening the actual document or image will very quickly tell you if you have the right person or not.  So, this is what I did; and very quickly I saw the three names that I knew were Mary’s grandmother, aunt and uncle.  But not until I saw the actual dates of death did I scrunch my brow and wonder… “hmm…they all died at the same place on the 13th March 1941…”.  I only needed to scan my eyes up to the top of the screen on Ancestry.com to see the telling, yet chilling, collection title:  UK, WWII Civilian Deaths, 1939-1945. Oh no!  No!  Really?  Where, how, when, what??  So many questions went through my mind, but the one that resonated was the how?  How did they die? What happened? 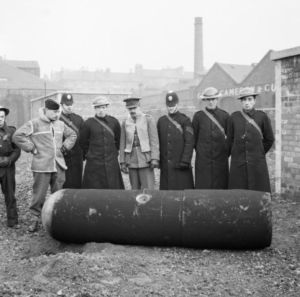 Police and Army bomb disposal officers with a defused German 1000kg ‘Luftmine’ (parachute mine) in Glasgow.

It didn’t take long to research this fateful day – 13 March 1941 – the day of the Clydebank Blitz.  Nor did it take long to find their death records on Scotland’s People, and to see the harrowing causes of death: “Due to War Operations.  Injuries caused by falling masonry” and “Injuries caused by High Explosive Bomb”. Unbelievable.[ii]  Too hard to believe.  Too much to take in.  And these were not my ancestors – yet these feelings were all too familiar.  One doesn’t need to know someone personally to feel sympathy for them, to mourn for them, to want to cry out for them.

The discovery led me to research in detail the story of the Clydebank Blitz, and in doing so, I came upon perhaps the most joyful discovery amidst all the pain.  It was the memorial to the Clement family at the Cadder Cemetery in Bishopbriggs, East Dunbartonshire.[iii]  Mary’s grandmother Janet (nee Young) had first erected the headstone for her husband (Mary’s grandfather) Alexander snr, who died in 1920. 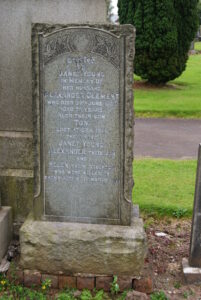 Upon the headstone she had also recorded the tragic death of their son Tom (one of Mary’s uncles) who was tragically lost at sea in 1914.  However, it was the words at the bottom, later added by Mary’s family back in Scotland that to this day evokes thoughts of sadness and loss.  The picture of the headstone below resonates the words:

I was left with the how and what to tell the client and her mother Mary.  This was Mary’s own grandmother, aunt and uncle!  What would I say?  In the end, I did what I always do – I told them everything.  It was hard for them to hear, yet it was such a joy for them to know – if you can understand that.  I’m sure you can.  I’m sure you agree that it is the “not knowing”, and the wondering and making up answers in our heads, that is harder to deal with.

I am so very thankful that I get the privilege of bringing to light the information that can oft times provide an answer after a lifetime of wondering. 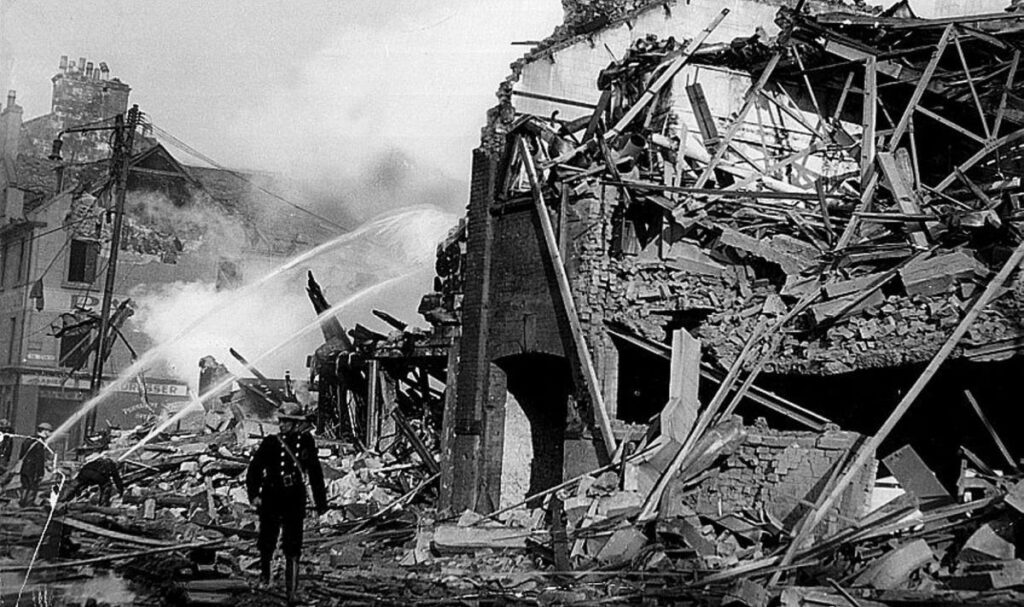 [ii] Police and Army bomb disposal officers with a defused German 1000kg ‘Luftmine’ (parachute mine) in Glasgow, 18th March 1941 – the same bomb was used to destroy the street where the Clement family lived. This photo of the bomb is the same type which was used throughout the Clydebank Blitz and fell in Earl Street where the Clement family lived.