Do you know where the Azores are located? It is an archipelago composed of nine volcanic islands in the North Atlantic, which are an autonomous region of Portugal and located about 1,360 km west of that country. 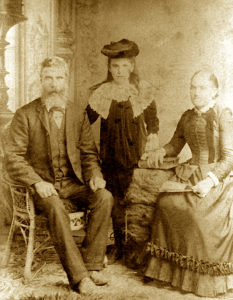 Growing up on a remote group of islands, it’s not surprising that Joseph Antoney choose a life at sea. Onboard he was a sailor and quartermaster who left the Fiery Star in Brisbane, Queensland on 20 November 1864. He married Elizabeth Hannah Young on 30 July 1867 and initially settled in Bowen before moving south to the Mackay district. Joseph carried out several farming ventures including sugar cane growing, beef cattle and winemaking.[i]

Joseph was one of the instigators of the movement which led to the establishment of the Central Sugar Mill at Mackay, namely the North Eton Cooperative Sugar Milling Association Limited. [ii],[iii],[iv]  Work on construction of the Sugar mill began in early 1887 and a branch line was laid from the Mackay-Eton railway line to the mill site.  The mill was officially opened on 1 January 1888 by the Queensland Premier, Samuel Griffiths even though the mill was still not completed.  The mill was christened “The Defiance” probably due to the fact it was built less than a mile away from the Victoria Mill. After completion in August 1888 the first government-financed Central Mill in Queensland crushed for the first time. 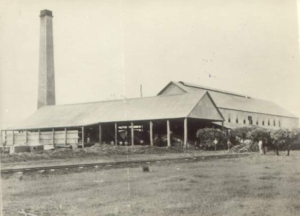 Fortunately, or unfortunately, depending on your point of view, Joseph was declared an Alien in 1920 and applied for and was granted Naturalisation.[v] As a genealogist, I say fortunately, because Joseph listed all the places and ships he had been on as a sailor. This has allowed me to build up a picture of his life before Australia. I did wonder why Joseph chose to leave the ship in Brisbane when he had been all around the world, but I’m guessing that he saw an opportunity in our developing country. Also, more importantly, his future bride Elizabeth Young, was a passenger on the Fiery Star and had left the ship in Rockhampton, so he had a motive for leaving. It was fortunate Joseph disembarked in Brisbane as on her next voyage back to England the Fiery Star caught fire off New Zealand and sank with the loss of 79 lives. Joseph died on 24 December 1923 and is buried in the Mackay General Cemetery with his wife, Elizabeth.[vi]

On my paternal line, my great grandfather Emanuel Vero arrived in Australia from the Azores before 1874 when he married Dorothy Oswald in Newcastle, New South Wales. Unfortunately, I have not been able to find an accurate shipping record for Emanuel, so perhaps he swam!

Dorothy’s Oswald family was involved in coal mining in Northumberland before emigrating to Australia, so it makes sense that they would take up coal mining in Australia. Emanuel & Dorothy had nine children, five boys and four girls who were all born in the suburbs of Newcastle. Emanuel worked at the coal-loading port as a coal trimmer, and that is where he met his future son-in-law Arthur Connor who married Dorothy Vero in 1907. 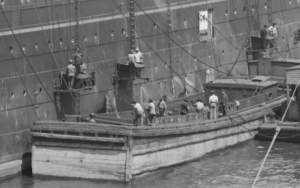 Life was hard in Carrington for families and in 1894 Emanuel applied for bankruptcy[vii] as noted in the Maitland Weekly Mercury of 7 Jul 1894, he was aged 58 at the time. The local community respected Emanuel and his family as in April 1902 the Newcastle Morning Herald and Miners’ Advocate reported that a meeting was held to make final arrangement for the Vero Family Benefit with the Mayor Alderman Light occupying the chair. It was successful as the Newcastle Morning Herald and Miners’ Advocate reported on Wednesday 23 April 1902. [viii]

I wonder what exactly were the hard times that befell the Vero family in the later part of the 19th century, first causing Emanuel to apply for bankruptcy and then for the community to hold a benefit concert. I hope that the proceeds from the concert and the apparent kindness of the local community helped the family. Emanuel and Dorothy lost a son, William Joseph, in March 1902, when he was 20 years of age.[ix] Another son, Frank was seriously injured on 20 February 1898 when the cart he was on jolted, and he fell off and the cart then passed over his skull.[x]  Emanuel died on the 1st June 1905 at his home on Little Denison Street in Carrington a suburb of Newcastle.[xi]

Thinking of these two men, they both had ‘new beginnings’ and new lives in Australia. Emanuel found work at the docks in Newcastle as a coal trimmer and life was hard. Joseph had a more prosperous life in that he selected property and farmed the land. A strange occupation for a seaman perhaps? Maybe he came from farming stock in the Azores, and I will probably never know. I also wonder how they managed with the language, as there were no English classes in those days for migrants!