Police Gazettes are another treasure trove of information that is overlooked by many genealogists. Each colony government produced Police Gazettes on a regular basis. They were the working journal for the police.

Reporting on crime is a major purpose of the Gazette being the daily business of the police and you find out a lot of details such as what happened, where it happened, details of the victim and the crime, the details of the suspect. 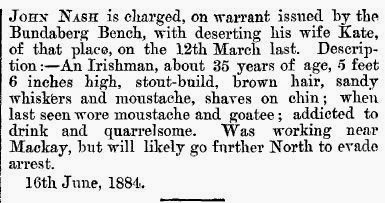 Some of the statements can be quite blunt and I don’t know if any of you want to claim John Nash as he is addicted to drink and quarrelsome?

Many of the reports are of theft and it is quite possible your ancestor will be listed as the victim of a crime as seen here.

The Gazette listed the people entering prison, being released from prison, being wanted on suspicion of crimes, and deserters from ships.Often you will get a detailed description of the offender and sometimes even the ship upon which they arrived in the colony.

Maybe your ancestors were not the criminal type but more on the law-abiding side of the fence. The gazettes also listed the victims of crime, the Justices of the Peace, the  persons registered to perform marriages, the persons who could take affidavits and  the doctors registered in the state. 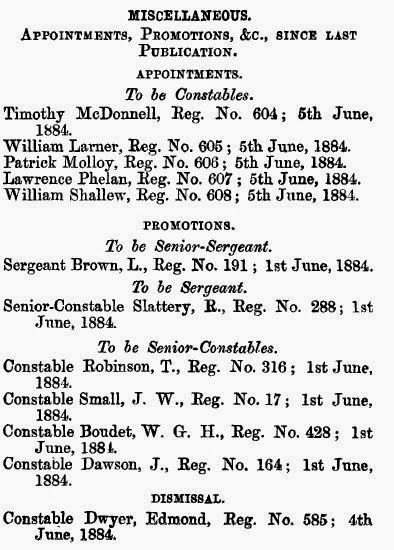 As you can see it gives some information about the doctor, the date of registration and his qualifications which can give further research clues.

You can also get information about the police staff, their transfers and promotions.

The Gazette also lists deaths reported to the police and unfortunately this also lists unknown deaths where teh police were unable to identify the body.

There are also inquiries from other colony’s police forces about criminals that have absconded from their region.

The “Missing Friends” section is always an interesting read and there are details contained there that you would never find elsewhere. 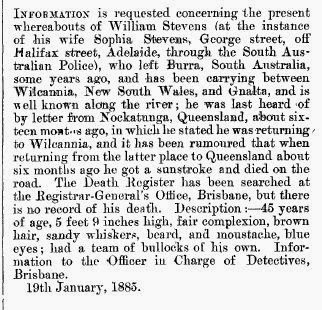 So in this instance Jean Wallace Walker has inquired of his whereabouts as she is pregnant or has perhaps already given birth and wants to sue for maintenance. From this you have a detailed  physical description, previous occupation and previous town of residence.

Many of the Missing Friends queries give a history of their working life and places they have been. Also the relationship of the enquirer is often listed, their whereabouts and reason for wanting to find the missing person.  I have heard of someone tying down a place of origin in Europe from a Missing Friend query.

The missing friends entry shown here was sent to Queensland from South Australia.

The GSQ library has many Police Gazettes from around Australia. Date ranges vary but most will have coverage through the 1800s and the early 1900s. They are in PDF format and are text searchable and should be on everyone’s research list.