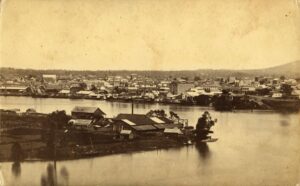 Shipping was the lifeblood of the colony of Moreton Bay. Through the convict period and the early years of free settlement, everything including people and animals came by sea. The sheltered bay was a highway for local shipping traffic. Quarantine stations, pilot stations, and outlying settlements all required a regular service. Sailing vessels of all sorts and sizes plied the coastal route from Sydney to Brisbane, stopping along the way to deliver goods and collect valuable loads of timber.

In the early 1840s, when the fifty-mile exclusion zone around the old convict settlement was lifted, the Darling Downs squatters began sending their wool down the treacherous slopes of the Great Dividing Range to Ipswich. The great river traffic began. Tackling the swift-flowing tide, sandbanks, and numerous snags of the Brisbane River became a daily exercise.

The shallow bar at the mouth prevented large vessels from unloading at the wharves in town. Lightering vessels made daily runs down the river, returning loaded with goods and people. As the number of immigrant vessels increased, so did the quantity of cargo shipped through the Port. 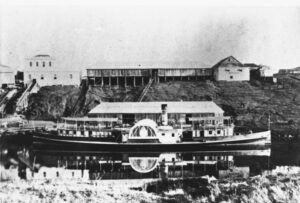 In the mid-1850s, paddle steamers began working alongside sailing vessels and punts. It wasn’t just the mariners cashing in on the trade. Investors, bankers, entrepreneurs, merchants, farmers, grocers, and butchers purchased ships of all sizes. By the mid-1860s, at least two dozen paddle steamers huffed and puffed along the river and out to the bay.

The Merchant Shipping Act of 1854 modernised the registration of ships, requiring official numbers and consistent calculations of tonnage. The Register of British Ships for the Port of Brisbane kept these details for the Moreton Bay area. The National Archives have digitised the Register and its subsequent Continuation Books. Hidden inside are the stories of the vessels, from their launch or registration, through modifications, to their loss at sea. The Register includes date, builder, type, construction and propulsion method, owners, mortgagers, partnerships, alterations, sale, accidents, and wrecks. Full names and occupations are listed. Peculiarly, and thankfully, the men who compiled this information had mostly excellent handwriting.

To better understand the register and aid research into the early days of Moreton Bay shipping, I have created a free index. It is available at https://sites.google.com/view/ship-register-index/home together with helpful hints on accessing the images. If you have ancestors with maritime, banking, farming, or trading interests in Brisbane between 1856 and 1875, then it’s worth a look. Further updates will be available.

An entrepreneurial butcher, a successful grocer, a flashy con-man and a legendary floating still are among the many tales found among the records.

During the 1860s and into the early 1870s, Richard Symes Warry, grocer and Council Alderman, owned six sailing ships, the largest being Missie at 96ft (29m) in length. With this number of vessels, he was a serious contender in the grocery cargo game.

Not all entries tell the complete story. In 1868, George Harris sold Hamlet’s Ghost for £500 to Count Von Attems, an apparently wealthy, well-connected aristocrat who had recently arrived in Sydney, charming the socially-starved society. Unknown to George Harris, the “Native of the Empire of Austria” was a clever con-man. Leaving behind a mountain of debt, Count Von Attems re-located to Brisbane. He was not a nobleman, but an accountant called Kurt Oswald Schmulz from a middle-class Austrian family. He had travelled the world with fake introductions, living the high life, promising everything, and delivering nothing. From Brisbane, he planned to escape by sea north via Batavia (present-day Jakarta, Indonesia).

Hamlet’s Ghost, a luxurious 45ft (13m) private schooner with its own unusual origins, was perfect. Five years earlier, the survivors, using scraps from the wrecked Prince of Denmark, had built Hamlet’s Ghost on a deserted island in the Coral Sea. The vessel was then purchased by merchant George Harris and refitted for his personal use. The Count departed for Batavia on Hamlet’s Ghost just in time. As the vessel was sold to a foreigner and left Australian waters, the register fails to tell the rest of the story. A month too late, arrest warrants for the scoundrel arrived in Brisbane. For the rest of the story, check out the links below. 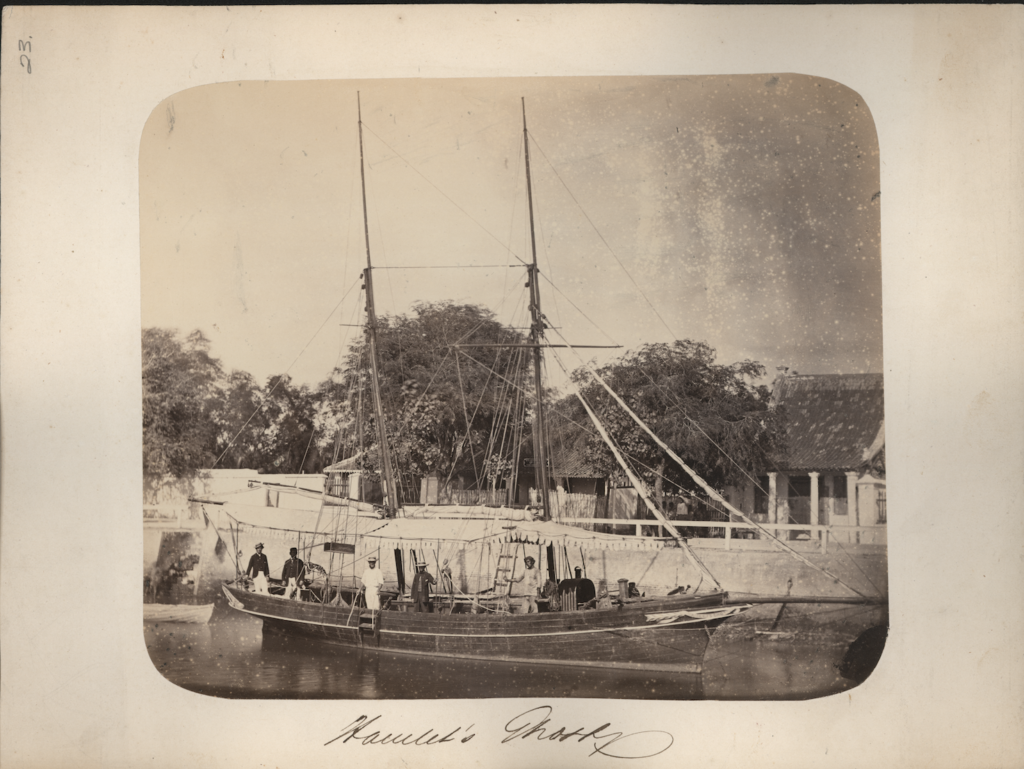 Another entry in the Register dispels the myth of the Walrus, once a floating sugar mill and rum distillery. Popular folklore, and at least one official record office, has doggedly stuck to a romantic notion of the ship’s demise. The story goes that in 1884 Francis Gooding and John Davy took the rum still from the Walrus, which lay abandoned by the side of the Logan River. They then used the still to establish the Beenleigh Rum Distillery. The Register tells another tale. 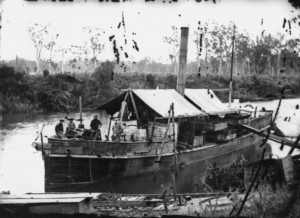 First registered in 1864 as a sailing vessel by the builder Taylor Winship, it was refitted and re-registered in 1869 as a steam-powered floating sugar mill. For a short time in the early 1870s, the Walrus had a licence to distil rum. In 1873, the Walrus was shortened and remodelled. The equipment and rum still were sold. In November 1873, Samuel Hodgson, a timber merchant, purchased the Walrus. The shipping register’s final entry for the Walrus states, “Registry closed 10 Dec 1879 broken up in the Brisbane River.”

The Register of British Ships for the Port of Brisbane hides stories of fortunes won and lost, lives lived on the rivers and seas, and mysteries solved.

There are hundreds of stories. Does one of them belong to your family?
This blog is dedicated to the late Bob McAllister, who was the inspiration behind this project