The population of the Northern Districts, known as Queensland from late 1859, rose from 2,525 to 30,059 in the fifteen year period between 1846 and 1861. The vast majority of this increase was attributed to the arrival of 16,491 English, Irish, Scottish, German, Chinese and Indian immigrants (including 637 British ticket-of-leave convicts or Exiles and the 129 Irish orphan girls) between 1848 and 1859. These were desperately needed to help overcome the shortage of labour in the pastoral industry. Disembarking at the port of Brisbane from a total of 46 vessels, most travelled directly from their homelands as assisted immigrants. The steamer which operated regularly between Sydney and Moreton Bay brought in 1,699 souls – the majority of the Asian sector, one fifth of the Exiles and all of the orphan girls. Only 400 of the 13,000 British and Irish emigrants did not travel directly on the 46 ships which departed from either London or Liverpool

Except for the 566 settlers brought out on the Fortitude, Chasely and Lima by Rev. Dr John Dunmore Lang in 1849, the Anglo-Celtic element was largely made up of “government” immigrants financed totally by the Colonial Land and Emigration Commission. If southern figures are a reliable guide, many would have paid their own fares and were thus not constrained by the limited employment conditions imposed upon the government arrivals.

Contrary to popular belief, Scots did not predominate among the Lang migrants. They comprised less than 10% of the complement. The vast majority were English persons of an Evangelical and radical background recruited through Lang’s columns in the British Banner.

Only 1476 people (1038 adults and 438 children) of Scottish birth found their way to Brisbane on 31 ships. The Scots comprised only 9% of the total immigrant influx and 10.6% of the British-Irish intake. The German “new chums’ outnumbered their Scottish counterparts by 339. Compared with nearby Canada and the USA, Australia was not a popular destination for Scottish immigrants.

The Scots arrived in “dribs and drabs” until 1853. Thenceforth direct immigration to Moreton Bay changed dramatically for the better following favourable British Government reaction to a well-supported local petition and the approach of George Leslie demanding that the north receive its fair share of the colonial labour force imported by the proceeds of the sale of Crown land. In addition, the labour shortage had been exacerbated by the loss of workers to the southern goldfields. Not unexpectedly, these emigrants were required to enter into government-arranged employment contracts to prevent an exodus to Victoria. 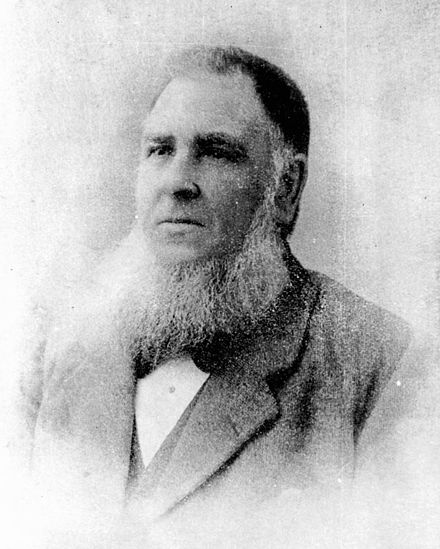 The peak of Scottish migration occurred in 1854-55 when the Ghengis Khan, John Davies, and William Miles disgorged more than 460 Scottish immigrants, some 260 of these arriving on the latter ship. One of these passengers, John McMaster, who was destined to become Mayor of Brisbane, claimed at the golden jubilee celebrations of the arrival of the William Miles that all his fellow passengers paid their own way.

Most of the Scottish immigrants (43%) hailed from the Highlands. Of the 450 Highlanders, most came from Inverness, Ross, Perth and Sutherland. Only six migrated from the impoverished and famished Isle of Skye. As one would expect, most of the Lowlanders migrated from Lanark (115), Midlothian (87) and Fifeshire (97). Only 62 emanated from the North-East, the majority being Aberdonians (38).

It would appear that pre-separation Queensland did not receive many of the Scottish poor. Originally destined for Moreton Bay in December 1852, the Highlands and Islands Emigration Society’s Marmion, bearing 220 destitute crofters from Mull, Morven and lona, was diverted to Portland, possibly because of the gold-induced shortage of labour in Victoria.

The occupations of the immigrants reflected the mix desired by the colonial interests – 612 of the semi and unskilled labour class (420 labourers, 108 domestic servants) and 119 skilled artisans (23 blacksmiths, 38 carpenters/joiners and 22 masons). Most of the tradesmen were derived from Lanark and Midlothian (Glasgow and Edinburgh areas). The only representatives of the unwanted white-collar class were four necessary teachers. The wives, a minority of whom were mothers, numbered 267.

As one would expect, 93% were adherents of the major divisions of the Church of Scotland. Compared with the figures of southern Scottish migrants, the literacy rate of 92% was high, six men being graduates of Scotland’s excellent universities and teachers training colleges. The illiterates numbered 44 whilst 40 could only read. Reflecting one of the major inadequacies and inequalities of the otherwise admirable Scottish parochial school system. 64% of illiterates were women, mainly Highlanders.

Apart from a handful, these people melted into the pastoral hinterland to form the labour force of the pastoral stations. It is anticipated that many made their marks on their local communities during the ensuing decades following the sub-division of the huge pastoral runs into agricultural holdings and closer settlement. 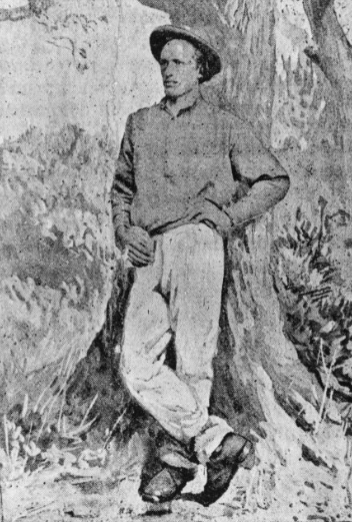 The activities of the seemingly unspectacular majority, driven by the tenets of Calvinistic piety, upward mobility and respectability possibly reside in the notebooks of family historians who have lovingly and painstakingly reconstructed the lives of their Scottish pioneer forebears. What an interesting story of the Scottish contribution to pioneer Queensland could emerge if the fruits of these grass-roots researchers were collated and published.

(I wish to acknowledge the work of Dr Rod Fisher in collating immigrant shipping, direct and indirect to Moreton Bay 1848-1859 for the compilation of the following table showing year-by-year numbers of vessels, totals of immigrants, numbers and percentages of Scottish and British/Irish immigrants.)