On the 4 August 1914 Australia was informed by telegram from England that a state of war existed with Germany. From a population of fewer than five million:

These numbers meant that most families had either a direct family member or one from their extended family serving in one of the theatres of war and remember there were a number of these, including Gallipoli, Western Front and Palestine as well as German New Guinea where there was the mostly unknown today Battle of Bita Paka on11 September 1914 resulting in Australia’s first causalities in World War One.

2014 commemorates 100 years since the day that had  a profound effect on everyone in Australia.


There will be many projects, publications and memorials commemorating the 100 year anniversary and remembering all those lost.

A pretty spectacular commemoration event, is this one I saw at the Tower of London, on my recent trip, where they are commemorating the over 800 000 lives lost by having a red ceramic poppy for each life lost planted in the moat. 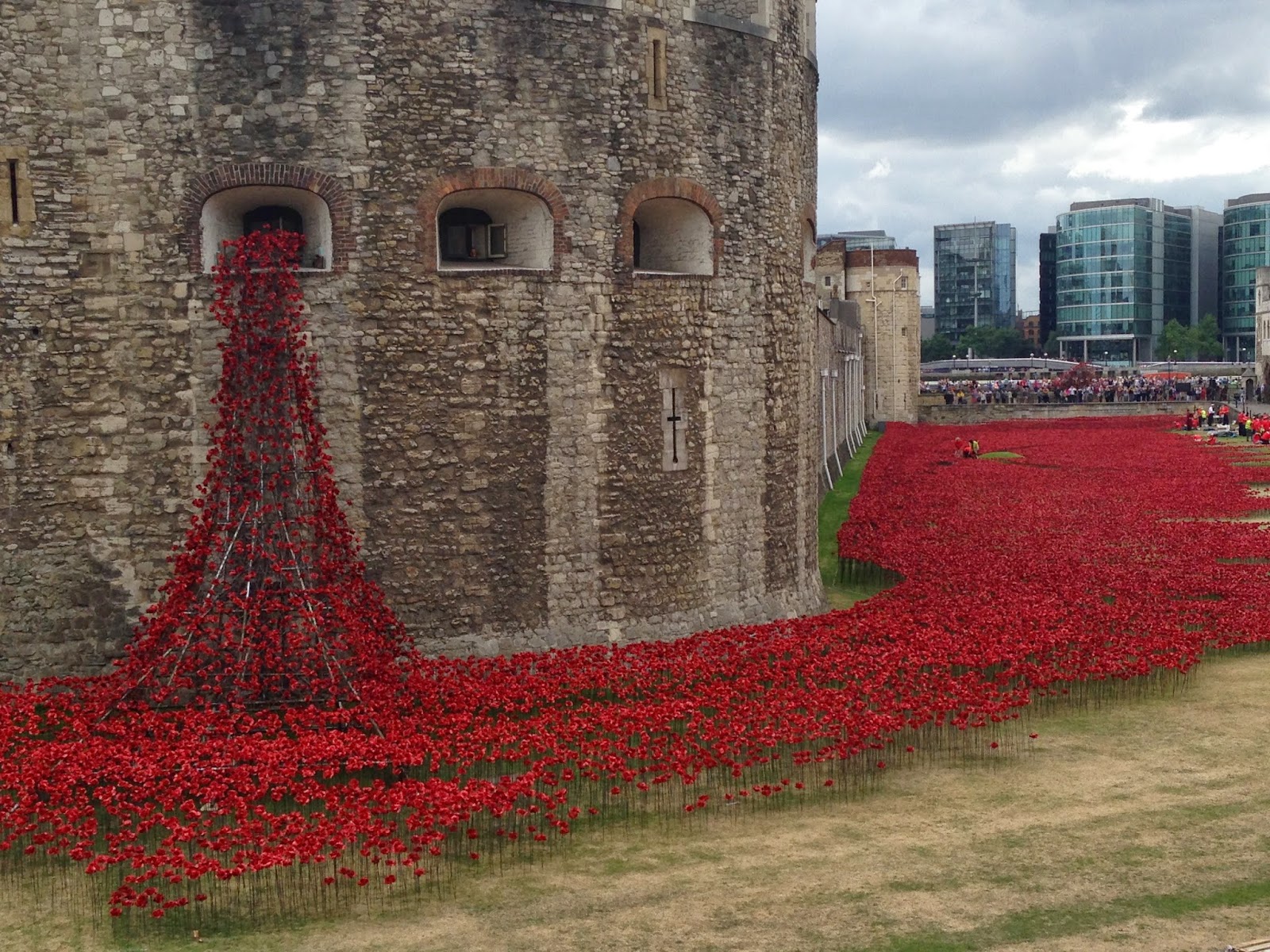 Poppies will continue to be added until Armistice day until it will be a sea of red stretching right around the Tower.

The Genealogical Society of Queensland have a special World War One project happening:
“The primary aim of the project is to compile a comprehensive database of Honour boards (including small memorials) and the names thereon, dedicated to WW1 men and women throughout Queensland.
This does NOT include major public memorials, cenotaphs, memorial entrance gates to parks etc.  Many of these are recorded elsewhere and it is often the Honour boards which are lost due to ‘demolition’  of buildings etc.

Secondly, the aim is to identify the people named and provide research information on as many as possible.
Further information about the project and what you may be able to do to help can be obtained here.”

There were so many Honour Boards that are now lost so this is a chance to document those surviving. My great-grandfather George Howard Busby, a Gallipoli veteran was commemorated as having served on the Fire Brigade board, the whereabouts of which is now unfortunately not known.


GSQ now also has a Military History Special Interest group to help people research their military ancestors and you can check out here for details and the date of the next meeting.

There are many research sites available which will help you research your World War One military person.

The first Australian Imperial Force (AIF) personnel dossiers are available for free download on the National Archives of Australia site. This includes information for the:

Following on from this has recently been released, in conjunction with New Zealand is the Discovering Anzacs site, where the records for the Australians AND New Zealanders can be found and you have the opportunity to add photos and memorials for your ANZAC. This site is in beta stage (as of 10 August 2014) and is planned to be continually enhanced with new additions.

The Australian War Memorial (AWM) site has  lists of abbreviations and their meanings, to help read and interpret the information in the dossiers. The AWM site also has the Honour rolls, Embarkation Rolls and the World War One Red Cross  files.

If your ancestor perished the Commonwealth War Graves commission site will be of help in your research giving the final resting place, if known.

The John Oxley Library has a large collection of photos, personal papers and ephemera relating to the First World War both relating to service overseas and also life on the home front. More cataloguing is being done, down to name level of items, so you should redo searches regularly. I recently found an unknown to me, photo of my Gallipoli veteran my great grandfather George Howard Busby from the15th Battalion shown below.

The war did not only affect those in the military forces as there were so many impacts on the people in Australia from women working filling the roles the men had had, to the worries of being separated and the reading of the newspapers and seeing the long lists of wounded and killed and the effect on all after the war.

Are you commemorating your ancestors and their lives during the First World War?