Many of us can often be heard complaining bitterly about the erroneous information in family trees on Ancestry and MyHeritage and elsewhere. We are all too aware that once one person gets a date wrong or has an ancestor marrying the wrong person, that information is copied across numerous trees without any further checking to determine its veracity or otherwise. These kinds of mistakes can easily be made by beginners who may lack an understanding about the evidence process. 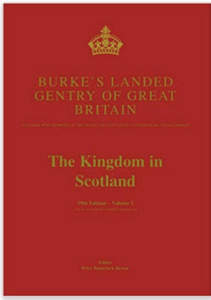 However, you would not expect these same mistakes to be made in what one would assume to be a reputable publication, one with the title of Burkes Landed Gentry: The Kingdom in Scotland, edited by someone who has been in practice as a genealogist and research consultant since 1965. But numerous errors are exactly what I found when researching the death of my great great grandmother, Mary Anne Phillips/Paulovich, who I wrote about in a previous blog post.

Sometimes in our research, names appear which take us off on a tangent.  We often take these paths because the circumstances are just so unusual or fascinating, they cannot be ignored. On the 27 September 1876, at the age of 52, Mary Anne died at Bona Vista Cottage in Grey Street, South Brisbane. She was buried in the South Brisbane Cemetery and witnesses at her burial, listed on the death certificate, were B Hogarth and E Gore Jones. 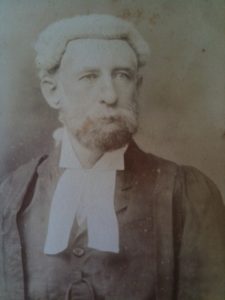 Edward Gore Jones was Mary Anne’s son-in-law, married to Lydia, her third daughter and fifth child. B Hogarth, however, was a mystery to me until I found Mary Anne’s intestacy records at the Queensland State Archives. One of the documents in the bundle attested that James William Phillips, my great grandfather and Mary Anne’s eldest son, together with Bohun Hogarth, gentleman, bound themselves for £100 to be used to pay any debts owing by Mary Anne. In a second document, Bohun Hogarth agreed to be surety for James William Phillips.

So, now I had a name and my search began to find out just who was this mysterious Bohun Hogarth. I took the easiest route and Googled his name and had numerous hits on Herbert de Bohun Hogarth. Great, I thought that was really easy! Even more exciting was that from the Google search results, I found that a Catherine Thompson Hogarth was the wife of Charles Dickens, the celebrated novelist and she was related to Herbert de Bohun Hogarth. The Hogarths were also related to William Hogarth, the English painter. Now I had a link to two famous families, albeit a tentative one (but a long bow could be drawn – couldn’t it?). Even better, one of the sources was Burke’s Landed Gentry in Great Britain: The Kingdom in Scotland. You couldn’t go wrong – could you?

Further investigation revealed that Herbert de Bohun Hogarth was the son of the Reverend David Hogarth and his wife Lucretia. Herbert’s wife was also referred to as either Hazel or Lucretia and Herbert died in 1904 in Nigeria. See the following example from one very detailed web site.

But, being the sceptic that I am (the Genealogical Proof Standard is ever-present), I knew that I would have to do my own research and verify what I had found in the Landed Gentry publication as well as in numerous trees such as those above which showed Herbert as the son of the Reverend David Hogarth. 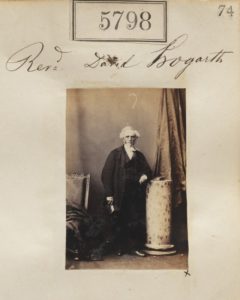 Now this was not a search that took weeks or even days. Within a few hours, I found that Bohun Hogarth (not Herbert) was the son of the Reverend David Hogarth, Rector of Portland, and his wife Hannah Prudence Bohun. Bohun had an older brother, David Francis Hogarth, known as Frank, who was a civil engineer. Frank married Lucretia Bull in India in 1869 and the couple had three children – Herbert de Bohun born in 1871, Gerald de Bohun born in 1872 and Hazel de Bohun born in 1882.

Herbert de Bohun Hogarth was actually the nephew of Bohun Hogarth, the man who witnessed my great great grandmother’s burial in Brisbane in 1876 and provided surety for my great grandfather. Bohun left Australia in March of 1877 and travelled to India to visit his brother and it was where he died on the 7 June, 1877. Lucretia Hogarth was not Herbert’s wife but his mother and Hazel was not his child but his sister. 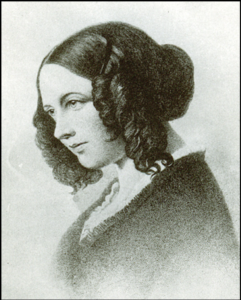 But what was the Dickens connection I hear you ask? Well, Bohun Hogarth and Catherine Thompson Hogarth, the wife of Charles Dickens, were second cousins once removed. Her grandfather Robert and Bohun’s great grandfather, David, were brothers and it was Catherine’s sister, Georgina, who was at Dickens’ bedside when he died having resided with him for many years following his separation from Catherine. Alfred and Edward Dickens, two of Charles and Catherine’s sons, both came to Australia, in 1865 and 1868 respectively; Alfred lived in Australia for 45 years and died on tour in America in 1912, while Edward died in 1902, having been the MP for Wilcannia for five years.

Questions still remain for me – ones which may never be answered. How did my great grandfather James William Phillips meet Bohun Hogarth and why did Bohun agree to act as surety for James?  At the time of Mary Anne’s death, James was living in Maryborough and was a timber getter while Bohun Hogarth was a gentleman living on his own means.

I did find a John Hogarth who had owned Dykehead Station near Gayndah in the late 1860s. My grandmother’s eldest sister was born on the station in 1869. Perhaps that was the connection? There were also Hogarths on the Darling Downs and this family and those on Dykehead Station were related to Bohun, albeit distantly. Mary Anne Phillips/Paulovich ran what is now the Ship Inn Hotel in South Brisbane as a boarding house until early 1876.  Did Bohun stay there?

While I may never know the answer any of these questions, I do know that what started as a simple search to find out more about the man named on my great great grandmother’s death certificate became much more.

My investigations confirmed two things for me; firstly, that going off on a tangent can lead to interesting finds. Secondly, you can never really rely on research done by others, whether it be the great aunt who was supposedly meticulous about her research nor those who are considered to be an expert in their field and the author of numerous genealogical books.