It was a few years ago that I started to wonder about my many possessions, which are heirlooms. What would become of them, after I have ‘Gone to God’? The result was that I created an “Heirloom Register” in Word document format. This register is a source of essential information about every precious item in my possession, therefore, hopefully preventing massive dumping at the local charity shop, or perhaps even worse!

Each item has an item number and category title with a brief description. Many items have lengthy descriptions and detailed information about its origins and historical significance.  The register remains incomplete but in addition to being a potentially useful item for my descendants, it has been an absorbing hobby and the source of some fascinating research.

To give you an idea of what this register looks like, I have included one of the oldest items that I have listed in the register. 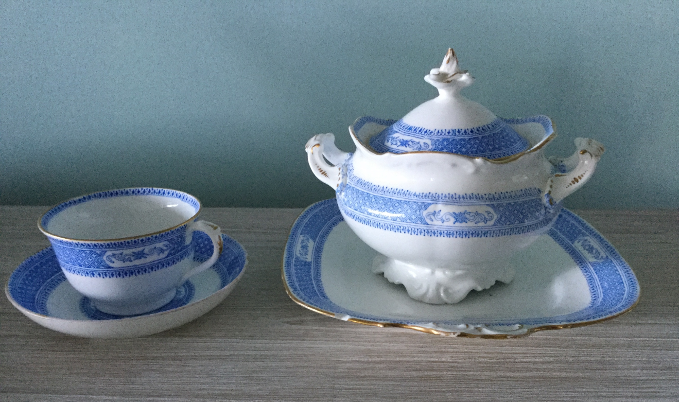 Following the death of Julia Deakin in 1919, the tea set became the property of her daughter, Julia Ann Lovell. Julia Ann’s daughter, Eva Dalby inherited the tea set following Julia Ann Lovell’s death in 1925[1]. When Eva died in 1975, her three daughters decided to divide up the tea set among themselves and that in future, the tea set was to be bequeathed to only female descendants. Several years later my mother, Marcia Figgis gave her items to me.

Provenance. The original manufacturer of the tea-set remains a total mystery. Backstamps on porcelain china identifies the maker, the pattern and the time of manufacture[2]. I have researched extensively, but to date, I have been unable to identify where or when the tea set was made.

However, the fact that the Deakin family were from Dawley in the County of Shropshire provided a few clues. The tea set may have been produced locally. Coincidentally located near Ironbridge, Shropshire, where John and Julia Deakin were married, was Coalport, reputed to be “the birthplace of the Industrial Revolution”[3]. There was a rich supply of coal and, with ample coal to heat the kilns, the first Pottery works, Caughley Pottery was established during the latter part of the 18th century. Caughley pottery was later replaced by Coalport China, eventually moving to Staffordshire, where it became one of England’s biggest ceramics producers[4]. 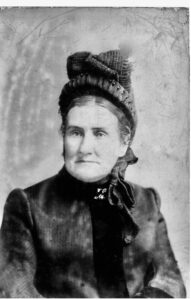 There is another possibility. According to ceramics expert, John Sandon, rudimentary porcelain china was also produced at nearby Worcester during the mid 18th century. Surviving samples of these early efforts tend to have dirt within the glaze. As I have observed several specks within the glaze on my items, perhaps they were made in Worcester during the 18th century[5].

The fact that my items are translucent suggests that they may have been made from bone china, a tougher porcelain that consisted of clay and oxen bone ash[6]. Bone china was developed by Josiah Spode who experimented with making porcelain in the mid 18th century[7]. However, an expert from Spode states emphatically that the items are not Spode.

Manufacturing processes used: Each item is made of white porcelain and when held up to a source of light, they appear to be translucent. There is a blue, delicate pattern applied around the edges that features a floral insert. This is known as transferware. It was applied by an old method, using an engraved and inked copper plate to transfer a print onto a sheet of paper. This was then applied to the clay. After the paper was removed, the clay was glazed and fired. A close inspection of the pattern on my china reveals some imperfections and uneven patterns; another suggestion that these are examples of old English blue and white transferware[8].

The edges are trimmed with gold which today show signs of wear as it is uneven and spotted.

Historical Significance: The custom of serving and enjoying tea parties first appeared in the mid 1800’s when the Duchess of Bedford, Lady-in-Waiting to Queen Victoria decided that she should have an afternoon tea. Afternoon tea for the aristocracy was a grand occasion making use of elegant tea sets and many silver utensils[9]. During the reign of Queen Victoria, 1837-1901, who “epitomised domesticity, femininity, motherhood and respectability for women”, afternoon tea-time was held in high esteem[10]. Afternoon tea quickly became popular across all sectors of society[11] and perhaps Julia aspired to emulate the aristocracy. 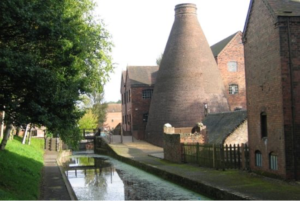 However, there is a sinister irony attached to the tea set. In order to manufacture ceramics, coal was required to heat the bottle shaped pottery kilns. Coal mining in the 18th and 19th centuries was a dangerous occupation. The life expectancy of miners was reduced significantly due to the conditions in the coal mines. The nature of the work was hazardous and often, toxic gases caused respiratory damage[12]. In fact, respiratory health issues were prevalent, exacerbated by the many coal burning furnaces and potteries in the district. Julia’s coal-mining husband, John, aged 38, died from bronchitis.

In Conclusion. This project is a work in progress. There are 45 items thus far and, interestingly, my eldest son approves, saying that he thinks it’s a great idea.