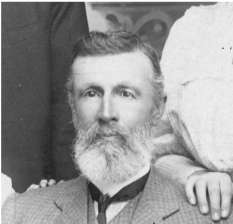 There are gaps in my knowledge of the life of my grandfather Philip Shepherd[1], who died before I was born. One of these gaps lies in the decade between his marriage in November 1882 to Catherine Heffernan in Cometville, on the Central Queensland Railway, and his purchasing of a town allotment in Jericho in the central-west in April 1892.

Philip was a carrier so that the building of the railway line west from Rockhampton provided him with work carrying goods and wool to and from pastoral stations north and south of the line. To provide this service to graziers further west, many of the carriers moved from terminus to terminus; among them Philip Shepherd. The birth of their eldest son, Philip Matthew, bases them in Bogantungan in November 1883. It was a picturesque spot with an ample water supply at the foot of the Drummond Ranges west of Emerald. These benefits may have encouraged the Shepherd family to remain there until after the burial of Philip junior in May 1885. By this time, the line had been opened successively to Pine Hill, Alpha and Beta, and a month later was to open at Jericho.[2]

I have been able to fill some of the gaps in my knowledge by using Unclaimed Letters lists included in Queensland Government Gazettes each month between January 1860 and December 1891. Unclaimed letters tell stories of people moving on or being temporarily absent. Whoever had posted the letters understood that their family member, friend or client would be able to receive their letter at a particular address. So I was surprised to see that Mrs Philip Shepherd was expected to have been in Isisford to collect a letter in the last months of 1883. Was Catherine/Kate expecting to travel with Philip carrying goods on a wool wagon to pastoral stations further west of Bogantungan? At the time she was preparing for the birth of her first child.

There are two online means of accessing these lists of unclaimed letters. The subscription website, Find My Past has indexed the letters by surname. Join your local family history society if you do not have a personal subscription.  Text Queensland, free from the University of Queensland, has digitised Queensland Government Gazettes from 1859 to 1900. Used in conjunction, these sources can be used to help follow the journeys of many of our pioneers as they moved and worked across the state. Some newspapers also listed letters unclaimed from the local post office – also worth searching.

The entry illustrated above demonstrates the importance of using both the Find My Past index and Text Queensland images. My name search through Find My Past allowed me to view only one page of the digital image. Importantly, I needed to realize that this list is for December 1883, not December 1884; 1884 being the year provided in the Find My Past reference. 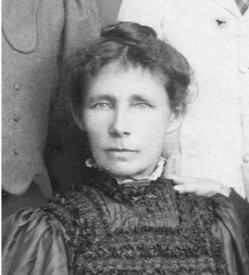 Also of significance to family history is the letter ‘c’ following the postal town in the address. Find My Past does not enable you to learn what ‘c’ means as you are unable to scroll to the beginning of lists. Using the completely digitised Gazettes at Text Queensland, scrolling back to the beginning of the list reveals that this letter was a personal one posted in Queensland to my grandmother Catherine.

Therefore by using both sources, I have also been able to establish that some family member or friend believed that she planned to travel with Philip, in early 1887 as letters were addressed to each of them at Ravensbourne Station, west of Tambo. If she did make the journey of some 112 miles/180 kilometres from Jericho in which they were by then based, she would have taken her newborn son, James Henry with her. News in local papers confirms that a great deal of wool was being carted to rail heads from Tambo district stations in early 1887.

Personal letters not collected by both Philip and Catherine at Jericho in February and May 1888 suggest that they were both away on a carrying trip at this time. Oral history within the family tells of later trips which included the whole family; their daughters taking a sewing machine to use as soon as they were old enough to make family clothes. Often destinations are not known, so the letter addressed to Northhampton Station, listed in October 1890, provides a name for one station to which Philip was employed to travel.

When the address included the occupation of the addressee, it was included in the lists. Carriers are identified most frequently; men often away from their base. Railway workers and town businessmen were sometimes identified. Regardless of whether occupations are identified, these lists of unclaimed letters can be very helpful in tracing movements of men, some with families, who moved west as the three lengthy railway lines were constructed from Ipswich, Rockhampton and Townsville. It is probable that these people are among those whose names seldom appear in other sources.

[1] The images of Philip and Catherine Shepherd are extracts from a family photograph taken in about 1912-13.