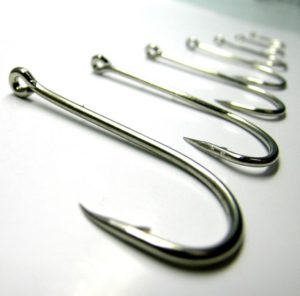 Every piece of family history needs a hook to hang the story on and the focus of the August Writing Group meeting was to develop and share ways of ‘finding the hook’.

Group members were invited to write an account of a moment in their family history that would likely hook readers and keep them interested. The writing style was open to members to choose whatever was appropriate for their story, be this historical non-fiction, creative non-fiction, or historical fiction.

As a guide, members were asked to consider what it was about the ancestor concerned that encouraged them to keep researching. What gave that individual a personality, not just a name and a set of dates. Good family history isn’t only about thoroughly researched facts: it’s about making our ancestors come to life and jump off the page as characters.

The writing task was limited to no more than 250 words, and it was hoped that members would share what they had written with the group as a whole. Ideas for the task included painting a picture – showing rather than telling; writing about a moment in time in your ancestor’s life, using creative non-fiction; we cannot really know what our ancestors felt or did at a particular moment, so placing them within a relevant historical setting and imagining how they would have reacted can be an excellent way of creating a hook.

There are many words and phrases that can be used to indicate what is known and what is imagined. For instance, you may not actually have details of what your WW1 soldier experienced on the Somme, but there are resources such as battalion war diaries, stories told by survivors in letters or diaries, and many photos, which help to paint a picture of the environment in which he fought.

The stories shared by members were vivid examples of how creating a hook made you want to hear more about that ancestor and they varied markedly in style and approach. All agreed that this was a worthwhile exercise in expanding one’s writing skills.

Anne Pollitt was announced as the winner of the Joan Reese Memorial Short Story competition for 2019 and her story will appear in the September issue of Generation. She, and other previous winners of this prize, discussed the approach they had taken to writing a short story in response to a particular theme. Russell Fraser, a past winner and now Editor of Generation, gave advice on writing a story for a journal.

Thanks go to Sharyn Merkley and Lorri Digney for developing such an interesting program for this meeting.