The grave of FRANCIS JOHN EARL is the oldest marked existing grave in North Queensland, north of Bowen.

The grave together with two others is thankfully well hidden at the base of the ranges, west of Townsville, and thus has escaped the attentions of the weekend marksman and the yahoo trail bike rider!

Francis John Earl’s death was the seventh registered at Townsville. He died on 12 March, 1866 at the Range Hotel of fever, aged twenty-four. His occupation was given as ‘Squatter’, parents unknown.

It is known that Earls were graziers at Yacamunda and at Butcher’s Hill and an Earl was connected with Hidden Valley – perhaps Francis John Earl was of this family. His companions in the lonely little cemetery are Mary Langton and John Henry Bell.

Mary Langton died in tragic circumstances on 6 December, 1873, aged 28, leaving a husband, John and three small children – John Henry Langton (4), Rebecca Langton (2) and Alice Mary Langton (1). Mary was the daughter of Michael and Mary Toner. She was born at Farlow, Armagh, Ireland, and had been ten years in Queensland. Her death was registered by the renowned Fitzroy Somerset.

John Henry Bell, the infant son of Charles Bell of Bellgrove, died 11 May, 1879 aged 4 years, of inflammation of the lungs. Charles Bell was a carrier and it is presumed that Mary Langton’s husband John Langton was Jack Langton a teamster on the Townsville to Dalrymple township track. The graves are carefully tended by a group of Townsville Scouts who have kept the grass mown to preserve them from bush fires, have planted some hardy plants and repainted the rows of round white stones delineating each grave.

Francis Henry Earl
It is interesting to note that Francis’ parents are listed as unknown on his death certificate yet he had three brothers who were living in the area at the time.

Three of the Earl brothers, James, Thomas and Francis arrived into Melbourne in 1857 on the Commodore Perry. They came from Littleport, Cambridgeshire — from a farm called Butcher Hill (but often written incorrectly as Butcher’s Hill Farm). Their parents were James Earl(e) and Mary Halson. William Earl arrived in 1863 and their sister Mary and her husband Richard Clay arrived in 1881.

Mary Toner and John Langton married in Townsville in 1868. 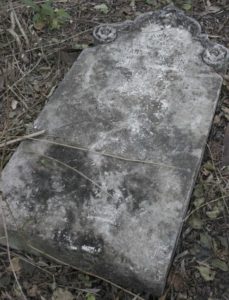 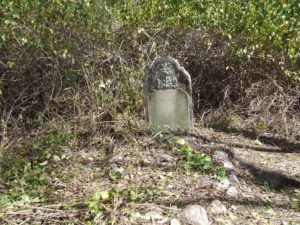 John Henry’s mother was Mary Ann McCann and she and Charles had married in 1870 in Queensland. Charles Bell died in 1903 and was noted as one of the best-known of the carriers as his teams did trips to the Palmer, Charters Towers and Ravenswood and far away stations.