What a year! In February I celebrated my 70 birthday; in early April, Les and I attended the wedding of our youngest daughter Kate to Michael; and by the end of 2021, we will be grandparents to two children. Kate and Michael’s daughter in July and Rachel and her partner Emma’s child in November.

My excitement knows no bounds as my dreams will finally be realized when these two are born – I will be a grandmother.

On these cold autumn mornings as the sun slowly warms up the days, I often sit on the veranda nursing a cup of tea and daydreaming about these future grandchildren. Which parent will they look like? What type of temperament will they have? Invariably my thoughts turn inwards as I wonder about what type of grandmother I will be and what, if any, influence I will have on them. 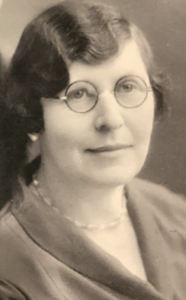 My paternal grandmother’s parents were Benjamin (1854-1911) and Elizabeth (Lizzy) Isen (nee Simons) (1860-1940). Benjamin was born in Poland and Lizzy in New York in the United States.  They met and married in 1886 in Dunedin in New Zealand.  From Dunedin, they moved to Brisbane in the late 1880s. Their seven children (3 boys and 4 girls) were born in Brisbane. My paternal grandmother, Ida Constance (1895-1984) was their fourth child and second eldest daughter.

Benjamin Isen died at 57 years on 1 October 1911, approximately 13 months after the death of his eldest child, Adeline (aka Dolly married name Gerson) (1888-1910). Lizzy was a wonderful mother and grandmother and she and the other children remained close-knit until their deaths. After the death of Benjamin and Dolly, other extended family members, mostly from Lizzy’s side of the family and the Jewish community, provided strong support to the grieving family.

Nana Ida flourished in her environment. The “Daily Standard” newspaper of 14 July 1917 lists her as a Maid of Honour to that year’s Wattle Day Queen.  During WW1 she and others in her religious and social circles raised funds for Queensland soldiers.   By the time she married my grandfather Alan Philip Frankel (1894-1962) on 6 April 1921 at the age of 26, she was an educated, confident woman making a love match.

My maternal grandmother’s family was part of the second wave of Prussian migration to Queensland. The family arrived in Brisbane in 1865 on the Peter Godffrey and settled in the Mt Cotton, Eagleby (then named Philadelphia) area, working in the sugar industry and eventually moving to Geraldton, now known as Innisfail, when the sugar industry started there.

My grandmother’s grandfather, Adolph Louis (1850-1934) , aka Alfred Louis aka Alfred Lewis was the first member of his family to move to Northern Queensland. It was here that he married his third wife, Bridget, a strict Irish Catholic. In the early 1900’s, Adolph was joined by his son, Henry Adolphus Louis (1878-1934) and his common law wife, Janet Murray(1882-1911). 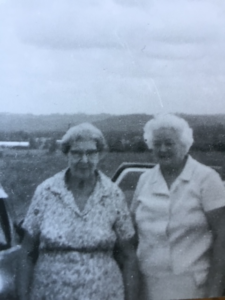 My maternal grandmother, Dorothy Janet Black (nee Louis) (1908 -1988) was born in Ella Bay near Innisfail, North Queensland on 13 July 1908 to Henry and Janet. Nana Black was their only daughter and the youngest of their three children.

Janet died two months before Nana Black’s third birthday.  She and her brothers, Henry David (Harry) and Robert Leslie (Bob) were then separated.  Nana went into Innisfail to live with her grandfather and step-grandmother and Harry and Bob moved up to Gordonvale to live in two separate extended family members’ households. While the brothers maintained limited contact with each other, my grandmother had no contact with her siblings until much later in life.

According to Nana Black, her grandfather when sober was a loving and wonderful man but when under the influence of alcohol was cruel and violent.  She talked about how he would yank her and her step Grandmother Bridget by their long-plaited hair.  Another story she told was of this man who would sit in his horse and buggy outside the house in which they lived and stare at her.  She later learned that the man was her father with whom she no longer had any contact.

By the time she was 13 she had left school and she and her step-grandmother had moved to Spring Hill in Brisbane.  Not long after moving to Brisbane, my grandmother became a maid to a wealthy Brisbane family.  As a junior maid, she was responsible for some cleaning chores but primarily she looked after the young children in the household.

In 1928, as a nearly 20year old, she married Arthur Stephen Black (1882-1972), a man 26 years older than her. Nana and Papa Black had 6 children (3 boys and 3 girls.  Unfortunately, Stephen, their third child, and second son died in his first year of life. My mother, Dorothy Elizabeth Frankel nee Black (1930-2015) was the second child and first daughter of Nana and Papa Black.

For the first 12 months of my life, I lived with my parents, maternal grandparents, two aunts, and an uncle while my parents’ house in Indooroopilly was being built. My Nana Black loved me unconditionally. Over the years our relationship changed from grandmother/granddaughter to friend/confidant. 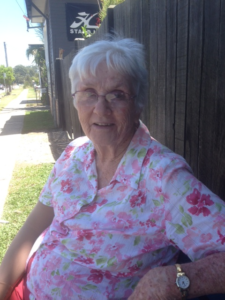 Mum was Mum. She was extremely religious, very fair in how she treated her children and others, generous, community-minded and although we knew she loved us, she could at times be emotionally distant. As she had no grandparental experience to fall back on, when her grandchildren were born, she treated these as she had her children.

Although my grandmothers had extremely different life experiences, they shared many of the same attributes.  They were good cooks: one extravagant, the other simple down to earth; they believed in the family unit; they were generous in their help to others; they valued friendship and were good friends to others. In later life, both women became good friends with each other. I have never heard a bad word said about either woman, as people always spoke very fondly of them.

These women and my mother have had an immense impact on my life.  They have been my role models, my inspirations who have guided me morally and encouraged me to fly high in all I have done and achieved in my life.

I hope that I may carry on their values and provide a loving environment for my future grandchildren.