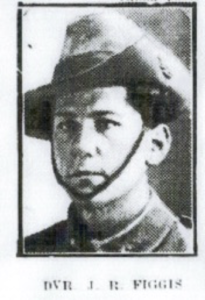 Anzac Day is an opportunity to reflect on the violence and futility of wars, and the waste of human lives that result from war. We do not seem to learn from history. The following brief investigation into the impact that Gallipoli had on my family demonstrates our desire for peace.

Gallipoli was a tragedy. It originated with a plan devised by Sir Winston Churchill. His objective was to seize Turkey, thus weakening the German Allied forces and securing the Suez Canal. The AIF and the Forces of New Zealand were sent to Cairo in Egypt for training and became known as the ANZACs (Australian and New Zealand Army Corps), and then dispatched to Gallipoli to help the British and French forces.[1]

There were unfortunate errors made that took a heavy toll on the armies. The plan was that the Anzacs would conduct a surprise attack after landing before daylight, on the coast now known as Anzac Cove. Battleships and Destroyers conveyed the troops to the coastline and the troops were transferred to the shore in lifeboats, launches and pinnaces under the tow of steamboats. As they approached the shore, a huge flame was seen coming from the funnel of one of the steamboats, alerting the enemy to their impending attack, hence ending the element of surprise.[2] It was also realized that they had disembarked in the wrong place, so many more young men lost their lives because of these mistakes.

My great Uncle, John Russell Figgis, aged 21, the son of loyal English parents, enlisted at Enoggera Barracks on 21 August 1914.[3] Like other young Australian men who enlisted at the commencement of the war, he was fit and keen to fight for his country. As a private with the 9th Battalion, Uncle Jack, as he was known to my family, was one of the first ashore at Gallipoli as some of the men of this Battalion provided the cover for the landing troops.[4] There was heavy rifle fire from the Turks and the ANZACs suffered many casualties. He watched helplessly as so many of his comrades were fatally wounded. Uncle Jack experienced the ‘sickening soft thud of shell fragments or bullets meeting human flesh’, an experience recalled later by a surviving soldier.[5] 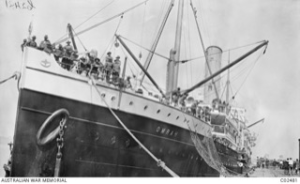 HMAT Omrah with the 9th Battalion onboard, lying at Pinkenba in Brisbane on the day of embarkation. Thanks to Australian War Memorial website for this image.

Food supplies are often limited in war zones. Uncle Jack, and the other Anzacs were malnourished. The daily menu included a breakfast of black tea with sugar, some jam with six dog biscuits (total ration for one day), a piece of cheese and one rasher of bacon. Lunch was black tea and usually no food and then at dinner time they were served bully beef or stew and black tea.[6]

Charles Bean, the official WW1 historian, claimed that the strongest bond in the AIF was that between a man and his mate.[8] In early July, Uncle Jack, who was off duty, witnessed a mate in No Man’s land being wounded by a sniper. He set off to rescue him. Unfortunately, Uncle Jack sustained a serious bullet wound to his right thigh. The injury was so severe that he was medically discharged and returned home.[9] He later became the officer in charge at the recruiting office in Townsville. I wonder how he felt recruiting young men, knowing that he was possibly sending them to be wounded or killed.

By the end of July at Gallipoli, morale was deteriorating due to the strain of constant combat, poor nutrition, lack of water, the infestation of lice, the oppressive heat and resulting sickness. The horrors of war can cause men to become desperate. Sadly, there were cases of men shooting off their own fingers or toes in order to be sent to hospital. However, sometimes they were sent to headquarters to recover.[10]

In August there were many more men killed in assaults at Lone Pine, regarded as one of the bloodiest battles. Bullets, bayonets, rifle butts, and fists were all part of the slaughter as soldiers stepped across the heads of their fallen comrades. Today the Lone Pine memorial is the principal Australian memorial on the Gallipoli Peninsula. It is sacred to the memory of both allied forces and the Turks and is the largest mass grave at Gallipoli.[11]

The assault at the Nek later in August 1915 was another heroic but futile attack. The Peter Weir movie, “Gallipoli” recreated ‘The Nek’ assault depicting men being slaughtered as they emerged from the trenches. Of the 600 men of the light horse brigade, 234 were killed and more than half were wounded.[12] 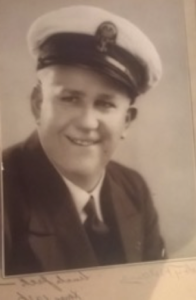 Following these tragic battles, an informal truce was called to allow dead soldiers to be identified and buried. One Anzac later recalled, “the dead of both sides were horribly mixed as we tried to sort them out for burial. The old bloke (a Turkish soldier) was near me, when he pulled out a packet of cigarettes and lit one and before I realized what I was doing, I was beside him and lighting my fag off his match. Then a funny feeling came over me. This is the enemy; in a couple of hours, I’ll be doing my best to kill this old bugger and he’ll be doing his best to kill me”.[13]

Following the War, Jack Figgis resumed his occupation as a building contractor, and he married Carol Magnus in 1919.[14] He loved sailing and became the Commodore of the Royal Queensland Yacht Club shortly before his untimely death in 1939 at the age of 45.[15] He endured a permanent limp due to his war injury and his descendants believe that his general poor health resulting from his war service led to his early death.