John Beale (or Beal as he was sometimes known), had an interesting life in the early years of the Colony of New South Wales. In many ways, he was no different from any other person in early Australia, but he certainly had an active life.

John Beale, the son of Joseph Beale and Rebecca Heppy, was born in Essex in 1783 and baptised at All Saints’ with St Peter, Maldon, Essex on 23 March the same year.[1]  John was the second son of seven children born to Joseph and Rebecca.

Nothing further is known of John until his trial at the Summer Surrey Assizes held in Guildford on 27 July 1812.[2] It appears from the trial transcript that John may have had previous interactions with the law as the transcript names him as: ‘John BEAL alias DIXON alias HAMBLIN‘ although further records under those names cannot be found. He was charged and found guilty of burglary in the Church of St Olave, Borough of Southwark and sentenced ‘to be hanged by the neck until dead’. He was reprieved to be ‘transported beyond the seas for the rest of his natural life‘.[3] John’s crime was to ‘steal two prayer books value fifteen shillings and sixpence the goods & chattels of James Gattey & one other prayer book value two shillings & sixpence the goods and chattels of John Hough Jackson in the church of the said parish’. It would seem that John saw an opportunity to make a sale from the prayer books. 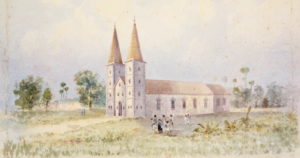 John next appears in records as being transferred to the prison hulk Retribution moored on the Thames at Woolwich on 13 August 1812.[4] He was transferred from the hulk to the Fortune on 14 October 1812 and transported to the Colony of New South Wales. The vessel left England on 3 December 1812 and arrived at Port Jackson on 11 June 1813.[5] His occupation was shown on the ship’s indent as Merchant’s Clerk so it would appear he was literate. His recorded physical details show him as being 5ft 11ins tall with a fair complexion, brown hair and grey eyes. [6]

Shortly after arrival in New South Wales, Beale was assigned as a stockman at the Government Stores in Parramatta, very few records of assignment have survived, particularly pre-1820.[7] [8]  The Reverend Samuel Marsden, in a letter to the Colonial Secretary dated 4 May 1818 advised that John Beale, a convict transported on the Fortune and Rosetta Johnson, an Irish convict who arrived in New South Wales with her six-year-old daughter Catherine in June 1815 on the Northampton, desired to have their names published for them to be married.[9] Reverend Samuel Marsden performed the marriage at St John’s Church of England Parramatta on 1 June 1818.[10] Following his marriage to Rosetta, John made a formal application to the Committee of the Female Orphan Institution at Parramatta to withdraw Rosetta’s daughter, Catherine, from the institution.[11] [12] Catherine returned to her mother’s care on 3 January 1821. Catherine later married Nicholas McCann, and John Beale became a respected member of the extended McCann family. 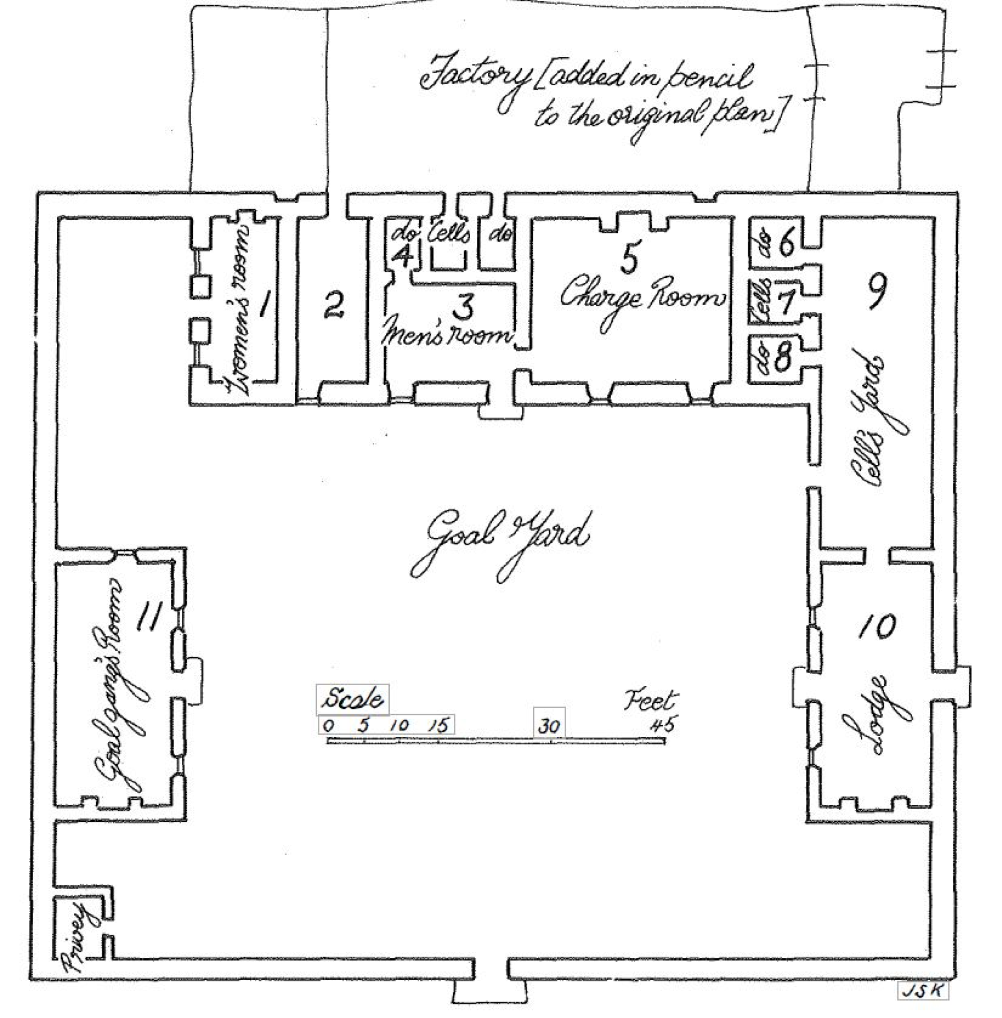 The Colonial Secretary issued Government And General Orders on 17 April 1819 which included the following item: ‘…appoint Mr John Beale to be Keeper of His Majesty’s Gaol at Parramatta with a salary of Twenty Pounds Sterling per annum …’.[13] [14]  This was at a time when John did not have a Conditional Pardon or even a Ticket of Leave.  In the same year, John was involved in several proceedings in Parramatta, including the suicide of Thomas Gorman, the theft of clothing by William Murphy and the receiving of stolen goods by a Mary Leadbeater. Francis Oakes, Chief Constable of Parramatta, prepared reports on these matters noting that Mr Beale acted responsibly on all occasions. 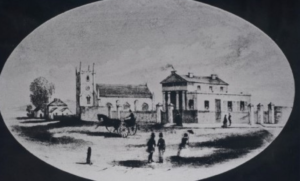 The British Government sent John Thomas Bigge to visit New South Wales between 1819 – 1821 to report numerous aspects of colonial life. However, Beale was to have his moment of glory in January 1820 defending charges of corruption and fighting with his accuser.[15]  It appears that John lost his position as Gaoler in 1821 as the Colonial Secretary’s correspondence, dated 27 March 1822, stated John Beale appointed Overseer clearing an area of 100 acres of Mr Crawford’s land at Prospect.[16]

The years 1823-1828 proved to be productive for John & Rosetta. In 1823 John acquired a lease of 43 perches in Church Street, Parramatta.[17] [18] [19] In 1824 John was included in a list of Crown Servants employed by Hannibal Macarthur at Parramatta, in 1825 John Beale was listed in the Muster as employed by G. L. Rose of Parramatta, and in November 1827 an advertisement appeared in the Australian signed by John Beal indicating he was then employed as an overseer by John Raine of Parramatta.[20] [21] 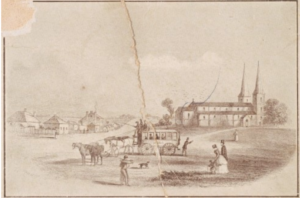 John’s employment as Overseer with John Raine led to a Supreme Court action against John Raine by Rosetta Beale for non-payment of wages owed to John Beale in late 1828 and early 1829. Rosetta was awarded a settlement of eighty-four pounds fourteen shillings, which included her costs. [22] [23] [24] This was a landmark case in New South Wales: the question for the consideration of the Court was whether the said Rosetta Beale can sue as a feme sole for the work & labour performed by her husband he being assigned to her as a  servant by virtue of the transportation laws.

The years 1829-1843 were good years for the Beales, and John finally received his Absolute Pardon on 23 March 1837. The Australian of 4 May 1841 mentioned John as being one of the subscribers for the Parramatta Races and later that year as Judge at the racecourse.[25] In October 1843 John submitted a Petition stating that he had become insolvent without fraud or dishonesty of his part.[26] [27] John did not recover from the financial problems, and by 1845 the Beales had relocated from Parramatta to Blackwattle Swamp, Sydney. Rosetta died in 1845 and was buried in Sandhills Cemetery or Devonshire Street Cemetery on the 15 February 1845.[28] [29]  Her headstone was removed to Botany Cemetery’s Pioneer Memorial Park in 1901 when the  Sandhills Cemetery was resumed for the construction of the Central Railway Station.

Following the death of Rosetta, John Beale went to Geelong to reconnect with the McCann family. While there he acted as clerk during the construction of the Geelong Gaol and other civic works that the McCann family built. John Beale died in Geelong and was interred in the Wesleyan Cemetery Section of the Eastern Cemetery, Geelong on the 25 September 1850.[30] [31]

The McCann family honoured John’s memory by naming male children’s middle name Beale for several generations, a sure indication that John was a treasured member of the family. This is interesting in itself as until 1996 the Geelong branch of the family stated that the original McCann family members were free settlers and not convicts, Peter McCann and his wife Mary Fitzgerald were Irish convicts transported in 1800 and 1803. That is a story for another day!

Bibliography available from the author.