I’m not really sure whether the moral of this story is “neither a borrower nor a lender be” or “look for the silver lining”!  Hugh Irvine, having arrived from County Down on the Roma in 1882 opened his Boot Warehouse in Ferry Street Bulimba in 1887, and in 1888 he and the shop were written up in Volume 2 of the Aldine History of Queensland published in that year.[i]

This was obviously impressive for the young man from Killyleagh and the two volumes of Aldine’s history were treasured by Hugh and his family from then on. However, just prior to his son Bert’s death in 1970, the especially esteemed Volume 2 was loaned to a friend who had come to visit. It was never returned after his death in spite of requests and in fact all knowledge of the book was denied. The loss rankled with the family over the years and in 2014 when the chance came to buy another two volumes of the Aldine history I did not hesitate, although wincing more than a little at the asking price! Now at least I could pass on a complete set down the line.

On the flyleaf of the newly purchased books was written the name Alexander Macgregor 1888. Pasted in the back of Volume 2 was a wonderful gift – a short handwritten note on ruled letter pad paper, which helpfully, as this section of the book has no index and no page numbers, told me where to look for the appropriate entry. It also went on to chronicle the story of Alexander Macgregor. The transcription of the note reads as follows: 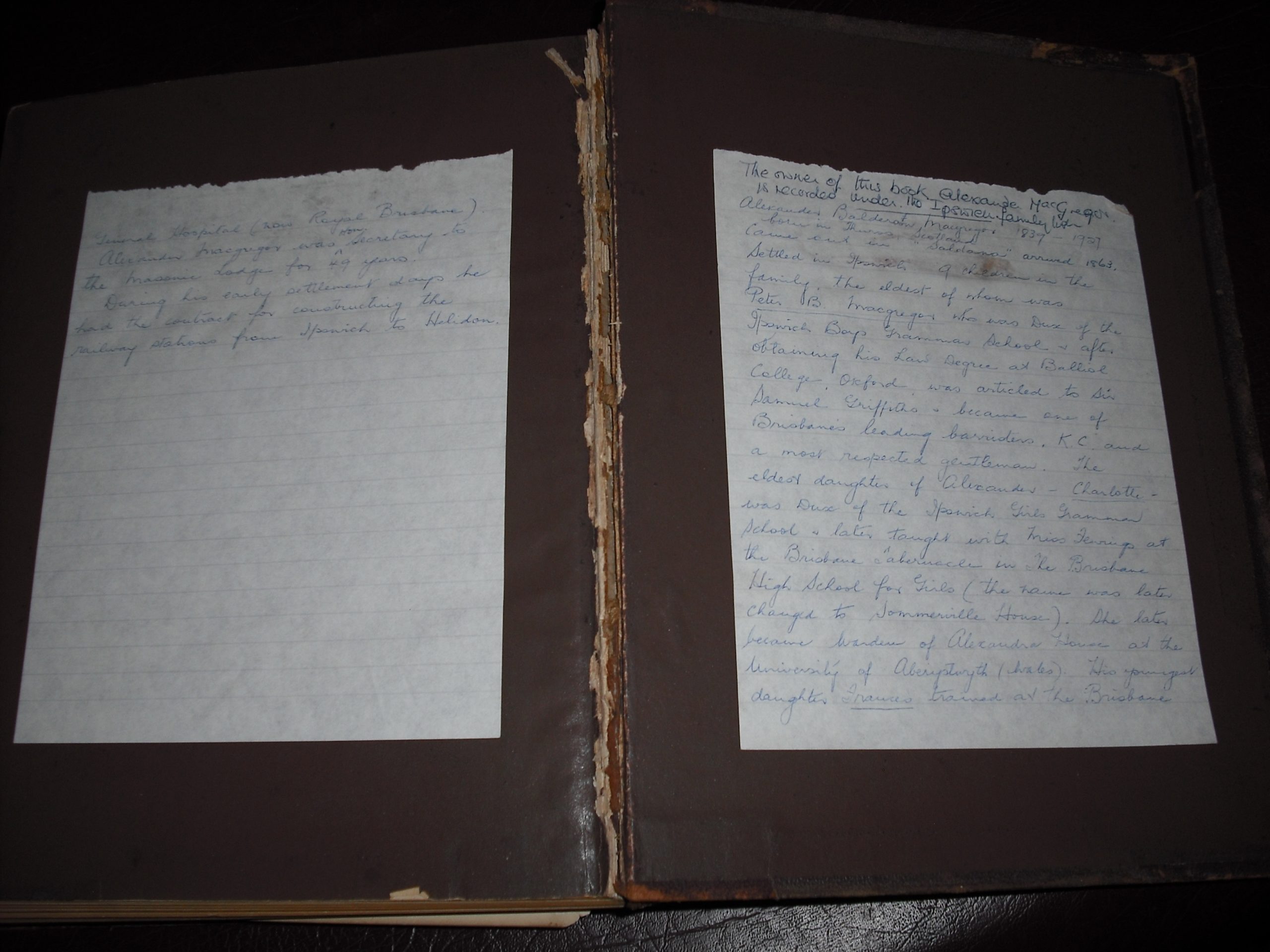 “The owner of this book, Alexander MacGregor is recorded under the Ipswich Family List.
Alexander Balderston MacGregor 1839-1927 born in Thurso Scotland.
Came out in the “Saldanha” arrived 1863.
Settled in Ipswich. 9 children in the family, the eldest of whom was Peter B. MacGregor who was dux of the Ipswich Boys’ Grammar School and after obtaining his Law Degree at Balliol College Oxford, was articled to Sir Samuel Griffiths and became one of Brisbane’s leading barristers, K.C and a most respected gentleman. The eldest daughter of Alexander, Charlotte was dux of the Ipswich Girls’ Grammar School and later taught with Miss Fewings at the Brisbane Tabernacle in the Brisbane High School for Girls (the name was later changed to Somerville House). She later became warden of Alexandra House at the University of Aberystwyth (Wales). His youngest daughter, Frances, trained at the Brisbane General Hospital (now Royal Brisbane).
Alexander MacGregor was Hon. Secretary to the Masonic lodge for 49 years.
During his early settlement days, he had the contract for constructing the railway stations from Ipswich to Helidon.”

The actual entry in Aldine’s History added more information. Alexander was a builder and contractor and ran a steam joinery works in Ellenborough Street Ipswich for many years, part of that time being in partnership with a Mr P. Brown. Together they erected a large number of important public and private buildings, including the Government Stores, the (then called) Lunatic Asylum at Sandy Gallop and the Ipswich branch of the Bank of Australia. He also built a handsome villa residence for John Macfarlane M.L.A.[ii] Alexander also served as an alderman of Ipswich for three years and was for thirteen years secretary of the Ipswich School Board.

I was beginning to be quite impressed by Alexander, and felt an added bond in that he had arrived by the same ship, the Saldanha as had my own great grandfather Henry Smith, although a year later. My genealogical digging instincts now thoroughly aroused, I went delving in Trove to see if I could find any further information, and was duly rewarded. In 1922 the Daily Mail was featuring a series of articles on notable citizens, and in June of that year article number 12 highlighted the life of Alexander Macgregor. 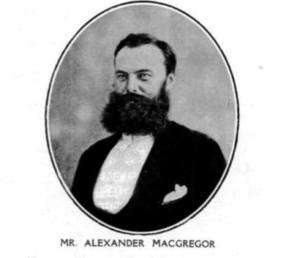 The article described him as a “fine type of gentleman, excellent physique, most genial and a man of high integrity.”[iii] Although in his 83rd year he was still remarkably active and fit. He talked of his voyage out on the Saldanha, and the fact that when they arrived at Keppel Bay there was a suspected case of fever on board, and the ship was put into quarantine for a month. Eventually reaching Brisbane, Alexander looked for work but the building trade there was very slow and pay was low, so he travelled up to Ipswich by steamer. He straight away set out to look for work and found it within an hour, with a suitable pay of ten shillings a day. One of the first things he said that he noticed was that everyone in Ipswich seemed to be smart and busy and all the men rode on horseback.

As soon as the railway construction was started from Ipswich, he found that unemployment was unknown. Trade and commerce went on very well until the depression in 1866 but then matters changed quickly from prosperity to dire adversity. The Government of the day was unable to find money anywhere, and public works were stopped. For two years these conditions prevailed. In many instances, material that had been delivered for works in different places was allowed to lie on the ground to rot and thousands of pounds were lost in that way. Mr Macgregor remembered large numbers of men who were glad to labour at road making on the Warwick road for two shillings and sixpence a day, and he felt that the workmen of 1922 who were agitating for more money and better conditions could learn something from their endurance. 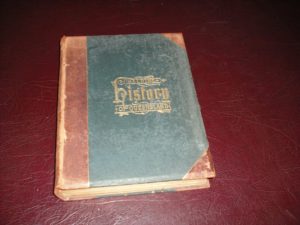 Frances Elizabeth, Alexander’s wife of 38 years died in 1904 of a sarcomatous growth of the cheek.[iv] He subsequently lived with one of his married daughters until his own death on the 12 December 1927.[v] His death marked the passing of one of the true pioneers of early Queensland- a self-made but honourable and upright community-minded man of his times.

So is there a moral to this story? Almost certainly never let precious books out of your sight, but also, remember that any situation might have a silver lining and lead to a new find for a genealogist or historian. I feel that I have found a new friend in Alexander Macgregor and I sincerely thank whichever Macgregor family member it was, who in spite of having to part with such treasured books, cared enough to leave that note affixed to the back page of their Aldine’s History of Queensland Volume 2.