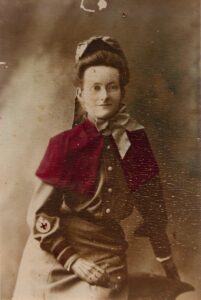 I enjoy researching women, but I get frustrated when I see only birth information for women and no more. This is one reason why I research WW1 nurses from Queensland. When I was asked to write this blog, I thought I would write about a nurse whom I had not fully researched. For this reason, I selected Agnes Katharina Isambert and I have found a fascinating story. Agnes was born in Queensland and had a difficult childhood, but she was a survivor resulting in her being one of around 300 Queensland nurses who went to the First World War as a member of the Australian Army Nursing Service (AANS).

Born in 1874 in Ipswich in the Colony of Queensland, Agnes was the eldest known child of John Isambert and Margaret McCormick. She had two sisters, Margreta Wilhelmina and Adela Rose listed in the Queensland Registry of Births. There was a third sister, Philomena who had no official birth record. By 1884 the family were living in colonial Townsville, where life deteriorated when their father, John was charged in the Police Court as being of unsound mind, additionally there were reports that the parents drank to excess.[1]

Agnes and her sisters were separated from their parents and sent initially to the Townsville Orphanage and then to Diamantina Orphanage in Brisbane on 22 February 1885 for two days before being moved to St Vincent’s’ Orphanage in Brisbane. The sisters stayed at St Vincent’s Orphanage for around eight months when they were discharged back into the care of their mother on 17 October 1885; this period would have been traumatising for the sisters.[2] Agnes maintained a strong faith in the Catholic religion which was obvious in a diary she maintained during active service. 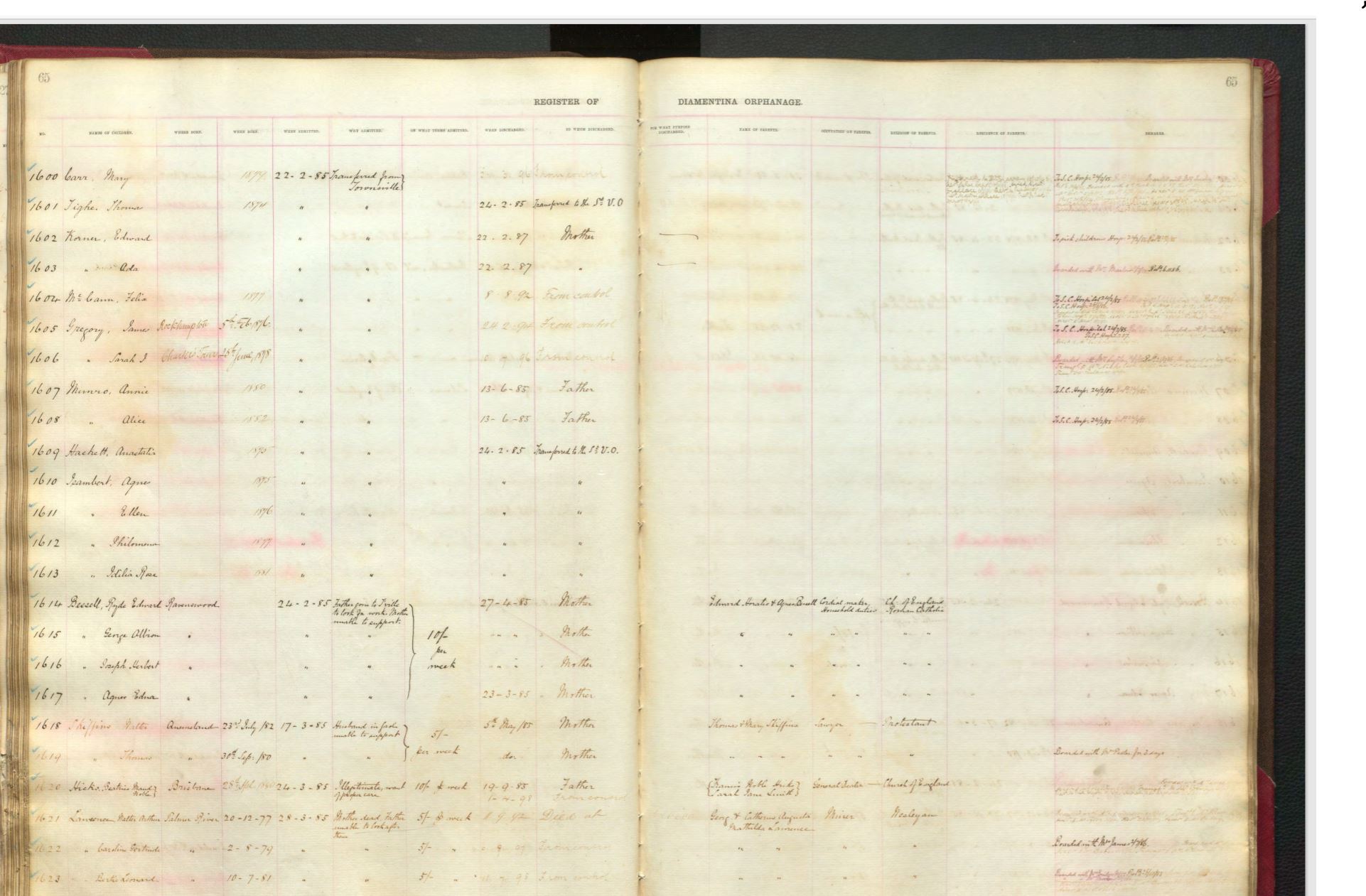 In 1897 Agnes joined the Brisbane Hospital and underwent a three-year nursing training course which she completed in August 1900. The hospital issued its first certificate in 1888 and just a little over a decade later, Agnes was a graduate.  Following this she commenced private nursing.[3] Private nursing was the pinnacle of success for a trained nurse as they had more autonomy than hospital nurses as they worked in the patients’ private homes. Private nursing, however, was physically hard with nurses only able to work around ten months a year and often maintaining private nursing for just a couple of decades.[4]

Having practiced as a private nurse for a few months, in March 1901 she was appointed as a staff nurse at the Colmslie Plague Hospital in Brisbane. Bubonic plague appeared in Brisbane in 1901 and was present for nine years usually appearing in April and May each year.[5] In 1894, the disease had appeared in Hong Kong after disappearing in England back in the eighteenth century. It was in Sydney by 1900, and from there came to Brisbane, although it had earlier appeared in Rockhampton.[6]

With the ‘black death’ a regular visitor, Agnes would have been busy at the hospital at Colmslie. Patients, their families and contacts were all sent to the isolation hospital leaving Brisbane unsettled. Agnes was putting her life in jeopardy nursing plague patients, but in a time when the causes of many illnesses were unknown, and effective treatment not yet identified, nurses often risked their lives to nurse very ill patients. Agnes stayed at Colmslie until June 1902 when she went to work as a staff nurse at Wattlebrae Hospital for Infectious Diseases. It appears Agnes enjoyed helping patients suffering from these often-fatal infectious diseases.

In February 1902, Agnes became a sister in the Reserve of the AANS.[7] Australia at this time did not have a permanent army nursing service, but it did have a reserve. Members of this service had to meet training standards at which time they were declared ‘efficient’. These nurses were to be the first nurses selected to go to a conflict. In 1911 there were only 91 ‘efficients’ in the nursing Reserve.[8] At this time Agnes was promoted to matron in the Queensland component of the reserve. The Lady Superintendent of the Reserve was Amy Perry who was the matron at the plague hospital when Agnes nursed there.[9] The two nurses who both trained at the Brisbane Hospital, possibly joined the reserve together. 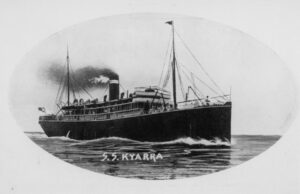 When the First World War commenced, Agnes as an ‘efficient’ should have been one of the first nurses to go abroad, but this did not happen. While Agnes’ date of attestation for the AANS was 11 November 1914, she did not go overseas in the First Convoy. She sailed in the Second Convoy aboard the Kyarra with other Queensland nurses. Fortunately, Agnes kept a diary of some of her war service, so we know that the ship left Brisbane on 21 November and sailed to Sydney and then down the coast and onto Western Australia. On 15 December Agnes reported they ‘were out of sight of land & Australia’.[10] Agnes and her nursing colleagues were bound for war.

There are two prominent themes in Agnes’ diary covering her first two years on active service. She wrote about Catholicism and the health of herself and the other nurses. Arriving in Cairo, Agnes and her colleagues of No 1 Australian General Hospital (No. 1 AGH) established the hospital at the Heliopolis Palace Hotel where they cared for the injured and sick from Gallipoli. On duty, Agnes usually informed the priests if her patients were Catholic and seriously ill. Throughout the diary, Agnes’ attendance at Mass and assisting the priests in Communion are often mentioned indicating the importance of her religion to her. Perhaps Agnes’ short stay in St Vincent’s Orphanage as a child lead to her faith being significant to her later in life. 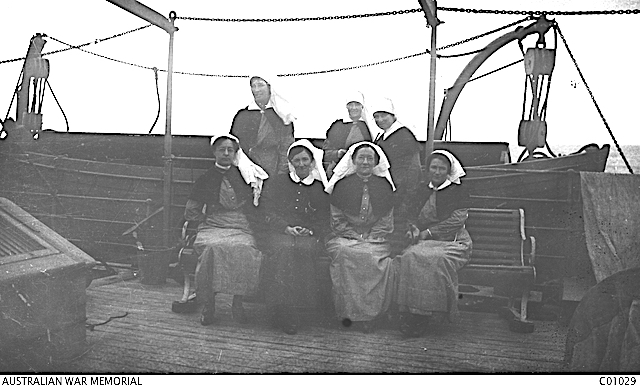 The diary’s second theme is illness of herself and the other nurses. Sometimes, Agnes wrote that she is not feeling well and other times, she mentioned other nurses who are unwell, often naming them and their afflictions. In September she mentioned that three nurses had the serious disease, diphtheria. On 19 January 1916, Agnes records that fellow Queensland nurse Norma Mowbray was very ill. The next day she wrote ‘Poor Mowbray very ill almost unmanageable at time’ The following day Nurse Mowbray died, and Agnes and another nurse visited the town to order wreaths for her funeral. The diary entry for 22nd the day of the funeral is very poignant. Agnes reported:

‘A miserable day – everyone very depressed, … Flowers began to come in about 10 am & at 2 pm the bulk of the girls, officers & men going to Mowbray’s funeral went off in a special train arranged for them. Baker, Whipham, Scott, Gibbon, Echlin & myself remained behind to act as mourners & to walk beside the Pall bearers… Arriving near the cemetery, we all got out. Pallbearers walking beside the hearse & we the mourners directly behind.’

For Agnes and her fellow mourners all of whom where Queenslanders, excluding Nurse Baker, war had come too close. They had lost one of their own. On the 19 February Agnes remarked that she was on duty all day and things were pretty quiet. She mentioned No 1 AGH had 630 patients in the hospital and that she had completed this diary.

Agnes’ AIF dossier does not record her first two years of active service, so the diary replaces the official record and Agnes’ experiences are told in her own words. Agnes continued on active service and became matron of No. 3 Section Sea Transport Service later in 1916, leaving again on the Kyarra to Australia and then later to England.[11] She was invalided home with a cardiac arrhythmia in September 1918. Agnes had made a significant contribution as a war nurse. Her life, however, was not over. Perhaps I will write a second instalment. The point of this story is that you never know what life story an unmarried woman has, unless you research her. Happy researching.