↓
GSQ Blog→Chester Diocese→Reviewing progress so far and maybe catching up
I went to England in July last year to catch up with my mother and brother both prior to and after the Unlock the Past Baltic cruise. Have you visited family or a repository, perhaps attended a conference or just a half-day or full-day course, made lots of notes and reminders of things to follow up afterwards and then find that ‘life’ makes this follow-up seemingly impossible. It feels somewhat selfish to focus on ‘following up’ when there are a myriad of domestic things to do, as well as those things that you’d put off until you got home. My life has been incredibly unpredictable since I came home and I’ve had few concentrated periods of time to focus on my family history research.
Before I went away I managed to cobble together a fairly basic family history for my mother’s 90th birthday; which included lots of charts showing the varied lines of her family tree. I didn’t find time to include all the contextual information that I had gathered, nor go into too much detail about individual family members. What took up my time before I went away was my wish to fill in a few gaps in my mother’s direct ancestry. I knew I didn’t have time to sort out the Norwegian line, but felt I should at least be able to resolve a couple of English brickwalls that I hadn’t looked at for some time. I was excited to discover records that had come online since I last looked, which mayhave resolved these brickwalls – they were subject to further analysis and research.
The first potential discovery related to a 2nd great-grandfather, Richard Power. From the information provided on his marriage to Cecilia Fitzsimons in 1850, he had an estimated birth year of 1827 and named his father as David Power, a farmer. Richard’s birth and marriage both took place in Liverpool, so I had previously focussed my searches in Lancashire. However, I wondered whether David was in fact the David Power born in Whitehaven, Cumberland in 1793. This David was a captain in the 1841 census and an Overlooker of Shipping in the 1851 census, both in Liverpool, and his occupation in subsequent censuses is consistently related to shipping. Is it possible that he tried his hand for a short while as a farmer, didn’t make a go of it and returned to the industry that he knew? I chatted with one of the presenters on the cruise who originated in Whitehaven. Send me the details he said, I have a lot of resources. I felt I couldn’t send half-baked research and decided to investigate a bit further before seeking his help. Sadly, this further research into David from Whitehaven put paid to my hypothesis. So, I’m back to my original theory that the Power family were from Ireland. I don’t have space here to explain why I initially developed such a theory, but I’m convinced that ‘somewhere in Ireland’ is the answer to the origin of many lost souls. 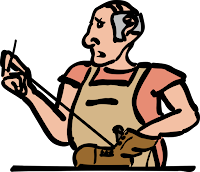 The second potential discovery related to a 3rd great-grandfather, George Paddock. George was the first in a sequence of bootmaking George Paddocks. From a variety of sources I had an estimated birth year of 1802 and a birthplace of Chester. He married Ann Brewer in Gloucester on 19 October 1837, not long after the introduction of civil registration in England and Wales. His father was Richard Paddock, a farmer. Over the years, I have had no luck finding a baptism anywhere of a George Paddock with a father of Richard sometime around 1802, +/- 5-10 years.  Imagine my delight when I found just such an entry in the Chester Diocese Bishop’s Transcripts on FindmyPast. The interesting thing is that the original parish registers from which the BTs are drawn are from Overton in Flintshire, North Wales (part of the Chester Diocese), and the Flint Record Office originals are also available on FindmyPast. I never thought of looking in Flintshire or Wales in general, since the majority of Paddocks I’ve located to date appear in Shropshire records. The BTs are full of inconsistencies compared with the original parish registers, but it appears that a George Paddock, son of Richard a farmer, was baptised in Overton in 1806. It’s worth noting that bootmaking runs in this family. So, is this my George? If so, why did he later give an incorrect age and birthplace – didn’t he know? Why did he leave North Wales to work in Gloucester initially? There is a cluster of Paddocks in Gloucestershire, so maybe the families were related. After his marriage why did he keep moving between Gloucester and Colchester in Essex – for work? He died in Colchester, but his son, another bootmaking George, who had been left behind in Gloucester, ended up in Liverpool, which is where the various lines of my mother’s family tree come together.
So, while I initially wanted just to fill in a few gaps for my mother’s benefit, I opened up new avenues for research – and this is only one part of her family tree. Investigating her ancestry has so far revealed family members originating, or residing, in Liverpool, Cheshire, London, Gloucestershire, Essex, Leicestershire, Derbyshire, Norway, USA, Wales, and Ireland. Researching family history can take you virtually, if not actually, all over the world. These two stories exemplify the need to be flexible in your research, have an appreciation of ecclesiastical and civil jurisdictions, and to use maps to determine current and former locations. They also exemplify the need to verify all the information you discover. Both the discoveries outlined above seemed plausible, but some of the information is at variance with that in subsequent records, so cannot be taken at face value. One discovery has already been discounted.
In terms of ‘catching up’, therefore, all I need is more time. So, will version 2 of my mother’s family history be ready for her 91st birthday?  The jury is out on that.
Until next time.
Pauline