And all this madness [WWI], all this rage, all this flaming death of our civilisation and our hopes, has been brought about because a set of official gentlemen, living luxurious lives, mostly stupid, and all without imagination or heart, have chosen that it should occur rather than that any one of them should suffer some infinitesimal rebuff to his country’s pride – Bertrand Russell

For many Australians, Australia’s contribution in the Great War is defined almost entirely by the Anzac legend of Gallipoli. Before transcribing the Wheeler data (see my blog Sept 2016 ‘Wheeler WWI database’), I was only dimly aware that the AIF fought on all the major battlefields of France and Belgium. The Battle of Fromelles (pronounced Fro-mell) was the first major conflict for the AIF on the Western Front: 5,533 Australians were killed or wounded in one night – the highest for one Australian Division in a single day of the entire war.

On the night of 19th July 1916, two Divisions (Australian 5th and British 61st) were ordered to assault the heavily fortified and defended German emplacement at Fromelles. The aim (as later confirmed from Army field reports) was to convince the Germans that a large-scale offensive was imminent. The assault failed; the German machine guns mowed down the Aussies and Brits trapped in No-Man’s-Land . Total Australian deaths are now known to have totalled 1,917.

The tragedy was that the Germans held the high ground, had seen the preparations for the attack and built up their defences – concrete bunkers and machine gun nests surrounded by barbed wire and sandbags, with artillery at the rear. No-man’s-land was a killing ground. The slaughter could have been avoided because the depth of the German defences could and should have been known by British and Australian commanders.

By war’s end, all but 618 of the 1,917 had been located and buried, unidentified (confirmed by Red Cross records). Rumours that the 618 ‘missing’ had been buried in Pheasant Wood were discounted after a failed attempt to locate a burial pit in that area. Notification of their deaths was prolonged by all of this ‘accounting’, in some cases delayed for more than a year after the armistice, adding to the suffering and grief of their families (is my boy recovering in hospital? taken prisoner?).

Many hundreds of Australian dead lay on the battlefield after the war, until their bodies were retrieved and buried in unmarked graves by the Graves Registration Unit. Rumours that the ‘missing’ from the Battle of Fromelles had been collectively buried in Pheasant Wood were discounted after a failed attempt to locate a burial pit in the area. Red Cross records accounted for 1,299 of the ‘missing’ who had been interred in other cemeteries, but no further attempt was made to account for the remaining 618, causing immense suffering for their families (is my boy recovering in hospital? taken prisoner?).

Undiscovered in German military archives was a document dated 4 November 1916, proving that Australian soldiers were lying in mass graves in Pheasant Wood. After the battle, a detail of German soldiers was assigned to dig burial pits, retrieve identity discs and personal possessions for return to Australia via the Red Cross and bury the dead. Here was evidence that 161 Australian soldiers lay in the area the Germans called Fasanen Wäldchen (Pheasant Wood).

The Pheasant Wood burial pits went undetected for almost a century, until an Australian amateur historian, Greek-born Lambis Englezos, became convinced of their existence. Englezos had met and listened to the stories of surviving diggers from the 19th July battle, read military histories and service records, studied Red Cross files, learned of the existence of the German record of burials at Pheasant Wood and became convinced that Australia owed a debt to these soldiers, to recover their bodies and give them dignified individual re-burials. The rest is history: 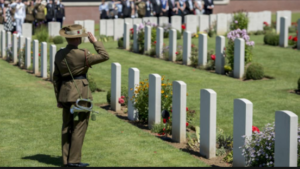 Fromelles Military Cemetery (Pheasant Wood) was donated by The land was donated by the owner, Mme Anne-Marie Descamps-Camé who believed that the site belonged to the Australians who were buried there

DNA matching is a complex process. Both parents contribute genetic material to their offspring; the (Y)DNA of the father is passed exclusively down the male line from father to son but only the (mt)DNA of the mother is passed to both sexes in the next generation, and only females can pass that (mt)DNA to both sexes of successive generations. The challenge is to target a living individual who can be asked to donate both male (Y-DNA) and female (mt-DNA). That individual might live anywhere in the world because many of the thousands of Australians who served in the AIF immigrated from around the world. Identification is achieved by creating family trees with help from the families with connections a ‘missing’ soldier, from physical descriptions (medical and army records) and from objects recovered with the remains (badges, letters, diaries, etc).  Research data are forwarded to the Australian Army History Unit which locates donors and arranges DNA testing.

To date, 177 of the 250 recovered soldiers have been identified, so that the family can be assured of the location of the grave, and the name inscribed on the tombstone.  Simple mathematics shows that 368 Australians are still ‘missing’.  Englezos believes that other mass graves have yet to be discovered. Most of the 177 identifications have been confrmed by DNA matching, facilitated by volunteer genealogists of the Fromelles Association of Australia. I’ve volunteered to assist with this research. There is work to do, new skills to acquire, but I’m up for whatever it takes to help reconnect an extended family with a soldier who perished at the Battle of Fromelles – Australia’s darkest day. 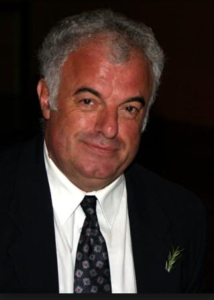 Lambis Englezos, AM – appointed Member of the Order of Australia in 2009, recipient of the RSL’s 2009 Anzac of the Year award