Often, we read the obituaries of our male ancestors which tell us much about them, however, little is told of how hard the females had to work in those pioneering days. Just picture a block of land that has not been cleared, completely unliveable, and yet our ancestors turned the property into a liveable property, on which they supported themselves and their family. In this blog I would like to tell how hard it was for my great grandmother, during these pioneering times.

Ernestine Fredericka Wilhelmina Stumer came to Australia when she was nineteen months old. The family came on the Susanna Gutefrau which landed in Brisbane on September 17, 1865.

Ernestine’s father Johann took a job at fifteen shillings a week on the Ipswich to Brisbane railway.

At the age of six, the family came to Vernor, Queensland. Ernestine came with her mother and sister by boat from Brisbane to Ipswich.  Her father, her older sister and brother came to Ipswich by dray. When they arrived at Ipswich, they picked the others up and they all came on the dray to Vernor.

They continued to clear the scrub and when their crops came, they had to take them to Ipswich. There was only a scrub track and many a time their dray was bogged. 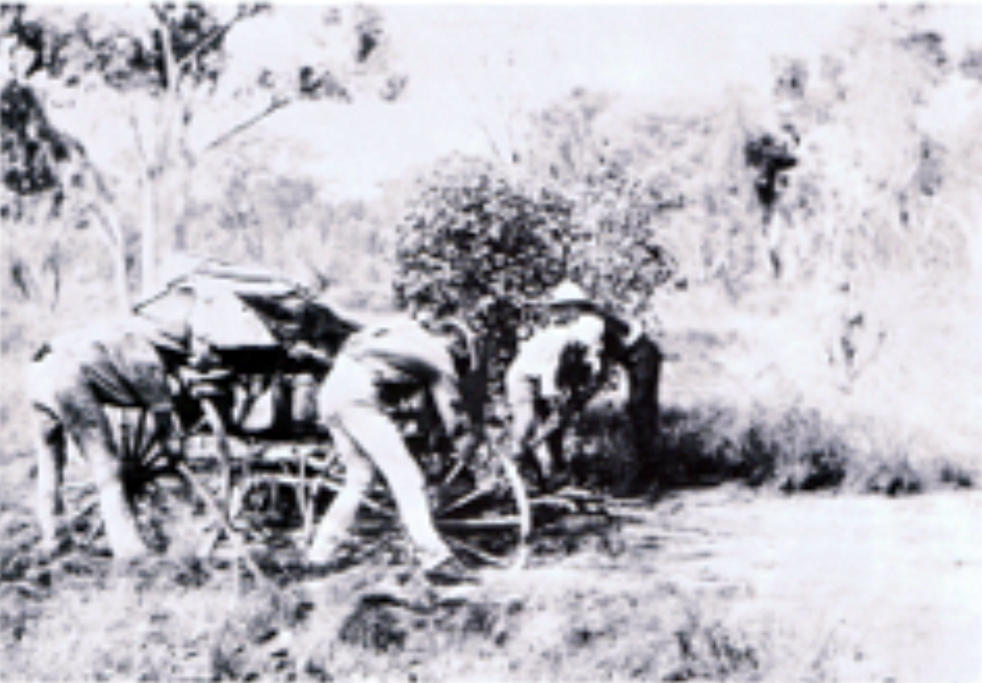 It was too much for the only horse they had and so the dray had to be unloaded. They would leave at 3 am and wouldn’t get home till about 10 pm. Sadly, all that effort produced little.

Many meals then were made of sweet potatoes, pumpkin and bread.  However, they all seemed to be healthy living on this meagre fare.

Unfortunately, Ernestine only had three months of schooling.

In 1875 when Ernestine was twelve, her mother died and she had to go cotton picking. There was a great need for cotton at this time as the American Civil War saw a decline in the growing of cotton in the USA, so Australia attempted to fill the gap and so much cotton was grown in the area.

Another of Ernestine’s jobs was the carrying of water from the Brisbane River. On one occasion, she had carried fifteen loads of water up the steep water bank of the Brisbane River and emptied them into a large bin, only to find someone else’s horse had come along and drank the lot. She then had to refill the bin.

It was also her job to round up the cows, so whenever the horse appeared she would tie her apron around his neck and ride him after the cows. 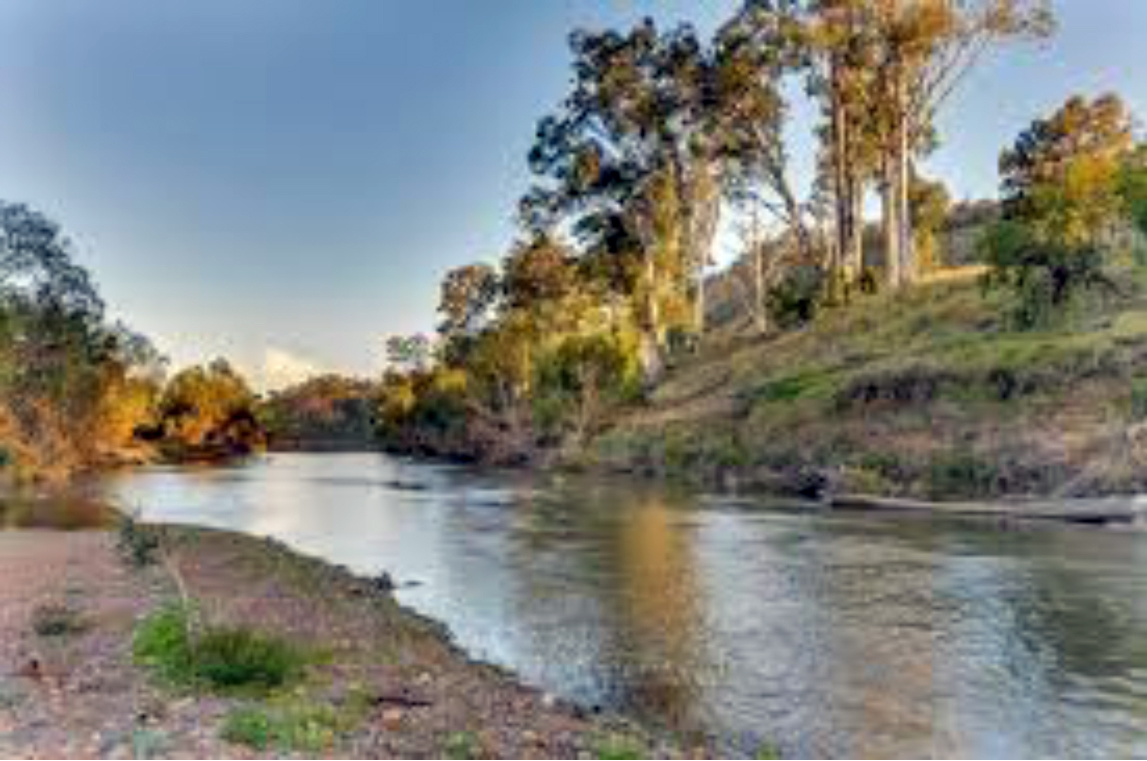 At the age of nineteen, Ernestine married Christian Ruthenberg.

They lived two miles from Lowood on the hills on the south western side of the township. Their farm consisted of 100 acres of standing scrub… once again the land had to be cleared, which was extremely hard work.

Once again she had to carry all the water from the Brisbane River, and many a time she kicked a root and spilled it all, which meant she had to go back for more.

Scrub felling was hard work also, no tractors or modern machinery then. One time a limb hit her on the head, which gave her a nasty gash and blood streamed down her back. There were no doctors around so she could not get any medical assistance. Years after she got a splinter out of her head!

When a small portion of the farm was cleared they built a house so Ernestine helped to cut down the trees and and split the shingles which was her job. She had to bore holes in the shingles, so they would not split when being put on the roof. She also assisted with burning stumps and picking up stones after the plough. 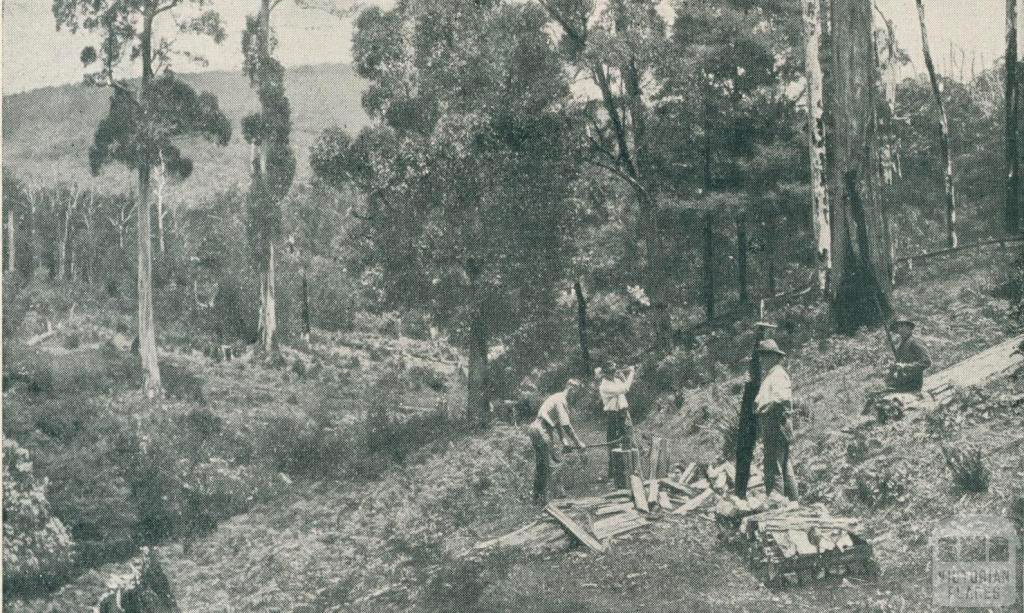 Ernestine also had to carry milk about two miles down to Mr C Beutel’s separator, have it separated and then carry the milk home. When they were able, they purchased a separator of their own and sent their cream to Mr W Dale’s creamery which was situated about three miles from the northern side of the Lowood.

Along with all the jobs she had, as described above, Ernestine reared twelve children, which on its own must have been a difficult job!

Today, no one will believe how hard she had to work, but if one wanted a home in those days, the only thing to do was to work hard.

Women of those days worked as hard as men!