1914-15  England and France are in conflict against Germany and Austria in northern France and Belgium – the Western Front. The war is deadlocked. The Gallipoli campaign, conceived by Lord of the Admiralty Winston Churchill, is an attempt to break the deadlock by invading Turkey through the Dardanelles to reach Constantinople (Istanbul), establish a supply route to Russian troops fighting the Germans on the Eastern Front.

Australian troops are evacuated 19 December 1915. Most of those fit to continue fighting re-deploy to Belgium, where German forces command the high ground around Messines. By July 1916, the futility of trench  warfare necessitates tactical changes.  An Australian General, John Monash, co-ordinates plans for air support of infantry, artillery and armoured tank battles.

Kenneth Selby Henderson, a 20-year-old grazier from Longreach, enlists in August 1915. Along with 519 men and 491 horses of the 5th Light Horse Regiment, he boards the Persic, bound for Malta (http://nla.gov.au/nla.arc-150128-20161108-1602-www.nationalanzaccentre.com.au/ship/persic.html). In November he receives orders to report to Brooklands for aviation training. He completes the course in January 1916, qualifies as a pilot and accepts a temporary commission from the Royal Flying Corps.

Flight Training is undertaken on Shorthorns, Avro 504s and Pups, operational training on Scouts, Camels and RE8s. Single-engine biplanes and twin-engine bombers are employed for reconnaissance, observation, aerial bombing and ground attack, patrolling, and re-supply of ground troops by airdrop. Trainee pilots have to prove their ability to perform these operations. 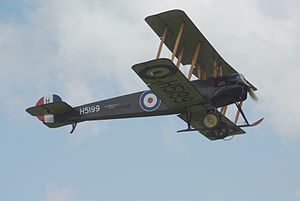 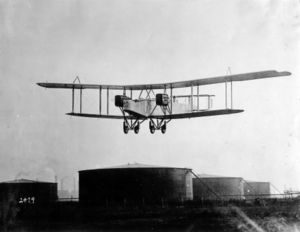 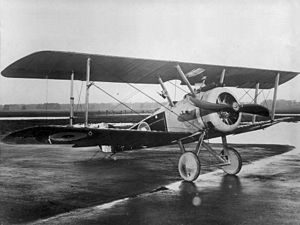 Australia’s WW1 monument is not at Gallipoli but at Villers-Bretonneux where, on April 24-25 1918 the Australian Flying Corps (under operational command of the Royal Flying Corps) supported the decisive battle that marked the beginning of the end of the ‘Great War’ and brought both sides to the negotiating table. Captain K.S. Henderson, No.1 Squadron, Royal Air Force, probably perished in that battle (UK, Commonwealth War Graves 1914-1921 Arras, Part X Halstead-Higgs, Ancestry.com)

The A.I.F. declared Henderson missing 4 June 1918 (National Archives of Australia, Series B2455 Item 156). In May 1919 his anguished parents instructed the family solicitor to probate their son’s Will. Two years passed before the A.I.F. declared a date of death – 2 June 1918. The cause of death has never been determined, nor have his remains been recovered.  But Kenneth Selby Henderson is commemorated on the wall at the Australian War Memorial and at the Arras Memorial, Arras, Nord-Pas-de-Calais.

Oh! I have slipped the surly bonds of earth,
and danced the skies on laughter-silvered wings;
Sunward I’ve climbed, and joined the tumbling mirth
of sun-split clouds, –and done a hundred things
you have not dreamed of –wheeled and soared and swung
high in the sunlit silence. Hov’ring there
I’ve chased the shouting wind along, and flung
my eager craft through footless halls of air…
Up, up the long, delirious, burning blue
I’ve topped the wind-swept heights with easy grace
where never lark or even eagle flew —
And, while with silent lifting mind I’ve trod
the high untrespassed sanctity of space,
put out my hand, and touched the face of God.

In researching this blog I discovered that Kenneth’s older brother followed him into the Royal Flying Corps: Jack Frederick Henderson (born 1890 Clermont, Qld BDM C2518), Sergeant 9th Battalion, wounded in France, was discharged from the A.I.F. March 1917 to take up a temporary commission as a Lieutenant in the RFC (NAA Series 2455 Item 2710). Jack made it home, married and had children; he died 27 August 1935 in Brisbane.