The first Who’s Who was published in London (1849) as a handbook of titled classes, listing only names without biographical sketches. In 1899, the format changed to include a short biography and various versions of Who’s Who are now published around the world. Each version has a slightly different format but usually provides details about prominent living people with deceased notables listed in Who Was Who.

Every family has notables – some have convicts while others have royalty – some are lucky enough to have both while others have none.  Sadly, I belong in the latter category – no convicts and no royalty (well at this point in time anyway – I can always live in hope). But, in my tree there are some people of note, those who made their mark for one reason or another. Following are some of the interesting (and deceased) personalities to whom I am related – they are given in no particular order.

Of course, if you too are related to any of these people, I would love to hear from you.

David was born in Teheran, Persia (Iran) to William King-Wood and Daisy Adcock. He was the youngest child of four and lived a relatively privileged life until the death of his father when he was eight years old. The family moved to France for a time and then to England where David was educated at Haileybury College. He went on to Oxford University where he was President of the Oxford University Dramatic Society, starring in productions such as Richard II, with Vivien Leigh as the leading lady and directed by John Gielgud (later Sir John). He joined the RAF at the beginning of World War 2 but had to withdraw when it was found he had vertigo. However, David’s proficiency in languages – French, German, Japanese and English, saw him quickly recruited into the intelligence services.

Following the war, he acted for a time in England and America and became famous for his role in the 1955 film, The Quartermass Xperiment. He was a Marlboro Man in the now-famous cigarette commercial but gave acting up to become a teacher at an elite boy’s school in New York, where he taught for over forty years.

David died in New York in 2003. A tree was planted in his honour in Central Park and the school named its Shakespeare Theatre after him.

Last but not least

They are my parents. 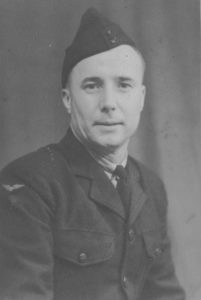 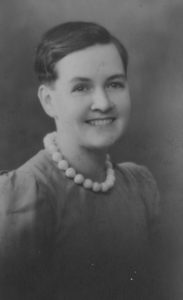 My father was born in 1905, the fifth of ten children. His father died when Dad was only eighteen, so there was little money in the family. An aunt took Percy under her wing, sending him to Nudgee College for a time. He served as a Leading Aircraftman in the RAAF in the Second World War and following the war, he purchased his first sugar cane farm at Beatrice Creek in the Pioneer Valley. He was the Chairman of the Board of Cattle Creek Mill over a number of years, eventually retiring to live at Seaforth, near Mackay, where he could indulge his love of fishing.

My mother was eight years younger than my father, being born in 1913, the second child of six children. At the time of Thelma’s birth, her father was an engineer at Marian Mill and later became the General Manager, a position he held for 30 years. My mother went to a boarding school in Rockhampton – the Range College – where her lovely singing voice often earned praise. She obviously enjoyed her time there as her five daugthers also attended the same school. Like Percy, she too loved living at Seaforth and when she could, would fish with Dad on the beach, or in one of the family boats.

Perc and Thelma were married for sixty years, with Perc dying in 1996, followed by Thelma three years later. The couple had eight children and seventeen grandchildren.