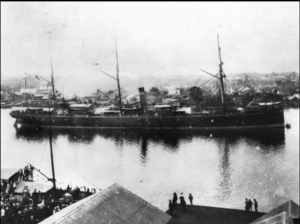 ‘We have lived fourteen years together now and we will die together’. Thomas McGladdery is said to have made this statement on board the wreck of the RMS Quetta, a ship from the British India line.  The speaker was referring to a woman and three children standing near him on the doomed ship.[1] The Quetta sank at 9.14 pm on 28 February 1890 as it sailed in Torres Strait at the top of Queensland for London. The ship sank in three minutes and took the lives of 134 people, including five of my McGladdery family.[2] Some passengers were concerned about a night transit of Torres Strait, and their fears would be realised. However, the ship was sailing in well-charted waters, with an experienced pilot on board.[3]

The Quetta sank after hitting an unknown granite rock, ripping open her bottom. This rock became known as Quetta Rock, giving future navigators a sombre warning. The ship then heeled over to port and sank with its cargo, including mail and half the passengers and crew. The tragedy occurred in Adolphus Channel in Torres Strait on a calm night, with the wreck of the Quetta remaining an infamous disaster in Queensland maritime history. Despite an inquiry, press reports and stories of survival, the subject remains fascinating to the Queensland public. 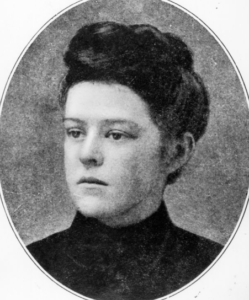 May Lacy victim of the wreck of the Quetta, State Library of Queensland.

Those who embarked on the Quetta were diverse, as were the survivors. The passengers were from many nationalities, including colonial men, women and children returning to Britain, and Javanese labourers who were deck passengers.  Saloon passengers were generally upper class and the immigrants a cross-section of the middle and lower British classes. The captain and the crew also were mixed nationalities with Europeans and 93 lascar sailors (Indian seamen). Lascars were often crew on British India line ships at that time.[4] After the wreck, only 158 souls survived, just over fifty percent of those onboard.[5] These included the final five survivors to arrive on nearby Thursday Island three days after the disaster. These survivors were Henry Corser, a thirty-seven-year-old solicitor, a saloon passenger; Arthur Renton described as a ‘globetrotter’ and seventeen-year-old steerage passenger Emily Lacy whose sister May perished.  An unnamed Javanese sugar worker was also part of the final survivors, as was the pilot, thirty-two-year-old Eldred Keatinge.[6]  As well as the pilot, the Quetta’s captain, Alfred Sanders of London, survived the wreck. Both the pilot Keatinge and Captain Sanders were exonerated from all blame. The Marine Board of 26 April 1890 found there was no evidence on which to find a charge of default against the master. The previously unknown rock was found to be the cause of the wreck.[7]

Farmer Thomas McGladdery was thirty when he arrived in Queensland, following his three brothers from their home near Ballymena in Antrim, Ireland. Thomas arrived in Rockhampton in March 1880, with his twenty-one-year-old wife Chelly and their two-month-old daughter Mary Jane on the Sir William Wallace.[8] They were in Queensland for ten years before embarking on the fatal return voyage. The first McGladdery brother to commence the chain migration of the family to Queensland was James McGladdery, my great-great-grandfather. James, along with his wife Christina and daughters Jane and Margaret, arrived in 1863 on the Saldanha.[9] Brother William McGladdery followed in 1866, with the eldest brother John coming in 1868.[10] Thomas appears to have waited until he was married and started a family before following his older brothers to central Queensland.

Thomas and his wife had a further two children in Queensland. Daughter Eliza Hanna was born on 14 January 1884, and two years later, their son, William James McGladdery, was born in Westwood.[11] Thomas McGladdery was employed by the railway in central Queensland, as were his three brothers. Thomas was a lengthsman in the Maintenance Department of the Central Railways for many years and was ‘well known along the line’ as the newspaper in Rockhampton, the Morning Bulletin reported.[12] Thomas’s resignation was effective on 15 February 1890, just two weeks before the Quetta sank.[13] Although the newspaper indicates that Thomas was planning to return to Queensland, it seemed he was reorganising his life. The newspaper reported that the McGladdery family were returning to Ireland for Thomas to visit his parents, which he hadn’t seen since his emigration. This statement was probably accurate, but there was a report that the family carried their life savings of 500 sovereigns on the ship, further indicating a life change.[14] It does seem likely that they were not planning to return to the colony. 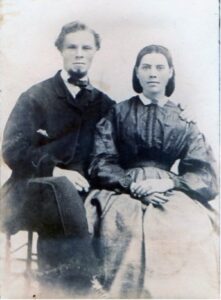 However, back in Antrim, Ireland, William McGladdery, a farmer and the father of the four McGladdery sons and a daughter, had died in August 1889, leaving his widow, Jane, alone to run their property in Antrim. There is an unverified family story that Thomas and his family were returning to take over the property from his late father as William had bequeathed his estate valued at £236 to his wife, Jane, to do with as she wanted.[15] Possibly, Thomas was returning to take over his father’s farm and care for his mother, but as Thomas and his family all drowned, this was impossible.

Jane McGladdery then assigned the McGladdery farm to  James McKibben, the widower of the only McGladdery daughter, Sarah. James and Sarah had married in 1863 and emigrated to the United States. They and their children had returned to Antrim, where Sarah died of phthisis in 1885, before her father.[16] The loss of the Quetta had far-reaching effects on the McGladdery family. Not only did Thomas and his family drown, but it resulted in the Antrim farm owned by Thomas’ parents moving from the McGladdery and into the McKibben family