For many years I have been intrigued by wedding fashion, in particular the bride’s gown, and how much thought and consideration goes into the planning of this dress. A dress which is usually only ever worn once then packed away carefully, treasured but then mostly forgotten, the glory days of the preparations and the wedding itself fading into the background as the cares, worries and humdrum of everyday life take centre stage.

The wedding of James Henry Edwards and Margaret Ann Lewis on 17 March 1922.

The wedding of my grandparents, Margaret Ann Lewis and James Henry Edwards took place on 17 March 1922 in the Roman Catholic Church in Tambo in Central Western Queensland.[1]  The wedding of my parents Betty Edwards and Hugh Edward Burgett was held on 20 November 1948 in St. Augustine’s Roman Catholic Church, Coolangatta, Queensland. [2]  One wedding was held in the dry dusty outback and the other in a seaside holiday town. This blog is a description of these two weddings, focusing on the gowns worn by my mother and grandmother.

I don’t have any recorded oral history of these weddings. When I was young it did not occur to me to ask my parents or grandparents about these occasions, although I would have been very interested, and sadly, they didn’t reminisce about them in my company. However, I am lucky to have photographs and newspaper reports of the weddings of both my mother and grandmother. I have been able to discover details about their wedding gowns as well as other particulars from photos and newspapers.

My grandparent’s wedding was reported in the Darling Downs Gazette and the Brisbane Courier. In the Darling Downs Gazette my grandmother’s dress was described as “ivory crepe de chine with overdress of Mechlin lace[3], the neck cut square, sleeves long and bell shaped, the upper portion of the bodice heavily embroidered in pastel shaded beads, loosely swathed belt finished in front with an immense posy of silver tissue with trails. Her mob cap in pointed upstanding Mechlin lace coronet shape was worn over a beautifully embossed tulle veil. Her bouquet of choice white flowers veiled in tulle and loops of bebe[4] ribbons, was tied with streamers of tulle.”[5]

The wedding of Betty Edwards and Hugh Edward Burgett on 20 November 1948.

My parent’s wedding was reported in the Tweed Daily and the Northern Star. My mother’s dress was described as “a bridal gown of white lace over satin. A Peter Pan collar was the only trimming on the fitting bodice, and the very full skirt was draped over hip pads and swept into a long train appliqued with true lover’s knots. Her full length embroidered tulle veil was fastened with a halo of stephanotis and she carried a shower bouquet of frangipani, roses and carnations.”[6] A present day ABC Gardening Show fact sheet describes Stephanotis (also known as Madagascan Jasmine) as having “wonderful starry white blooms and an absolutely delicious perfume. It is often used by florists in bridal work because of its attractiveness.”[7] In addition, as the Tweed Daily newspaper at the time further described, “white lilies decorated the church and an archway of frangipani and fern extended across the two front pews”. [8] The perfume in the church must have been gorgeous.

Another area of interest to me is the travelling outfit worn by the bride when setting off for the honeymoon. Often, when this outfit was described in newspapers the honeymoon destination was included. The newspaper report for my grandparents’ wedding states, “Mr. and Mrs. Edwards left by motor for Charleville thence by train to Mitchell and Toowoomba. Mrs. Edwards travelled in a mastic crepe de chine costume, white hat with trimmings of tiny flowers.”[9]  An early edition of the Oxford Dictionary describes mastic as “pale yellow.”[10]

The newspaper report for my parents wedding states, “when leaving for the honeymoon, which will be spent at Caloundra, the bride wore a ballerina length frock of oatmeal crepe. A feature of the dress was the bustle at the back. She chose a matching hat and carried brown accessories.”[11] 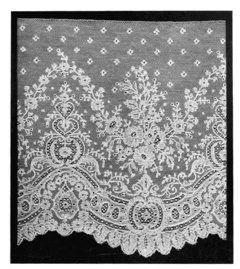 There is a lot of other information that can be gained from a newspaper report if the wedding is reported in some detail. For example, I learned that my grandmother’s bridesmaid wore pink and there were more than 50 guests at the wedding.[12] My mother’s bridesmaid wore blue and there were 40 guests at the wedding.[13]  There can be other details too, such as names and places that might seem unimportant or insignificant. However, these can be valuable clues. Those of us who are researching our family history know how a tiny detail can open up a new avenue of research and sometimes lead to solving one of those stubborn “brick walls”.

I am disappointed that I did not ask questions of my parents and grandparents when they were alive and regret that I no longer have the chance. However, I am grateful for the archived information available to me now, which has great value as I research my family’s story. It is wonderful to know any detail about such significant milestones in a family’s life, as they help us to understand and acknowledge days gone by and family members no longer with us.