A what, I hear you ask? Put simply, a taphophile is someone who takes a keen interest in visiting cemeteries, looking at gravestones, who spends time recording epitaphs and taking photos. As a relatively new family historian of just over 5 years I have definitely become an avid taphophile visiting close to 40 cemeteries so far here and overseas in an effort to trace family, husband in tow to take photos, hold back long grass so I could record details and generally join me in the hunt. 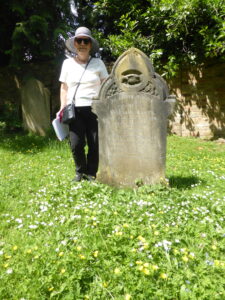 While photos of many graves can be found online on sites eg Austcemindex and Findagrave, and those specific to certain cemeteries eg Rookwood Cemetery Deceased Search, there’s nothing quite like seeing the grave itself.

It’s been a learning curve in more ways than one. Just what have I learnt along the way?

Do some research beforehand:
You may know where your relative died but where were they actually interred? Was their body returned to their home town for interment?
Which cemetery or graveyard were they buried in? There can be more than one in a town or area, what denomination were they?
Were they cremated, were the ashes placed in a wall niche, were they taken to be scattered by family?
Try to find out the position of the grave,  wall niche or memorial stone etc. If not online, the local council may have an online register listing detail. eg Clarence Valley Council website. There may be an onsite office as there is at the Northern Suburbs Memorial Gardens. A phone call or email enquiry can be helpful.

Online maps of some cemeteries may enable you to pinpoint the graves you are looking for. I have seen Perspex boxes at some cemeteries containing printed maps which have come in handy, at others there may be a board at the entrance showing where the various sections /denominations can be found.

Just where is that cemetery? St Pauls Carlingford is quite a distance from the church, down side streets and is surrounded by houses with access over a hill, through a local reserve.  There is no signage when you get there. If in doubt ask a local. 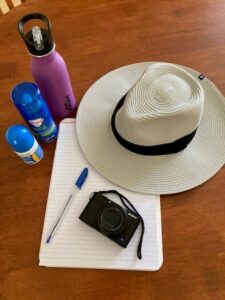 A clipboard and pen to record at least the names and pertinent details from the grave.
Decent walking shoes, for protection and comfort.
A camera or phone to take photos.
A bottle of water, it’s hot work scouring these cemeteries.
A hat and sunscreen; more than once I’ve stayed longer than planned and ended up quite burnt. Insect repellent can be handy too! 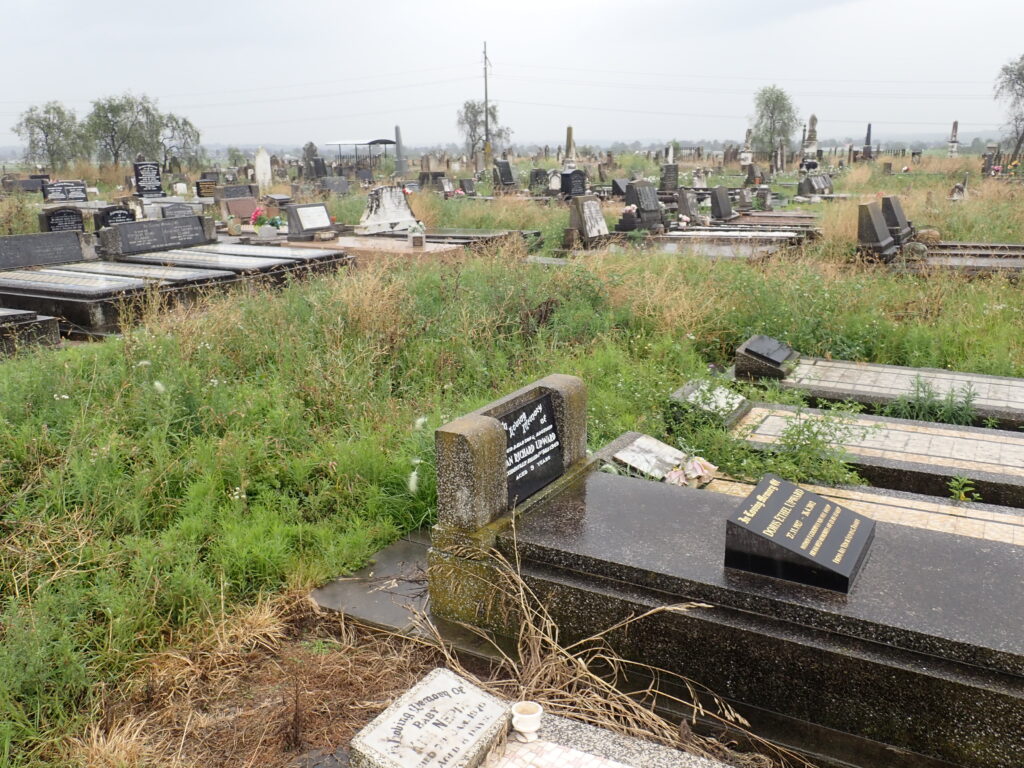 Whittingham Cemetery; the grave we wanted to see was the one at the back with the canopy!

A scheme I came across in Berkhamsted in England was “adopt a grave”. We met a group of young people at the Rectory Lane Cemetery who told us they were caring for a grave of a person who no longer had local or interested descendants, and at regular intervals they gather to weed around the grave, pay their respects and leave flowers. What a great idea! I believe there are groups here which periodically clean graves using approved methods of course. 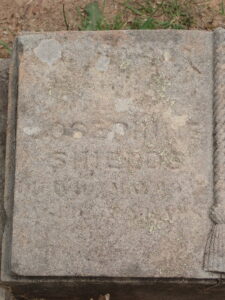 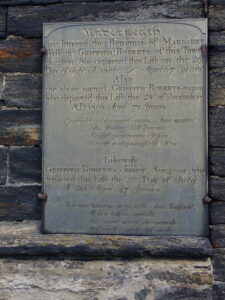 Gravestones may be in very poor condition; often early sandstone graves have eroded to the point of being illegible, lichen in particular may have taken up residence. In contrast slate gravestones we saw in Wales seemed as pristine as the day they were laid, inscriptions were perfect.

Don’t Believe all You Read on a Headstone:

Dates may be incorrect; it pays to check.  Bear in mind the headstones may have been erected years after the event, as families could afford or after the spouse died; family may have taken their best guess. I’ve found some where the gravestone inscription gives the burial date rather than the death date. The death of John Bush was reported in the newspaper on the 18th August, his gravestone at Greendale Cemetery near Dalton shows 22nd which was his burial date. 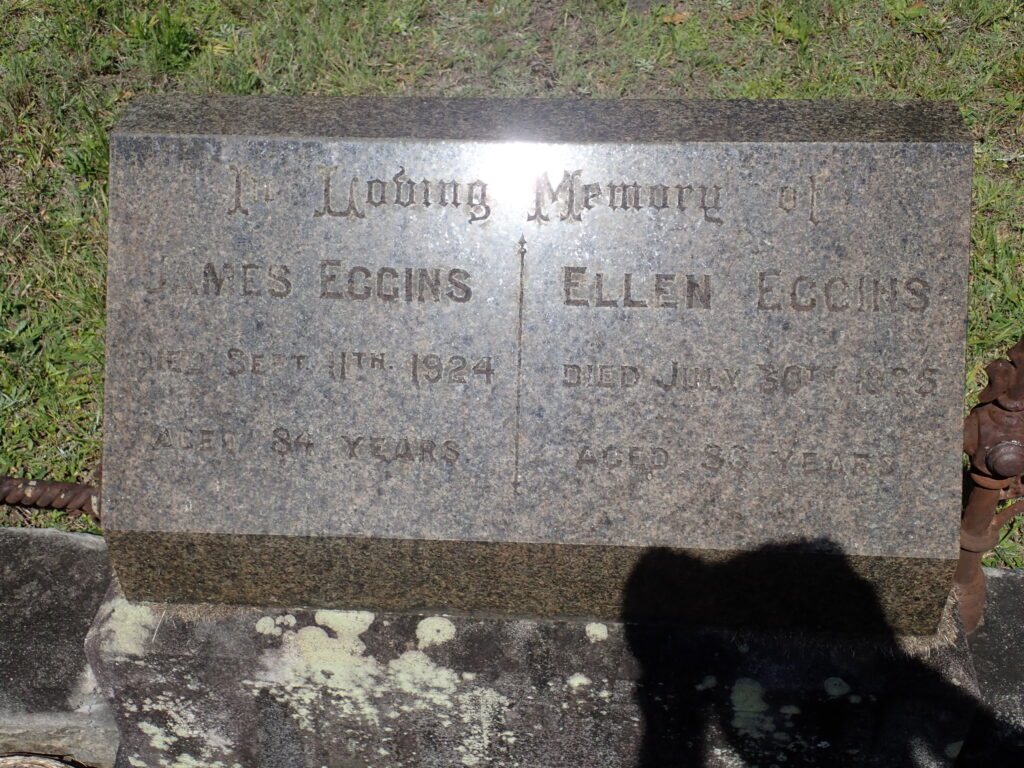 Dates have been transposed for James and Ellen Eggins, Coopernook Cemetery

I’ve also found a husband and wife’s graves adjacent to each other where the dates have been attributed to the wrong partner (as confirmed by the NSW BDM register).

I’ve found sometimes difficult to read inscriptions are better viewed from a side angle, casting a bit of a shadow across the inscription.

An inscription may mention a spouse and children of the deceased or even an occupation.

Maybe a memorial plaque will be attached to another family member’s grave, or a stone may be laid noting the person was interred elsewhere or ashes were scattered. 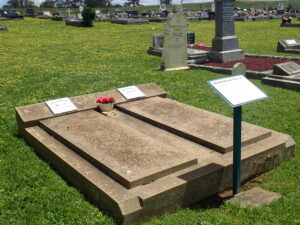 Greendale Cemetery where many of my husband’s pioneer Bush family is on land donated by early settler James Bush. The cemetery is well laid out and well maintained by local Bush family descendants. There are numerous plaques describing the lives of several ancestors. 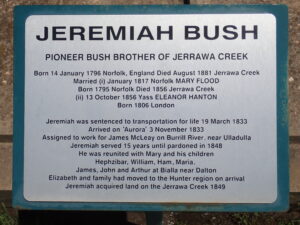 Look at Nearby Graves:

It is worthwhile, if you have time, to look at other nearby graves. You may just find that elusive relative as I did in Cornelian Bay Cemetery Hobart. Not only did I find the graves I was aware of, I located those of a great aunt and uncle I’d found no trace of since they’d arrived from Scotland in 1853. 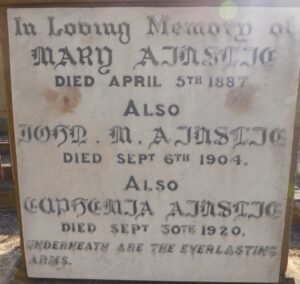 I found Mary, and the elusive John and Euphemia Ainslie, Cornelian Bay

Last year I visited the Casino Lawn Cemetery where many of my ancestors were laid to rest. The cemetery is well maintained and laid out, very flat and had over 6000 graves. Out of curiosity we went up and down every row and not only did we come across the graves of numerous family members, I spotted one with the (I thought unusual) surname of one of our GSQ members. I took note of the details and later checked and found this person on his tree; not only that, I discovered a number of my ancestors were on his tree! It turns out his wife and I have common ancestors. A new connection!

Not every Grave is Marked:

More than once I have found, disappointingly, the very graves we are looking for were just vacant spaces or grassy plots as happened when I visited Tully. I did manage to find the well-kept, marked graves of a fellow GSQ member’s grandparents that I was also looking for, so the visit wasn’t in vain. 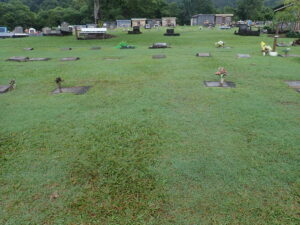 Watch out for hazards:

Keep an eye on where you are walking! Hazards I’ve encountered include dips in the ground where subsidence has occurred, bandicoot holes, broken edges and loose stones to catch your toes on, tree roots, long grass hiding who knows what and lots of ants! Whittingham Cemetery at Singleton, as well as all the above, had a sign warning that a bee swarm had taken up residence!

Take lots of photos of the grave and headstone from various angles. It’s also worthwhile taking a photo of any signage at the entrance. This will confirm later which cemetery the graves were in (not as silly as it sounds) and may indicate the authority who looks after the cemetery, should you have further enquiries. 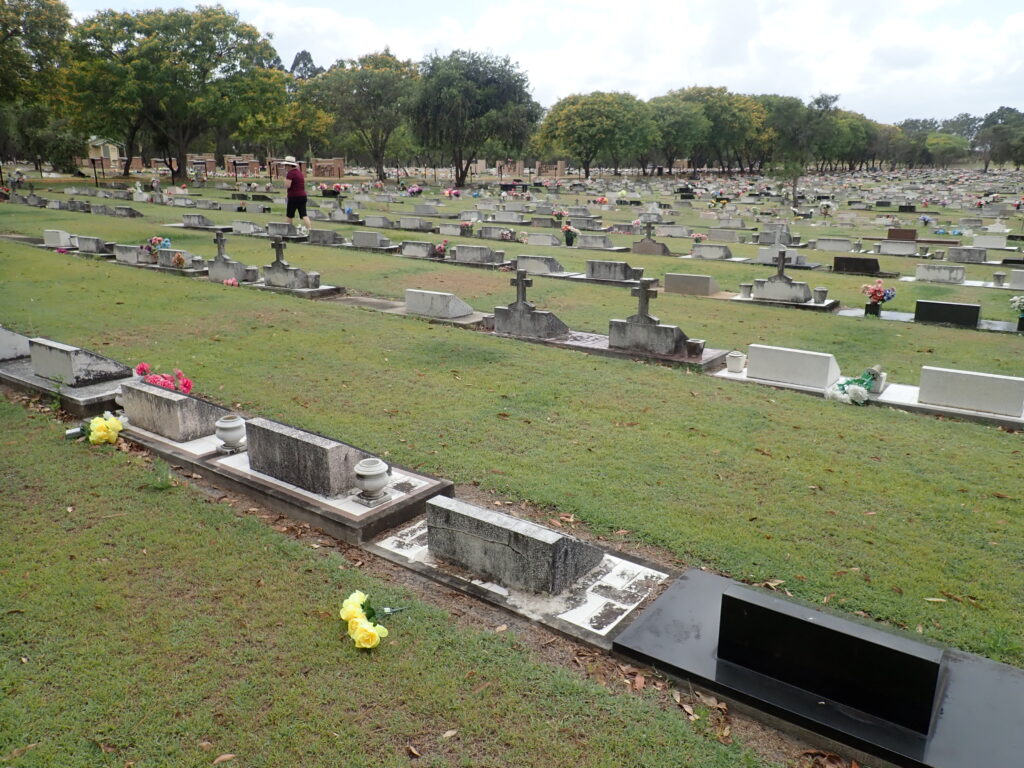 A general photo may be useful to later bring to mind just which cemetery this was!

Are you a taphophile too?

Editors note: All photographs used are the property of the Author.