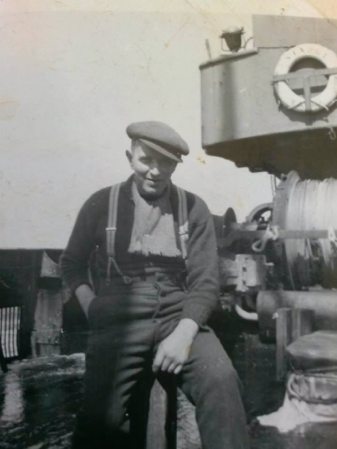 My great grandfather Helgi Julius Jónsson was a man of the ocean, just as his father and countless generations before him were.  He was an Icelander and they were bred tough, especially in the region where he was born – the Westfjörds, one of the most remote and rugged regions of Iceland.

Helgi was a born and bred fisherman.  He knew that the ocean was something to respect and gives thanks for.  It gave life with the sustenance of fish and provided an income for many, and yet it could snatch life away in the blink of an eye.  One mistake or a sudden turn of the weather could mean never returning to land and to the embrace of loved ones.  The following story is one that was told by Helgi and is remembered by his many descendants.

In 1924, Helgi graduated from the Stýrimannaskóla in Reykjavík, which gave Helgi the ability to work in the position of Helmsman, and Ship´s Captain on a ship.  Wikipedia states “The Helmsman was responsible for maintaining a steady course, properly executing all rudder orders, and communicating to the officer on the bridge using navigational terms relating to ship’s heading and steering.”

Helgi worked on a ship named Max Pemperton RE278 for fourteen years as a helmsman. This was an English manufactured ship by Cochrane and Sons Ltd in Selby England in 1917, however by 1935 the ship was owned by H/F Reykjavík.

In January 1944, nearing the end of the World War II, 44-year-old Helgi was scheduled to work on the ship, and would be heading out to sea.  However, on the day he was due on board his hand broke out in a strange rash and was so swollen that he had to see a doctor.  The doctor requested that he remain behind from this trip so that they could investigate this reaction further.  He was given leave from this journey and another man was called to take his place on the ship.

No sooner than the ship had left the harbour, the swelling in Helgi´s hand disappeared.  It was such an odd occurrence, but how could Helgi have known then that this would be the last time that the ship Max Pemperton was ever seen. 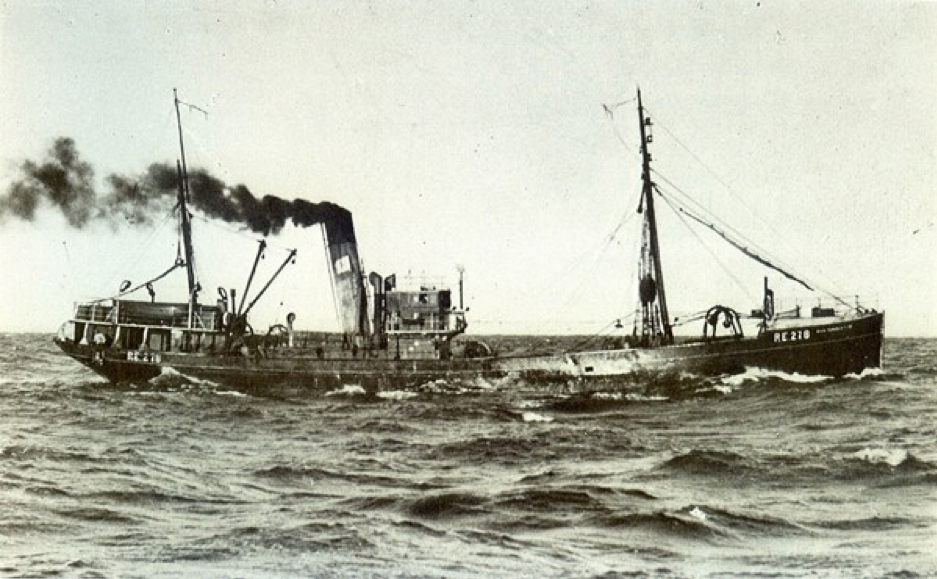 The ship perished with all 29 men on board. It is believed that the ship sunk at Malarifi at Snæfellsnesi on the 11th of January, on the north west coast of Iceland.  It could have been subject to military aggravation around at the time or bad weather had played a hand in its demise, but no one can really be certain.

Helgi was married at the time and had four children to his first wife Þorbjörg Kristjánsdóttir.  His oldest daughter Elín Helgadóttir was my grandmother. Lucky for Helgi he had escaped an early death and his young family were spared the hardship of life without their father and the livelihood he provided them.  I can’t imagine what he must have felt after the incident.  Perhaps relief at being spared, but I imagine there came with it sense of guilt to be the one who escaped death when so many of his comrades lost their lives.

Helgi sailed all through the war years to England with fish.  From 1948 he was the number one helmsman on the ship Ísborg from Ísafirðir in the north west of Iceland and from 1956 he worked for a net manufacturing company called Hampiðjunni in Reykjavík.  He retired from working life in 1987 at the age of 88 years old and died in 1996 at the age of 97 years old.