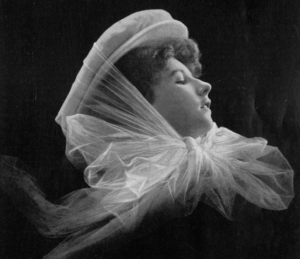 Researching Mr & Mrs W E Gardner was never dull. One moment I was in the dangerous world of intrepid World War 1 pilots and the next I was barrelling along a speedway with glamorous lady racing drivers. In early 1918, Victoria Alice Guest married Royal Air Force (RAF) pilot William Edward Gardner in Kent, England. On his arrival in Australia in 1923 to join the Royal Australian Air Force (RAAF) he was a widower. Who was Victoria Alice Guest and what happened to her?

William Edward Gardner and Victoria Alice Guest were married on 3 January 1918 at the registry office in Kent. On their marriage certificate, she gave her maiden name as Godwin, Father: Thomas, a farmer. She was 34, ten years older than Gardner. More searches were undertaken, using Godwin, without success. I then remembered valuable advice to check births under maiden names and found Gwendoline Irene Godwin born June Quarter, 1903, Leamington, Berkshire. I now had some date ranges to search for marriages to Mr Guest, but they were all dead ends. Turning to the British Newspapers on FindMyPast, I started entering all the names I had and was unprepared for what showed up under “Victoria Godwin”. 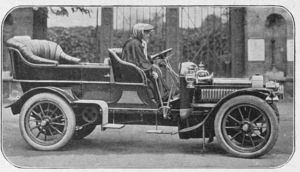 Pictured in the Illustrated Sporting and Dramatic News of 18 June 1904 is Miss Victoria Godwin seated at the steering wheel of a mighty four-seater Daimler. Her Edwardian straw bonnet is strapped tightly to her head by a large scarf tied under her chin, while she grasps the steering wheel and the brake like someone who knows one end of a car from another. The caption reads “The noted lady motor expert, who has driven her 24 hp Daimler from Paris to St Petersburg without assistance of any kind.”

Further research disclosed that she raced cars all over England and Scotland and was an expert mechanic. But was this the right Victoria Godwin? On the front cover of Tatler, 25 March 1908, was a glorious studio portrait of a stunning woman and beautiful young girl with the caption “Miss Victoria Godwin (Mrs Guest) and her daughter. Mrs Guest is well known as an expert on matters motoring and on several occasions taken part in motor races with much success.”

She also appeared on the cover of The Sketch and The Bystander in 1906 and in an article entitled “Famous Lady Motorists on Their Cars,” in The Sketch in 1905. Frustratingly, even with this interesting development, her early life was still a mystery, and Mr Guest remained elusive. One article in 1907 mentioned her recent return from America. Was this a clue I’d missed? Was she American? FindMyPast provides access to US and World Newspapers. 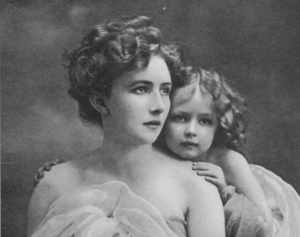 From the Indianapolis Sun to the Winona Republican, the Americans loved her. Reports from New York detailed her exploits, and in her own words, described her training in the Daimler car factory in Coventry, cross-country adventures in Europe, a Land’s End to John O’Groats drive and numerous accidents resulting in a broken arm, ribs, and collar bone. Victoria is described as having “fluffy golden hair and round childish grey eyes” and interestingly, as “the daughter of a man of independent means Edward T Godwin of The Manor, Lichfield, England.” When she finished school, according to Victoria, “her father gave her a motor car and she became as thoroughly fascinated as a boy in its mechanism.” Working at Daimler for $12 a week, “in overalls of blue jean she operated lathes and drills, adjusted parts, got up machines and tested engines.”[i] So, not an American.

There was no link between The Manor in Streethay, just outside Lichfield in Staffordshire, and the Godwins. Births for Victoria Godwin were also a dead end. Being an unmarried mother in 1903, aged about 20, she probably invented a tale involving marriage to Mr Guest, to protect her daughter and her reputation. It wasn’t hard after that to embroider her origins.

Her celebrity status as a motorist and the mantle of respectability of Mrs Guest meant that the spotlight was more on what she did rather than where she came from. In the Sydney Sportsman in January 1906, Victoria was described as “unlike the ordinary she-sport, ‘Vic’ is as lovely as they make ‘em.” Even the Otago Witness in New Zealand happily retold the story of Victoria being stopped for speeding and blaming it all on a mosquito bite![ii]

And then there’s her mysterious relationship with Harvey Du Cros Jnr, the fourth son of Harvey Du Cros, founder of the pneumatic tyre industry. In October 1906, while Victoria Godwin was driving with Harvey as a passenger, they were pulled over because she was driving “at excessive speed”, (50 mph). As the owner of the car, Mr Du Cros was fined because he “did not interfere” in Miss Godwin’s driving, and therefore he was “responsible for the dangerous speed.” An appeal to the High Court decided that “there was no evidence to show that he did anything to encourage or procure the driving at excessive speed,” and the case was dismissed. 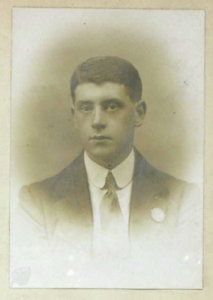 I had seen Harvey’s name before. He signed the 1911 census entry for Longwood, where Victoria and Gwendoline were guests. A month before the census was taken Victoria was injured in a serious car crash. After initial treatment by a doctor, the patients were “taken to Longwood, (the residence of Mr Harvey Du Cros).” A month later, she and Gwendoline were still there recovering, attended by a nurse. On the night of the census, Harvey Du Cros was staying in London at his motoring club.[iii]

Victoria Godwin charmed the world with her wit, beauty, and skill. So, towards the end of 1917, when war-weary young Captain William Gardner met Victoria, the stage was set. No doubt she was still stunningly attractive at 34, and to a daredevil pilot, who risked his life every time he flew, a beautiful, fearless independent woman with a fascination with cars and engines must have been irresistible. But the romance wouldn’t last.

William remained with the RAF until March 1920, recording Victoria as his next of kin, by which time her racing days were over. But in late 1923 William Gardner arrived in Melbourne, aged 30 and single. What happened to Victoria?

A search on The National Archives Kew for Victoria Alice Gardner produced a divorce record for 1920 where Victoria asked for a divorce on the grounds of resumption of conjugal rights, this being the only option open to a woman seeking a divorce from her husband because of desertion or adultery. There is no record of its outcome. (Record yet to be obtained). 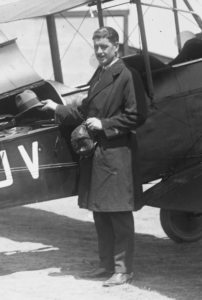 There were no obituaries, but in The People on 4 Mar 1928, in a reminiscence on car racing in Brighton in 1905 was this snippet, “Victoria Godwin later committed suicide at Monte Carlo – a sad story.”

There were two possible Ancestry family trees. Both gave a date of death as 19 Feb 1921 at Monaco, which remains unconfirmed, but disagreed on her birthplace. One of the trees was eliminated by the 1911 Census. The Godwins from Blithbury, Staffordshire looked more promising.

In the 1891 Census at Blithbury, Lichfield, with Thomas Godwin, farmer, and Mary, his wife, was granddaughter Alice aged, 8 born Kings Bromley, Staffordshire. Alice’s mother was Thomas and Mary’s daughter Mary Anne born in 1865 in Blithbury. In 1881 Mary Anne, aged 16, was an Under Nurse for the Wright family at Willows House Farm on Alrewas Road east of King’s Bromley. Her illegitimate daughter, Alice Victoria Godwin (or Victoria Alice as we know her), was born in 1882 at King’s Bromley.

If Victoria’s life after racing was anything like her peers, then it was a familiar tale of drugs, gambling and fading celebrity, which ultimately resulted in her failed marriage and premature death.

On 16 July 1929, William Gardner married his young student pilot, Maud Ferguson in Bendigo, Victoria, and they both went on to make enormous contributions to aviation in Australia.

William’s mother came from King’s Bromley in Staffordshire, where her father was a tailor. Perhaps William knew of Victoria and her exploits well before marrying her!