It was not long after my father died in 1987 that I first started to research my family history. I have related the story on many occasions that when I looked at all the people who attended my dad’s funeral and wake I wondered where everyone whom I knew as a child had gone. I therefore decided to start with my paternal ancestry as my maiden name is not very common. I did an introductory course at GSQ, became a member, and was ‘hooked’. Those were the days of scrolling through microfilm of UK BMD records, searching through microfiche of IGI records and whatever census records were available. The major subscription sites were in their infancy and digitised records were few and far between. I subsequently purchased Legacy Family Tree software on the recommendation of a friend and fellow researcher and began to enter all the information I could find. My daughter shared this software with me and it was agreed that she would work on her dad’s ancestry and I would work on mine. However, the arrangement didn’t always work as we had different methods of recording data and she was starting to become a whizz at online searching, so would find things that were ‘mine’.

After splitting the database and focussing in the past few years solely on my own ancestry I have come to realise the error of my/our ways in our early research. These errors have usually emerged when I choose an ancestor or record at random for some other purpose. What type of errors have I found?

The absence of source information is a really big one, especially when new records appear to contradict what I have recorded in Legacy. The Hall family appeared in my previous blog post and arose from an item I prepared for GSQs Wednesday Zoom meeting about traditions and baking which caused me to review information I had on the ancestry of Hannah Hall. She was the daughter of Joseph Hall and Hannah Radford, as confirmed by her birth certificate; this parentage is also consistent with the birth record of my direct ancestor, George Hall, one of her older brothers. Joseph Hall and Hannah Radford married in 1837 in Breedon, Leicestershire; I have their marriage certificate as well as the parish record. Joseph’s father was Thomas Hall and this tallies with my record in Legacy, but Hannah’s father is recorded as Thomas Radford. This is at odds with the information recorded in Legacy, which shows her father as George Radford.  So, there were two possibilities. The first was that when recording their marriage, her father’s first name was copied in error from Joseph’s father’s name. A second possibility was that I had the wrong Hannah Radford. In breakout sessions at the Wednesday Zoom session members were terrific in locating several parish records which may help to resolve my Hannah’s parentage. Unfortunately due to other commitments I have yet to work on this further. When I do, I will make sure that I note the sources in detail. These Zoom sessions are a great way to tap into the expertise of other researchers and they are ably managed by Bobbie Edes.

My second example resulted from an item I prepared for another genealogy group about how I find a woman’s maiden name by using a mix of census, civil registration and the GRO website. I again chose someone at random and to my disbelief came across another example where my records in Legacy did not match what I now found online or by a careful reading of a certificate. This example demonstrates how easy it possibly is to conflate two people with the same name, same year of birth, and potentially research the wrong line.

Sarah Curtis born in 1849 in Lount, Leicestershire is my 2x great-grandmother. She married Edward Pickering (who has an interesting ancestry of his own) on 22 January 1872 at St Stephen’s Church in Woodville, Derbyshire. This area is close to where I grew up so I am very familiar with it. According to a transcript of the marriage in the parish register (accessed via South Derbyshire BMD website, which is excellent for transcriptions), she was the daughter of Joseph Curtis. My other records show that her mother is Ann Bird. However, the birth certificate I have for a Sarah Curtis born 1849 in Lount gives her parents’ names as Thomas Curtis and Fanny Bird! The mother’s maiden surname is correct and I could accept Fanny as a diminutive nickname for an Ann, but I feel I am being haunted by men called Thomas. I only discovered this discrepancy when explaining to the group how I found Sarah’s mother’s maiden name. Is her mother Fanny or Ann? Is her father Joseph or Thomas? 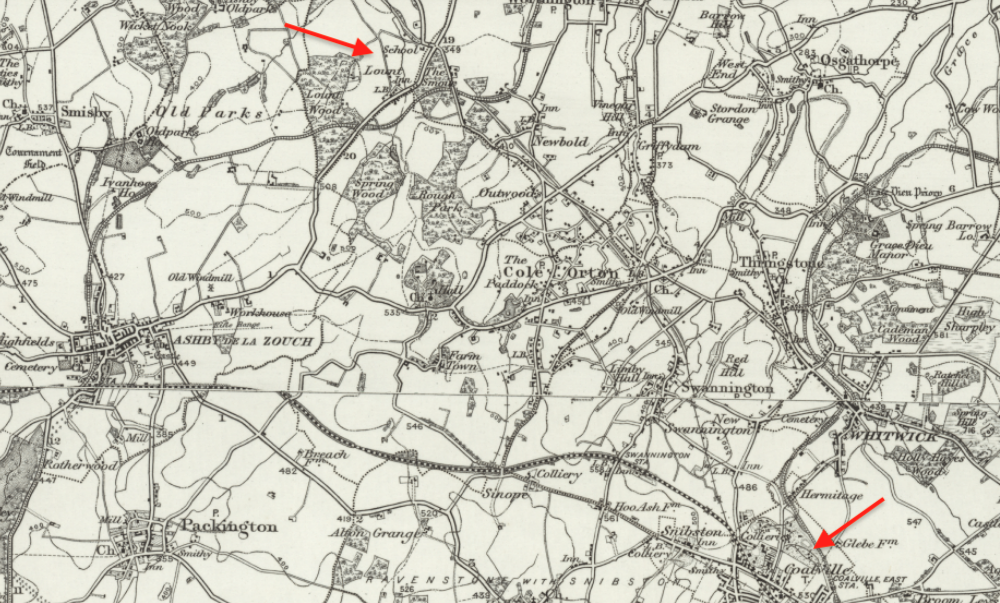 Currently I have the birth certificate for Sarah (daughter of Thomas and Fanny), the marriage record of Sarah and Edward Pickering, and several census records. I’m pretty sure that her mother’s maiden name is Bird as I have checked the birth records of all the siblings listed in an 1861 census record with the details on the GRO website which gives the mother’s maiden name. I have a possible 1851 census entry for a 2-year old Sarah enumerated as Cutler with her parents Joseph and Ann, but born in Coalville. I have 2 possible 1861 census entries. One is living with her widowed mother, Fanny and older brothers John and Joseph. The second is living with parents Joseph and Ann and younger siblings John, Mary, Ann and Fanny.  It is possible from the 1861 census entries that there were two women named Sarah Curtis, both born in 1849 in close proximity to each other, but I’ve only found one birth record to date.  This is the last time that either of the Sarahs were living with their parents and siblings. 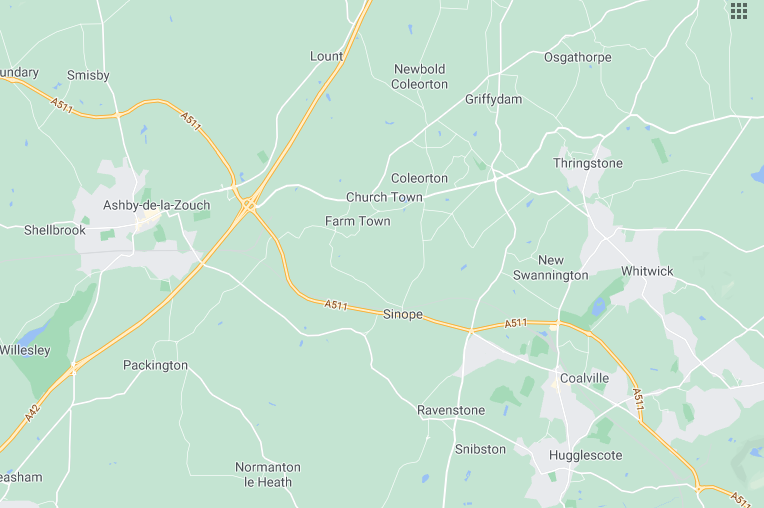 There are two Sarah Curtis’s in the 1871 census in Leicestershire, both are domestic servants in other households. One is living with the Hunt family in Measham, which is on the Leicestershire/Derbyshire border, with an enumerated birthplace of Gresley in Derbyshire. The second is living with John Bird and family at the Fountain Hotel in Whitwick not too far from Ashby-de-la-Zouch in Leicestershire, with an enumerated birthplace of Lount. All these places, whether in Leicestershire or Derbyshire are located really close to each other. I’m favouring the Sarah in Whitwick as she is enumerated as being born in Lount and her mother’s maiden name was Bird. In later censuses, Sarah is with her husband and family and her birthplace varies between Lount and Coalville.

In order to distinguish between these two women named Sarah, and in the absence of a second birth certificate, I have now turned to Familysearch to locate baptism records. Sure enough, I have found two baptisms, both in 1849: Sarah Curtis in March in Coalville and Sarah Curteis in April in Worthington. The images of these two baptisms have been accessed from FindmyPast in their Leicestershire Parish Registers collection.

So, there are two Sarahs, and, given all the other records, I believe that my Sarah is the daughter of Joseph and Ann; is most likely the niece of the John Bird living in Whitwick; and is possibly also the niece of Fanny and Thomas. It is possible that the second GRO birth record is recorded under a really unusual variant of the surname Curtis. A birth record for a Sarah Cutler with mother’s maiden name of Bird looks promising. Another job on my to-do list is to try and trap all these Birds and find an appropriate perch for them in the aviary of my family history. The Curtis family will be on a neighbouring branch.

What these two examples demonstrate is the need to revisit your earlier research when new records or search tools become available. I have not looked at these branches of my family in detail for quite a number of years. It is only when looking for examples to include in presentations and other activities that I have come across these differing results. It then pays to update your records and cite your sources.