Greg Cope, Assistant Director, Brisbane Office, National Archives of Australia is GSQ’s guest blogger for this week. Some of the most requested records at the National Archives of Australia would have to be passenger records, passenger lists or evidence of entry into the country. The Archives hold a range of records which includes passenger lists, nominal rolls of ships to and from Australia. Passenger cards for incoming and outgoing people both via sea and by air as well as registration … END_OF_DOCUMENT_TOKEN_TO_BE_REPLACED 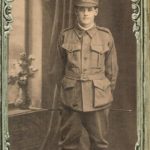 Annie Wheeler’s index of Central Queenslanders serving in the Australian Imperial Force (A.I.F.) has enabled Genealogical Society of Queensland (GSQ) volunteers to document the lives of more than 2,700 Australian men and women who fought and died and World War I. Their service records, housed in the National Archives of Australia (NAA), show the diseases from which they suffered – scabies and diarrhoea, trench foot, venereal disease, influenza and tuberculosis – as well as the battle injuries that either killed … END_OF_DOCUMENT_TOKEN_TO_BE_REPLACED

One-sixth of Australia’s total pre-World War I population of 5 million was killed in action or wounded in the Middle East battles at Egypt or Gallipoli, in France or Belgium at Messines, Polygon Wood, Passchendaele. Survivors of these battles were discharged, repatriated to Australia, expected to take up their lives after what is today acknowledged as the most brutal war in living memory. Some managed to resume their pre-war lives, despite old wounds, amputations, painful memories of loss and sacrifice; … END_OF_DOCUMENT_TOKEN_TO_BE_REPLACED 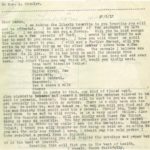 One hundred years ago the world was engulfed in conflict. Men and women from every nation were conscripted or volunteered to fight when hostilities broke out in Europe in August 1914. Some 416,809 Australian men and women enlisted in the First Australian Imperial Force (AIF), the main expeditionary force of the Australian Army.  By the end of the war, over 60,000 Australians had been killed and 156,000 wounded, gassed or taken prisoner.     One central Queensland woman who found … END_OF_DOCUMENT_TOKEN_TO_BE_REPLACED