So begins a favourite book of mine about criminal children in Victorian England, aptly called Fagin’s Children, by Jeannie Duckworth.  I remember reading this opening statement, made by Lord Shaftesbury in a speech he gave in the 1860’s, and thinking “that’s quite a statement to make, and I’m not so sure that I would agree”.  Well – after reading the first few chapters I too was thinking – “Dear God – some people should never be allowed to have children!”.

Criminal children – what comes to mind when you think of those two words?  Did you know that hundreds of children were transported to Australia as convicts?  The youngest of them under ten years old?  Have you ever thought what lay behind the life of a child in Victorian England – that is, a child born into poverty and vice, with parents (or a parent) who views them not as a small, innocent, beautiful being – but as a “tool”, or a “game piece” that might bring in an extra shilling or two?

Think of Manchester in the 1840s – a growing metropolis which increased in population by over 40 percent after thousands of rural unemployed moved there at the height of the industrial revolution.  Many of these were children, and when their parents and older siblings faced chronic underemployment and lower wages, they were forced into considerable hardship.  Authorities couldn’t cope with the rapidly growing urban population; dirt, disease, overcrowding and noise, all rendered once liveable and inviting suburbs into unhealthy places to live – in some places there were more deaths than births.

In London the areas of Shoreditch, Bethnal Green, Whitechapel and Clerkenwell were all known as rookeries, or “no go” areas.  Every room, attic and space available was crammed full of people.  Authorities didn’t even know how many thousands lived in these districts – they only knew that most existed through crime, begging and prostitution.  But all the big cities were the same, none were immune to it.

In Leeds a survey was carried out in 1853 which found that only 62 privies serviced 658 houses – containing 3,457 people.  Lord Shaftsbury, the social reformer, visited such a place himself in 1846 and was almost brought to his knees when he discovered unsanitary rookeries crammed with “barely human beings”.  Yet it was the children that he would never forget, describing them as “a race of beings apparently unknown to the outside world: nondescript, unknown, uncared for, begging on street corners, squatting on doorsteps, wading in the gutters; some with no home, some with no name.”

In his book about juvenile delinquency in Manchester in 1840, the author W.B. Neale said one could trace the careers of criminal children, from their first steps through street selling, petty pilfering, pocket picking and eventually into organised crime.  What struck him was that parents often encouraged their children down this path, some handing out beatings if their young came home with empty pockets.  Neale believed that circumstances and parental irresponsibility, rather than innate depravity, produced criminal behaviour in children; dishonest, uncaring, and immoral parents reared children with the same traits and tendencies.

Girls in particular were a problem; and I love what is quoted by Henry Mayhew in Fagin’s Children:

Are poor girls naturally more unchaste than rich ones?  Assuredly not.  But they are simply worse guarded and therefore more liable to temptation (and exploitation!).  The daughters of even the middle classes are seldom or never trusted out of their mother’s sight so that they have no opportunity for doing wrong.  With poor girls it is different…a girl is sent to run errands alone from the tenderest age and when she is strong enough, she is put out into the world to toil for herself. 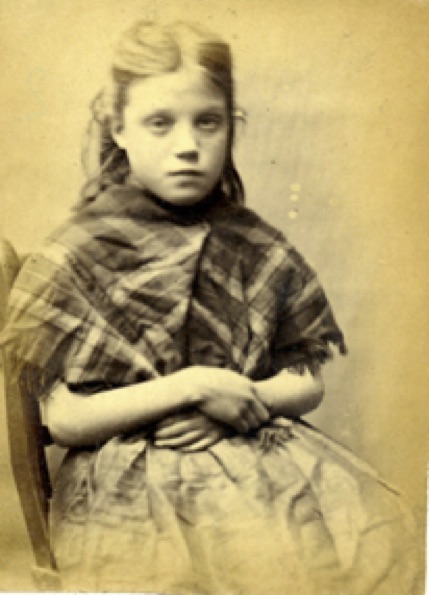 Sometimes at the age of 8, young girls were told by their mothers to go out and fend for themselves!  Scarcely hard to believe.  Added to this, mothers of the poorer class were often away from home all day working, and so children were left to fend for themselves for hours on end – often sitting in the gutter or begging, or worse; being exploited.  Children did not choose to be criminals, but were sadly forced into it, growing up in a criminal environment, learning and copying what they saw around them; inheriting dishonesty like a token in a will.

Children with such wretched upbringings were too often used by their vicious parents as a means of providing money.  Girls were sent out to sell flowers, sometimes staying out until past midnight and beaten if they came home penniless – with their parents knowing full well that they associated with other girls of loose character and probably got their money in other ways, not from the flowers they were given to sell.  One story tells of young sisters sent out by their father to sing for money, taking with them their baby brother and told to stick pins into him to “make him cry and increase the sympathy of passers-by”.

Fagin’s Children is a book full of “shake your head” moments – at times you could vividly imagine one of your ancestors, aged 5 or 6 on the 1851 census in Bethnal Green, being exposed to such an environment.  If you’ve gone on to trace siblings, some of you would know that at times they seem to just disappear, untraceable in future records – could it be that they swallowed up by this abysmal part of 19th century society?

The children of Victorian England, the ones who faced hardships since birth, how could they be responsible for their eventual misconduct?