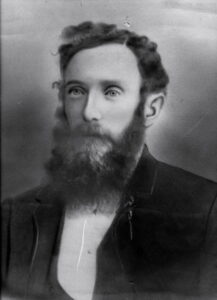 This tale begins with the landing in Brisbane of the vessel Ariadne on 3 January 1864, that turbulent year for the city with two major fires in Queen Street.[1]  One of the passengers on Ariadne was James Carothers, a young 19 yr old lad from Fermanagh.[2] The young lad worked hard and by 1870 he had established a farm at Bulimba Point; Bulimba had been serviced since 1850 by Samuel and Matthew Buckley operating a rowing boat. In 1864, John Watson began a vehicular ferry at Bulimba under lease; these two services were popular as there was only one bridge built in 1862 at South Brisbane connecting to the city at that time.[3] This ferry was important to James so he could stay connected with the Brisbane community. Initially bananas were grown by him on his farm by the river and a little later he began a dairy farm, eventually delivering milk to the residents on the Bulimba district.[4]

A religious man, his group of companions included John Irvine, farmer and evangelist who used to visit James for conversation during his daily walks. As it happened on one such walk John was excited, as he’d just received a letter from ‘home’; from his family in Killyleagh Co Down, and the letter included a photo of his sibling Margaret who was then 18 years old.[5] He proudly showed the photo to James who was immediately smitten; by the time his friend departed he had implored John to write to Maggie, as she was known. I shall repeat verbatim part of that letter, a sweet reminder of how differently courting was done 150 years ago. 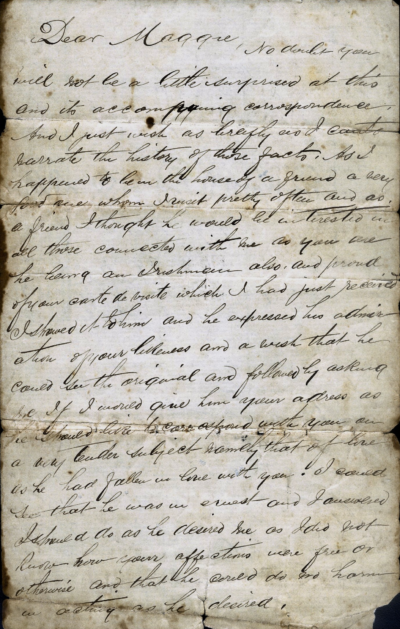 ‘Dear Maggie’ John Irvine’s letter to his sister Margaret telling her that James Carothers had fallen in love with her. From Carothers family collection.

Part of John Irvine’s letter to Maggie:
‘He being an Irishman also and me being proud of your Carte de Visite (photograph) which I had just received.  I showed it to him and he expressed his admiration of your likeness and a wish that he could see the original.  He followed by asking me if I would give him your address as he would like to correspond with you on a tender subject, namely that of love as he had fallen in love with you’……

Letter continued then:
‘Having a few days to think over the matter, I again took a walk down to his place.  He expressed his purpose as fixed to us as he stated and wished me to write to you and tell you all I know about him.’

At this time the mail came by sea, a journey taking about two months, so patience was a virtue in this instance. Correspondence continued back and forth between the two love birds until on 11 April 1874 the Alexander docked in Brisbane carrying Margaret, Robert and Andrew Irvine.[6]  James had not wasted any time in arranging their marriage which took place in Brisbane just 13 days later on 24 April 1874.[7]  A notice appeared in the local newspaper ‘Irvine – Caruthers. On 24 April by Reverend John Kingsford, Mr. James Caruthers, Bulimba, to Margaret Jane Irvine, eldest daughter of Mr. James Irvine, Killilegh, Co. Down, Ireland.’[8]

James and Margaret had their first child, William Fisher Carothers on 3 Aug 1875 sadly this baby died age fifteen months on 17 Nov 1876. Over the following six years there were five daughters born – Sarah (1877), Jane aka Janine (1878), Bessie (1880), Jemima (1881) and Mary born in 1883. Maybe feeling homesick for their elderly parents, in 1885 with the farm doing well, they made the huge decision to travel to Ireland on ‘Garonne’ departing from Sydney on 12 September 1885 with Margaret once again pregnant. Whilst in Ireland, their seventh and final child was born on 18 December 1885 at Ballytrim, Killyleagh the home of Margaret’s parents. The baby was named John but known as Jack throughout his life.[9]

Vessel passing the Carothers home on Bulimba Point about 1900. From Carothers family collection.

The family returned to Australia on the vessel Oroya as Unassisted passengers arriving in Sydney on 15 August 1887, then catching the coastal steamer north to Brisbane. They were accompanied by Maggie’s unmarried sister, Sarah Irvine.

Returning to their Bulimba house and dairy farm, life went on as normal until in the major Brisbane floods of 1893, when their Bulimba house shifted slightly as water reached right up Brisbane Street to their residence. This resulted in it having to be restumped and cleaned out, however the terrible smell endured for six long months before disappearing.[10] 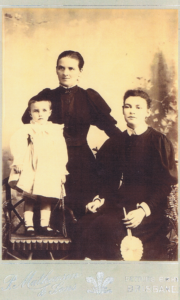 Not confirmed, but a possible Maggie and Sarah, her daughter and Maggie’s nephew who she helped raise after his mothers death following his birth.

Daily life continued and one by one their children left the family home to set up their own homes with only last born John (known as Jack) and his family remaining in the area. Sadly, Maggie died aged just 67 years on 20 March 1919 which left James bereft, his beloved Maggie was buried at Toowong cemetery on the following day. [11] &[12]

After Maggie’s death James decided to sell his Bulimba property. Heartbroken, initially he intended to return to Ireland, but then decided to relocate to The Summit near Stanthorpe where his other children were living. James survived just six years with his passing at age 83 years on 6 June 1925 at the residence of his daughter, Mary (Mrs. Arthur Simpson) of The Summit, near Stanthorpe.[13] According to a newspaper report his body was transported from The Summit to Toowong by the Sydney to Brisbane mail train.[14] This would have been arranged by Alex Gows funeral directors who were appointed to arrange his burial.[15]

In closing I would like to thank my 3rd cousin, John Carothers, great-grandson of James & Margaret for the information gleamed from his lovely family book ‘For Maggie Only’, the story of the Bulimba Carothers and also for the photographs from his family collection.