Recently many Australians have reeled from drought to flood, bushfires to mice plagues and of course, all this mayhem occurred during a global pandemic.  Is the world coming to an end?  Is it possible to maintain a comfortable existence with the natural world?  Obviously, these events are not unique to any particular country or time period and the same questions have been posed before – just ask the stunned Irish in 1839. 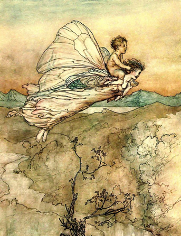 Following the successful passing of the Catholic Emancipation Bill on 13 April 1829 a new decade with religious cohesion had promised prosperity.  Moreover, the installation of constabulary police stations, infirmaries and fever hospitals throughout the 32 counties together with the introduction of a Poor Law within Ireland also raised hopes of relief within a poverty-stricken community.  From Donegal to Dungarvan, Downpatrick to Dingle, the entire country was riddled with problems. Anticipating nominal freedom with cancellation of the inhibiting Test Act, Catholic farmers and tenants grew increasingly antagonistic to paying Church of Ireland taxes with discontent culminating in Tithe wars.  Randomly, districts were seasonally impoverished by months of dearth ensuring greater dependence upon potato and buttermilk diets and hardships of hungry hordes heightened when herring shoals relocated far from Irish coasts and the textile industry collapsed except around north-east Ulster.  The population, estimated at two to three million in the 1770s, had reached over eight million by the end of the 1830s imposing unbearable burdens on food, employment and accommodation.  At this time, agrarian outrage also aggressively festered resulting in both convict transportation to the Australian colonies for perpetrators and reluctant migration to English and American shores for those with nothing left to lose.  French traveller Gustave de Beaumont who visited Ireland twice in the 1830s was so pessimistically disillusioned during his visits he commented in the 1839 translation of his tour book: ‘An entire nation of paupers is what was never seen until it was shown in Ireland’.

Then on Sunday night 6th January 1839 the entire island of Ireland was battered by a brutal and destructive storm, more injurious than any in living memory, one of the worst ever recorded.  In the morning light, shattered shards of towns, villages and farms indicated that wind, rain and snow had wrought total havoc, generating fires and floods, devastating fields and haystacks, destroying domestic buildings, manufactories and mills, drowning scores of people, demolishing forests and even opening graves of Williamite warriors at the Boyne.  All Irish lives were affected with the date recalled for generations.  Where were you on the Night of the Big Wind – Oiche na Gaoithe Móire?[1] 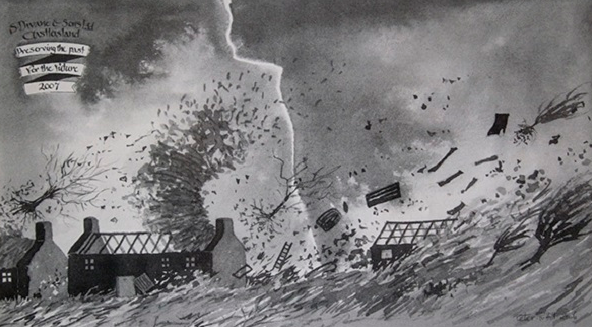 The situation was grim if the answer was Sligo. The Sligo Champion reported:  Scarcely a house in the town escaped uninjured; chimneys, sidewalls and roofs were shivered to atoms – entire houses levelled to the ground – ‘shutters literally torn from the windows of several shops, and the iron bars twisted as if by a giant’s hand’.  Thousands of displaced roof slates became missiles and when any thatched roof fell in, fire was inevitable as few householders had completely extinguished hearth embers.  Apparently along the Tyrone-Monaghan border every townland had its conflagration, then further south, over a hundred cabins were burnt in Athlone and almost as many in Loughrea.

The savage impact was visible particularly in the Midland region, along with Ulster and the west coast.  At the barracks at Mullingar, Westmeath, 1300 panes of glass were shattered and ‘Hay and oats lie scattered in all directions … such a scene of devastation and misery was never seen in this part of the country.’ The newspaper reporter in Portarlington considered that ‘No town in Ireland for its size suffered more than this,’ although nearby one witness claimed, ‘There is no town of Naas  now.  Every house is levelled to the ground.’  Crows almost became extinct for generations in parts of County Monaghan where the ground was heaped with battered bodies of birds. The Seaforde demesne, County Down presented a melancholy spectacle with nearly 60,000 trees uprooted.  Such a claim may seem exaggerated if James Joyce had not written of a County Mayo gentleman who lost 70,000 gentle giants – including trees planted hundreds of years earlier.

At Roundstone in Galway the Limerick Chronicle reporter learned of the drowning of twelve local coastguards. This tragedy was just one indication of dangers encountered by those at sea, trapped amid roaring waves which seemed to meet the sky, accounting for the majority of between 300-700 deaths during the frightening ordeal.  Wrecked ships numbered in the dozens, ranging from fishing boats, revenue cruisers and packets, to a New York bound emigrant ship, the Lockwoods which lost fifty-two passengers. 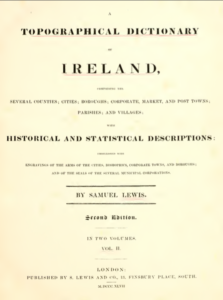 Despite all the turmoil experienced during this decade, records generated at this time have greatly assisted family historians. The Irish Poor Law Act of 1838 divided Ireland into 159 districts defined as Poor Law Unions with a workhouse established centrally in each one.  Griffith’s Valuation was commissioned to organize a tax on property to provide the financial base for promised relief.  In later years this territorial division was the precursor to electoral divisions which returned representatives to serve on the Board of Guardians and also as a basis for the district Registrar Generals’ Record Offices that issued civil registration certificates.  Main sources for the Big Wind are newspapers, oral recollections recorded by the Department of Irish Folklore held by University College, Dublin, writers such as Lady Wilde plus numerous historians and journalists including Ordnance Survey stalwart John O’Donovan quaking in his damp Glendalough quarters.  The most accessible reference book describing 1830s Ireland is the 1837 publication, Samuel Lewis’, Topography of Ireland, readily available on DVD, in print, on microfilm and on-line and also on the Internet Archive.

The onslaught which so severely damaged Ireland originated with a deep depression east of the Hebrides which tracked south-eastwards also inflicting misery in England and Scotland and across the North Sea reaching Denmark.  Lacking precise scientific meteorological knowledge, attributions for the violence extended far beyond weather conditions.  Were priests punishing unbelievers or had the fates specifically selected the timing as the catastrophe coincided with both the pagan Twelfth Night death walk and Christian revelations at Epiphany?  Fantasies increased with the realisation that the climax occurred on a Monday, traditionally the Day of Judgement. If these indicators were not plausible, others claimed that the upper atmosphere was somehow disturbed by Masons, millenarianism, Malthusian revenge, or maybe Belfast performances of two Beethoven symphonies. One remaining uninvestigated theory was the role played by the Wee Folk which perhaps cemented the idea that migration offered the only solution for this doomed land.  Traditionally on the night of the feast-day of St Ceara 5 January, fairies held revels throughout Ireland.  One folklorist maintained: ‘… their last great assembly was in 1839, when violent disputes arose … and the last portion of the fairy host quitted the Green Isle, never to return.  The hurricane and whirlwinds they raised in their flight was long known by the peasantry as ‘The Night of the Big Wind’.