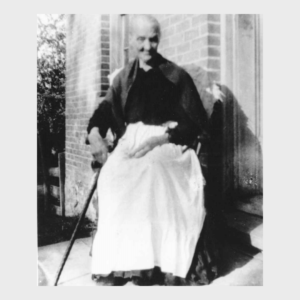 So, out there in this big world, who are we related to? Pretty much everyone. Could be someone we pass on the street, sit next to in a restaurant… anyone… anywhere. We’re all connected somehow. Anyone famous?

Years ago, I met a young woman from the UK who’s second or third great grandfather was a former one term Republican President of the United States, William Howard Taft. I thought that was pretty cool. So, I did a bit of research on him, curiosity mostly.

One of the bits of trivia that sits on the internet for eternity is that Taft was a very overweight president, he tipped the scales at 340 pounds. The commander in chief even got stuck in his bathtub.

It’s widely reported that it took 6 men to pry his slippery naked body out of the specially built oversized porcelain tub.

As we, the group of people gathering dates and names, fill our computers and notebooks with family history, the whole series of past events connected with a particular person or thing, we’re actually telling the “story” of our ancestors. In all kinds of ways.

Recently, I was very fortunate to be a speaker at RootsTech 2022, Family Tree Presentation and Sharing was my topic. I love this stuff. I love creating beautiful family trees, filling them with details and stories, then sharing them with my family.

One of the little fun things that all registrants at RootsTech 2022 participated in, as long as they had a family tree on the Family Search platform, was to connect with other registrants who were connected on a family tree.

This led me to connect with 4th and 5th cousins who live in the USA, who I had never communicated with before or even knew existed. We’re all connected through one common ancestor, my second great grandmother Mary Anne Shier. I make mention of her in my last blog post, “A Storyteller’s Voice Found in a Decades-Old Letter Adds to the Family Tree Story.” 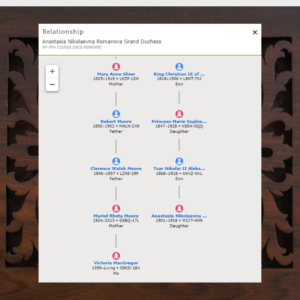 I can’t help to think that that lovely young English girl, who can claim an American President as a direct descendant, must get asked over and over if the bathtub story is true or not. Sometimes it’s best not to know.

I discovered a fun fact about one of my ancestors, it’s not a bathtub or naked president story, but evidence shows that I’m related to Tsar Ivan IV Vasilyevich “the Terrible” (1530-1584), he’s my 10th great grandfather.

The RootsTech 2022-Mary Anne Shier connection led to another not necessarily fun fact, more of a tragic fact, Tsar Nikolai II Aleksandrovich Romanov of Russia is my 8th cousin twice removed. His daughters, the famous Romanov sisters, including the mysterious Anastasia are my 9th cousins once removed.

One would have thought this would have been family folklore, but no. No one in my family knew this.

Of course, I got more curious. I’d always had an interest in the Romanovs, and the tragedy of the two Russian Revolutions in 1917. The first destroyed the monarchy and the second installed the Bolsheviks as the leaders of Russia. I was fascinated by the mystery that surrounded Anastasia and if she actually died with the others in 1918.

So, for a little added fun why not see if I’m related to the British Royal family. I wonder how many small “g” genealogists have done the same? Kind of like Googling your own name. 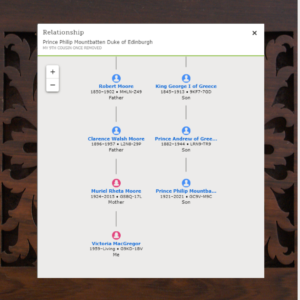 Before you say, “Ya, right, Victoria, sure you are,” consider for a moment how huge the European monarchy was some 500 years ago, and how many of us might potentially claim some kind of ancestral relationship to a branch of a long since forgotten royal dynasty. I suspect there are tens of thousands of us, if not more.

The punch line isn’t that I’m related to Queen Elizabeth. Not directly anyway. But her husband is a different story, Prince Philip Mountbatten Duke of Edinburgh was my 9th cousin once removed, same as Anastasia.

In the case of Prince Philip, that means that I am a very, very distant cousin of three future Kings of England. Although I’ve yet to receive my invitation to this year’s jubilee celebrations.

There’s a story in all history, literally. Descendants of the same two individuals, albeit hundreds of years ago, grew in completely different directions. Lives for my great great grandmother Mary Anne Shier couldn’t have been more different than that of her 5th cousin King Christian IX of Denmark. Christian was a king, and his son would be a king as well. 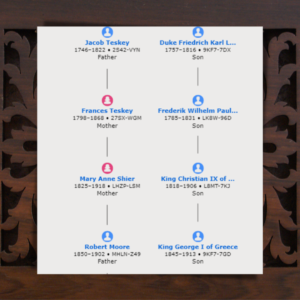 King George I of Greece

None of the famous this or that is what is the true interesting story for me. My attention lies firmly at the feet of my great great grandmother Mary Anne Shier. Her story and her direct ancestors’ story. Which appears to evolve over the centuries and generations, moving away from German, Russian and Greek royalty to poor German Palatines.

Mary Anne was a poor Irish immigrant farmer, mother of four, pregnant with her 5th child when her husband Walter tragically died when his sleigh fell through a frozen lake as he was returning home from an early spring trip to get supplies. The struggles that follow and her amazing strength are things of legends, folklore that has been passed down through the generations.

The discovery, this happenstance that I am related to Kings (past, present or future), Countesses or a murdered Russian Tsar, and his four teenage daughters, isn’t some kind of status symbol, no not all. It’s certainly interesting for sure and one that I’ve shared with family, but I tend to spin it around and look at it from another angle.

In fact, all that royalty, all those Counts and Countesses are related to me, and others just like me who I’ve been fortunate enough to connect with while on this storytelling, story sharing journey of mine.