↓
GSQ Blog→Brisbane→Bardon→Telling our own stories. 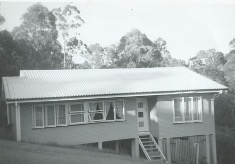 The family home at Bardon

GSQ has scheduled me for two guest blog posts a year. Every time my turn comes around, I struggle for a topic. What is going to interest other family historians? This time I’m going to write about something that I’m working on now with my own family history. And that’s trying to tell my own story.

We spend lots of time researching our ancestors, but we also need to remember that in 100 years or so, someone will want to know about what our lives were like. There has been enormous change during our own lifetimes. Just think, black and white television replaced radio, colour television dazzled us, computers, the internet and the smart phone that now controls our lives.

Even our homes have changed. The ensuite is a must have now and my childhood home had the old ‘dunny’ out the back. Bandicoots, bats, owls, wallabies, probably snakes and spiders were a hazard if you had to pay a visit during the night. Sewerage and an indoor toilet were such a luxury. But in our small three-bedroom one bathroom home, the only place the toilet could go was in the bathroom which had a bathtub. Later we added a shower over the bathtub. Thankfully there were only four of us but even so, the demand for the toilet when someone was bathing often caused some angst.

Photographs help us to understand how we lived, from homes, churches, schools, and working lives. What clothes we wore, and I can remember our best clothes for going out. No leaving home looking scruffy.  Our school uniforms were not for playing in. High school uniforms were regimented back then – as a skinny 12-year-old what was I doing wearing stockings, garter belt and a corset under a knee length uniform with a petticoat and wearing gloves and a hat. Not everything belongs in the ‘good old days category’. 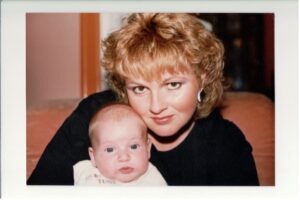 Mum kept all my high school reports so I can look back and see that history was my favourite subject. I’m still weak at maths and art. These reports act as prompts to stimulate my memories of school, the teachers and my classmates. We always say it is a small world and sometimes it is. One of the girls in my high school photo came back into my life as a breast cancer nurse, 50 years after we last saw each other.

What happened in our lives after school? We went to work, we travelled, we married, maybe divorced, remarried, had children, careers and hobbies. My parents despaired that I would ever settle down and have children. My brother was following in my footsteps which didn’t help. When my son finally made them grandparents, I think they took hundreds of pictures of Adam’s every move.

Special occasions also meant more photographs. Birthday parties, Christmas lunches, sporting events and every other aspect of our family life was captured. When my brother and I cleaned out Mum’s unit, there were literally bags and bags of photographs. I’m selecting the best to digitise and share with my brother. 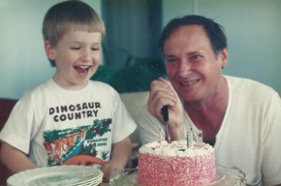 We always tried to celebrate birthdays together as a family. My son loved helping his grandparents blow out their birthday candles. For Dad’s birthday in 1993 we bought these trick candles that you could not blow out. Both Dad and my son had a good laugh together when they realised the trick. In fact, it is one of the few photos with the father smiling. Good memories.

Silly hats were a Christmas tradition that I still like to follow. This year I am heading over to Sweden for my first ever northern Christmas with my son and his family. Should I take some Christmas crackers in my luggage? Or will I just go with whatever the Swedish traditions are? One thing I do know is that my suitcase is already half full of presents for my first grandchild who will be seven months old when I get there. It is a shame that they don’t live closer, but with technology I can see videos of him, and I have photos to show others that I am finally a grandmother. 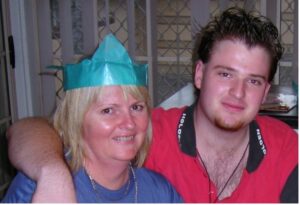 Christmas with my son in Brisbane 2005

Travel is one of my passions and my Swedish trip will also see stops in Dubai, Copenhagen and Singapore. My first ever overseas trip was with a girlfriend on the cruise ship Fairstar in 1975. We went to Noumea, Vanuatu, Fiji, Tonga and New Zealand. I caught chicken pox somewhere along the way and was quarantined on the ship after we left New Zealand. It was a particularly bad case and because we had been to foreign countries, I was taken off the ship and spent a week in St Vincent’s Hospital for Infectious Diseases in Sydney. No visitors were allowed, and doctors and nurses all put on protective gear before entering my room. Eventually they discharged me, and I could fly home to Brisbane.

Travelling alone can have its scary parts and I have been frisked/patted down in more airports than I can remember. That can also be funny in retrospect. Leaving Seattle in the USA to go back to Vancouver in Canada in 2018 I was pulled over and told that the x ray machine indicated I had a gun in my underwear (panties). I laughed but they were serious. While I tried to keep an eye on my handbag and on-board luggage, I was taken aside and frisked quite intimately by a female officer. On my recent trip to New Zealand the machine again beeped, and another frisk down took place. It was hard not to laugh when the female officer was feeling my boobs (latex moulds in a bra courtesy of the double mastectomy I mentioned earlier). 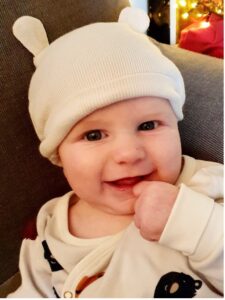 These are just some of the highlights of my life. I loved school and learning but some of the teachers were not that inspiring. I love travel and I hope that there are many more trips ahead of me. Even better if I can take my grandson with me, and I hope he will have English as a second language. I’m not sure I can learn Swedish beyond a few basic words at my age. Some of my high school French comes in handy at times when travelling.

Why not try to write 1000 words about your own life? What would you include? Remember our own stories will interest our descendants. If we don’t share our own life memories, who will?