With bells clanging, the fire brigade raced down James Street in Fortitude Valley from their Brisbane Headquarters carrying the new Ajax ladder as a call had come through that premises on the corner of James and Arthur Street were on fire. By the time they arrived the building was well and truly ablaze but thankfully there was good water pressure and with the aid of the new ladder, the firemen brought the fire under control fairly quickly. This was the home and commercial premises of my great-grandfather’s brother, William McKee Irvine. Read more on the outcome later.

William and his twin, Margaret were the second set born to James & Sarah Irvine.[1] It’s not hard to imagine that Sarah had her hands full following the babies’ arrival on 13 May 1851 at Killyleagh in County Down, Ireland as her previous confinement produced another set of twins just two year previous. This was my ancestor Robert Gilmore Irvine and his twin, Andrew Gilmore Irvine.

Following in his sibling’s footsteps, William emigrated to Australia in 1882 and about this time he added the middle name of McClurg for a short period. [2]  An aunt of his had married a local McClurg lad, however from the turn of the century, he was consistently using the name William McKee Irvine as McKee was another of his favourite aunts. By 1894 he was residing in Arthur St. Booroodabin, now known as Fortitude Valley in Brisbane, although he appears to have purchased the premise on the corner of James and Arthur Streets not long after this. William Irvine was listed as being a Cab Proprietor in early 1900-1909 however as well as the James and Arthur Street property he also spent time farming in the Warwick region where other family members lived. 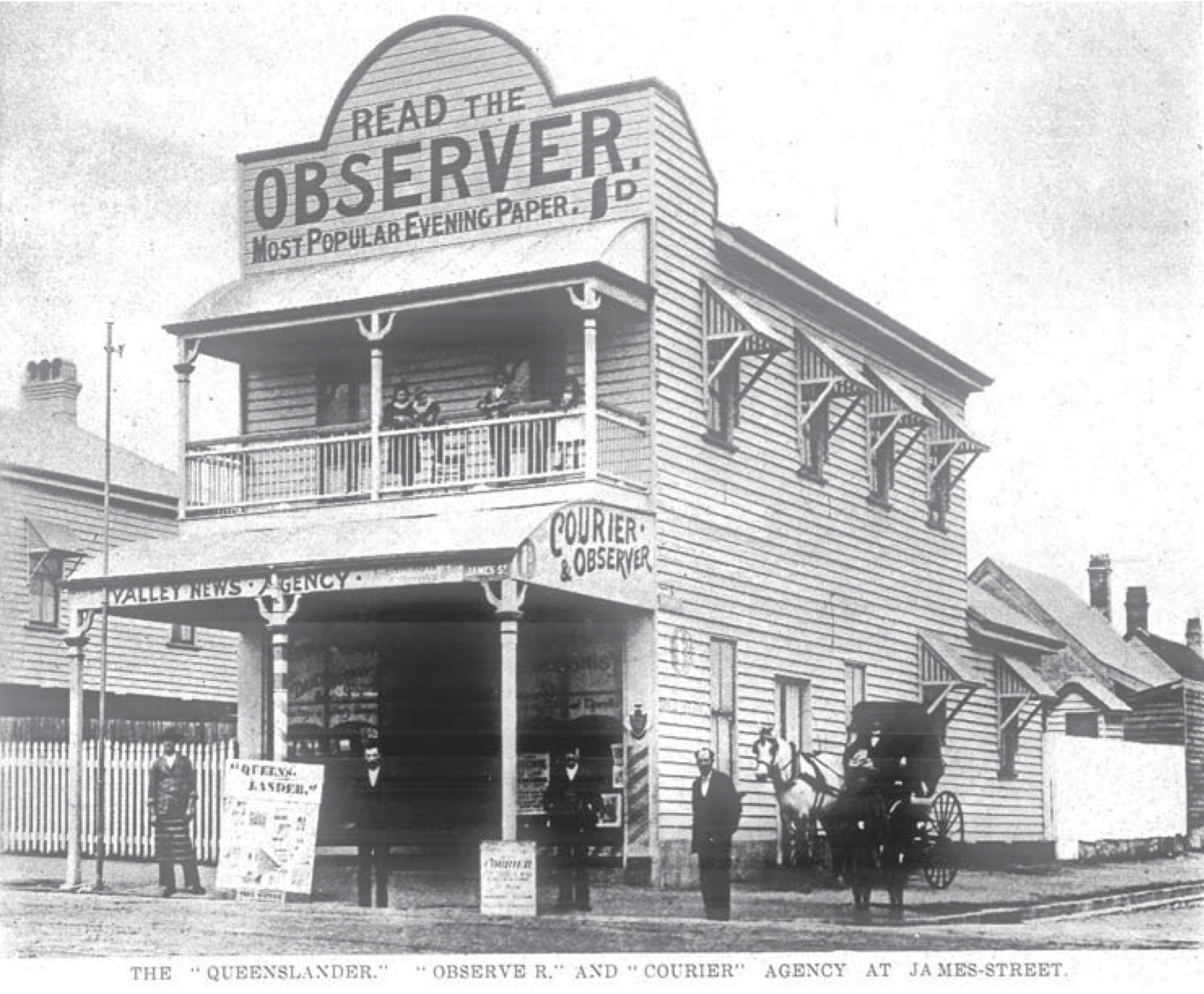 Picture of William’s premises on the corner of James & Arthur Sts., Fortitude Valley. Originally in ‘The Queenslander’ 28 July 1900 Page 7

His brother James Irvine Jnr and their elderly parents joined the Irvine siblings in Brisbane, arriving in 1888.[3]  Within months of his arrival James Jnr was noted as being a Bootmaker in Merthyr St New Farm, two doors from his carpenter brother, Robert. His parents meanwhile had moved in with William in the James Street residence and James Jnr also moved there from 1892. A family member recalled hearing that the James Street home of James & Sarah was underwater in the great Brisbane floods of 1893.

James Jnr married Agnes Josephine Wilson on 12 June 1894 and the couple set up home together above the shop. By 1895 he had taken over the store continuing to reside above it with his wife and children. The shop traded as The Valley Newsagency. Their first child, Margaret (aka Peg) was born on 7 March 1895, followed by Mary McLean Irvine on 28 June 1897 and a son James Campbell Irvine on 7 March 1899.  However this baby died a week later on 15th March 1899 and was buried with his Irvine grandparents at Toowong Cemetery. 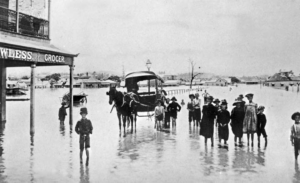 The photograph of the shop (above) was taken during James’ tenure.[4] The James Street shop building is the same building, albeit repaired, that still stands today on the corner of James & Arthur Streets. Within the wider Irvine family there are photos of other family members’ shops in existence at this time and it seemed to be the practice that various family members ‘posed’ in front of the shop for the occasion. The buggy in the photograph is the same one that was in a picture of Andrew Irvine’s shop cc1895 in Leichhardt Street, Spring Hill.

James Jnr remained as the storekeeper until at least 1910 and was also listed as a Bootmaker on the electoral roll during this period. Agnes was listed as being at the residence in 1903, missing in 1908, but listed there again in 1913 along with James.[5]  Agnes died on 26 July 1914 and James Irvine Jnr died on 25th February 1927 when 79 years old.[6]. The business lease on the shop was taken over in 1913 by the Wolstenholme family and then in 1920 or so by the Fleming family, with whoever leased the shop also living in the accommodation above the premises. Their father in law, Charles Frederick Green also resided with them from 1930 or so.

William’s residence in James Street caught fire about 1:15am on the morning of 22 February 1932. A deep understanding of the happening on the evening of the fire was gained from the Inquest following it.[7]  At the time there were five occupants in William’s residence including William himself and the extended Fleming family. Mr. Fleming tried to save the proceeds of two shops but was cut off by flames and had to jump from the top floor window about 25’ down onto a lane at the side of the house, injuring his foot. 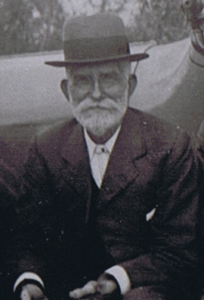 Mrs. Fleming escaped by scrambling down the verandah post and suffered from shock with her hair singed, but her daughter escaped injury. Mr Green, who discovered the fire, escaped by climbing over the back balcony onto the roof of the kitchen, onto the tank and then to the ground.[8] At the inquest Mr. Green said he had run along the passage way dividing the two houses and saw William who was black in the face. He asked him “Are you hurt?” but got no reply, so caught hold of his arm and led him to the street where he sat down, William was obviously suffering from shock.

William was badly burnt and admitted to Brisbane Hospital by ambulance that evening.[9]  The fire was reported in the Brisbane Courier the following morning and family members learnt of the event when listening to the early news on their radio. When William’s brother, Hugh Aitken Irvine who lived at Wynnum, learnt of the fire he rushed to the hospital and stayed with William until he passed away.

In this period William was conscious at times and able to talk to Hugh and Police Constable Rea. He told the officer that he was woken by the calls of fire and saw flames coming up the stairway and was confused so rushed through the burning door on to the front balcony and received his burns. Sadly, William died two days later on 24 February 1932.[10]

[2] In statement of 1932 William had been in Australia since 1883, however I have been unable to find the correct immigration record for this period.

[5] It appears Agnes may have been an inpatient of the Diamantina Hospital in Brisbane.