Much of what we learn about our ancestors comes from information gathered by us, the “family historians”, from birth, marriage and death certificates, census and immigration records and other documents gathered after hours of painstaking searching of every site and archive available to us. If we are lucky, we have family photos, hopefully labelled, and other handed down treasures and documents and we may find articles mentioning our family members in old newspapers. Often there are stories and “facts” passed along the generations, be they true, embellished, changed via Chinese whispers, or pieced together from a few clues found along the way and assumed to be accurate. 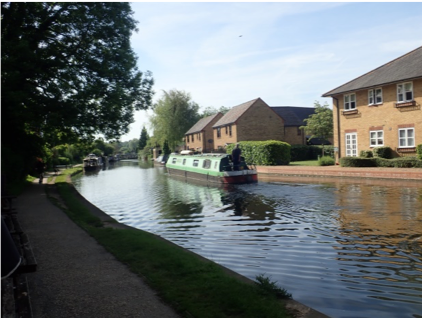 My husband Greg’s great grandparents, Alfred Dean and his wife Katie Eva (nee Coote)  lived in Berkhamsted, Hertfordshire, England, prior to their migration to Australia in 1928. They had two sons; Alfred Edward Coote Dean (Greg’s grandfather) and Philip Ambrose Dean who had migrated earlier in 1920 and 1924 .

Berkhamsted is a historic market town situated 42 km from London. The Grand Union Canal (left) flows through the town and in its heyday was a major transport route from Birmingham in the industrial midlands to London where it flowed into the Thames. 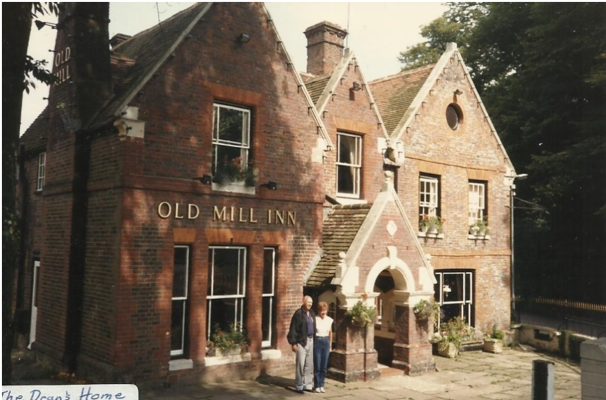 Greg’s parents in front of the Old Mill Inn

Greg’s father, Keith, always believed and told us that the family had lived in the rather large Old Mill Inn, a converted canalside corn mill in Berkhamsted which today operates as a popular restaurant.  Whenever any of the family made the pilgrimage back to Berkhamsted, a photo standing outside the Inn was a must. The resulting snap took pride of place in the photo album of the trip and was labelled “the Dean’s Home” or “Keith’s grandparents’ house” or something along those lines. We all had “the photo”, Greg and I included. You can see Greg’s parents, Shiela and Keith, proudly standing in front of The Old Mill Inn.

No one ever questioned that the family had lived here. Why would we? That was, until I began to research the Dean family history.

I collected all the usual documents, including the birth, marriage and death certificates, census and immigration records. Luckily we had a number of other documents and photos including the passport photos of Alfred and Katie Eva when they migrated to Australia.

It wasn’t until I looked at the census records that things started to appear differently to what I had expected. Instead of High St/London Road, the address of the Old Mill Inn, addresses of Ellesmere Rd, Clunbury House, Ravens Lane, started to appear. When I found the 1928 migration records for Alfred and Katie Eva, Alfred was listed as a Manager at a Chemical Works, it didn’t sound like he ever lived at the Inn.

The major employer in Berkhamsted was Coopers Chemical Works which was established in 1852 in Ravens Lane by William Cooper, a veterinary surgeon and businessman. William had arrived ten years prior with a few possessions of his veterinary trade and his mortar and pestle. Over time he developed an effective formula to combat sheep scab, the scourge of sheep. Coopers became an international company producing sheep dip from a powerful mixture of sulfur and arsenic.

Wanting to “get to the bottom of things” I contacted Jenny Sherwood, the Archivist at the Berkhamsted Local History and Museum Society for help. Jenny confirmed the addresses I’d found on the census records and that Alfred had indeed been the Works Manager at Coopers and thus entitled to live in Clunbury House which had been built onsite as a residence for the Works Manager of the time. But where did the reference to the Old Mill come from? Jenny asked me if I’d ever seen the letterhead for Coopers Chemical Works, which I hadn’t. She promptly sent me a copy and wrote about Alfred:

Clunbury House belonged to Coopers as probably quite a number of earlier addresses also did too. As he moved up the employment scale he obtained a bigger house. It so happened that among the effects of a recently died History Society member, aged 91, was a folder of faintly typed record titled ‘Cooper History Record 1843-1943’.  I have ploughed through that and discovered a number of references to George Dean and Alfred Dean. It appears that all the family were closely involved with Coopers, George working as a carpenter and the Founder, William Cooper thought the world of him……..Now why the “old Mill”? The original mill with a picture of the horse pulling the mill stone to grind powder for the sheep dip was referred to as the old mill (see below left). Clunbury House in Ravens Lane where Alfred lived when he was manager was very close to the old mill and can be seen in one of the firm’s letterheads. I am sending you (below right). Alfred was the last tenant of Clunbury House. Mr Alfred Dean retired from the position of Works Manager in the early days of April 1928. He had been on the Cooper payroll since 1885.…….Now the Old Mill House Hotel (Inn). This house is on the site of one of Berkhamsted’s three water mills mentioned in Domesday. It had no connection with Coopers that I can find and was worked as a corn mill until the early 1900s when the water supply dried up. 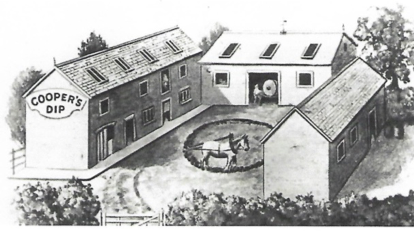 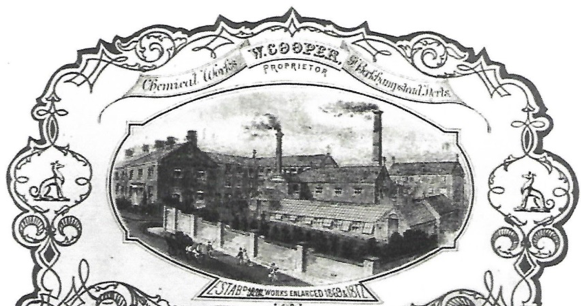 George Dean, who Jenny referred to was Alfred’s father. As a carpenter, he constructed timber boxes in which the dip was packed. The following may refer to George.

William Cooper was evidently rather quick tempered. The son of one of Cooper’s head foremen recorded that: ‘Dad and he were occasionally at loggerheads; he had to sack Dad about once a month, but he always sent for him the following morning. He was always apologetic. “Now, Dean. Let it be understood between us that whenever I sack you, always turn up at 6 o’clock the next morning”. Sometimes Dad would not go to work next morning in his wrath and then he was sacked again but he stayed out his life with the firm nevertheless. Stephen Halliday Berkhamsted Review (Dec 1996) 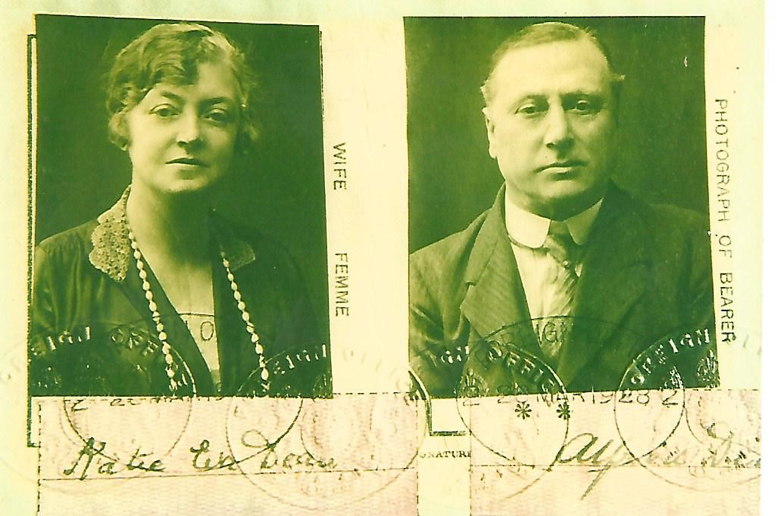 In Keith’s defence, he genuinely believed his grandparents, Alfred and Katie Eva, had indeed lived in the Old Mill Inn.  I have since discovered a document in my father-in-law’s paperwork which may explain the confusion; it is a Protection Certificate and Certificate of Identity for Alfred’s son (Alfred Edward Coote; Keith’s father) dated 14 February 1919 which has his address for pay listed as Mill House, Berkhamsted. (Mill House ~ Mill Inn?!)  Keith had no contact with any Dean family members back in Berkhamsted who may have known more of the family history but he did have regular contact with his maternal Clarke cousins, Doris and June in Berkhamsted both of whom have now passed away. They had all assumed the old Mill was in fact the inn especially given the fact that the chemical works and Mill had been demolished and that The Old Mill Inn was quite prominent in the town during their lifetime. 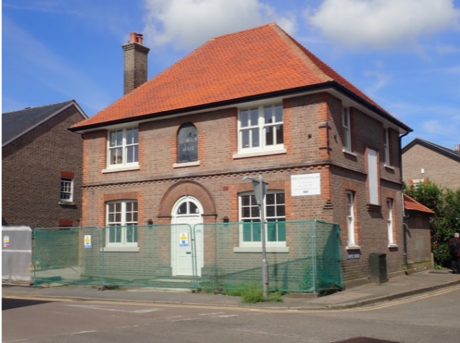 Perhaps also Keith had been told that his grandparents were publicans. In fact his maternal grandparents were publicans. This could also have added to the confusion about where they lived. Katie Eva’s father, William Coote, was a publican at the Brownlow Arms, a smaller establishment in Berkhamsted. After William’s death in 1888, Katie Eva’s mother, Charlotte, took over.

So by putting two and two together, the family had, I believe, innocently come up with five, using the little information they had. They didn’t have access to records we do now or the benefit of contact with living relatives who may have known the correct story.

It just goes to illustrate how easily we can “assume” from a few facts and I bet most of us have done that at some time in our research!